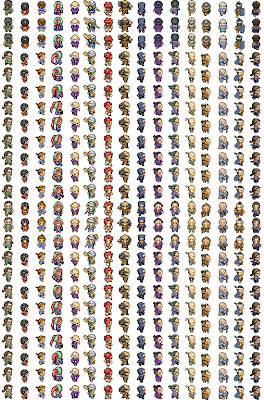 1. To get out of this fucking dungeon.

2. Revenge on a major monster in the dungeon. Random location. Roll a d12--whichever is furthest away near that o'clock

3. A fantastic treasure hoard they believe to be located...If your rooms aren't numbered so as to be rollable on a dsomething, roll a d100 and a d100 --it's somewhere around that location, treating the map as a cartesian grid.

4. The PC with the highest Cha.

5. A magic item they believe to be in the dungeon. This can either be one you already put in there or--if there aren't any--a regular item that you have in the dungeon that this loser thinks is magical.

6, To desecrate one of the altars in the dungeon.

7. To stir up dissent within one of the occupying factions (the goblins, the cultists, whatever) in the dungeon

8. To locate the rest of his her party.

9. To invent preposterous but plausible objectives to keep the PCs busy while s/he bumps them off one by one.

10. To slay and replace one of the heads of one of the factions in the dungeon.


Why Should The PCs Care? 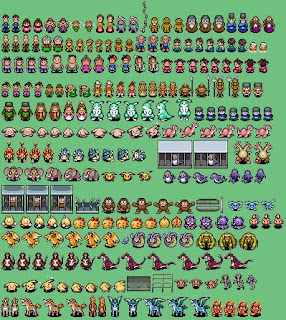 2. NPC secretly or overtly controls a powerful faction in the dungeon.

3. NPC demonstrates extensive knowledge of much that is hidden--and will reveal more in exchange for aid.

6. NPC is on good terms with powerful creature in the dungeon and can get the PCs past it.

7. NPC has oracular powers or is a cleric with a few cure moderate woundses up his/her embroidered sleeves.

8. NPC is Sacred Fool of cleric's religion and cannot be harmed. Actual aiding is optional, but is recommended for ambitious holymen.

9. NPC is in a position to offer the PCs a sizable monetary reward once they are safely out of the dungeon.

10. NPC is like part faerie or leprechaun or something else enchanting and annoying so if the PCs don't help things may get a bit "whimsical".

Imagined conversation re: Why Care #5--

DM: Bimbi the Cleric says she wants you to help her find the Sword of Snard.

Player: I tell her no--we're too close to finding the thoul lair.

Ok, it's creepy-funnier if you imagine the exchange happening between two seated, neckbearded D&Ders munching on beef jerky and swilling Mountain Dew.

There is nothing, absolutely nothing that motivated my old party more than the threat of things getting "whimsical".

11. She is looking for parts. Strange parts.

@worth
cool!
if you want to smooth it out, change the die and direction notations so they just produce numbers and direction right outta the box--have the results pick a gender for the NPc and use the library from Fantasy NPC (Basic) to have the table tell us what kind of NPC it is

@Zak
Thanks, but you're the one doing the most work here ;)

I've tried to smooth it out a bit, i'll do some more later. If anyone feels like adding/modifying it, feel free to play :)

Kent, have you ever tried creating? The creative process is used to make real hundreds of possibilities which then go on to spark more and more ideas - none of them is an end in itself. Artists use sketchbooks, because merely thinking about possible designs is not enough.. one must see them first and then work on them some more and maybe take one or more in new directions. Writers produce several drafts for the same reason. And musicians. And so on. Whatever you are doing Kent, you are denying yourself the joy of artistic creation and expression. Try it.

@Dan
Leave the poor sap alone, he's just offended because he -is- an NPC.

Yeah, this is helpful. I've just started DMing again after a few years, and realized that I'd kind forgotten how to provide clear motivations for the PCs past "here is a dungeon, explore it" or "the priest will pay you gold to kill the witch."

#7 (can heal) is something I had not thought of before; will definitely use.