You can get killed outside or inside... 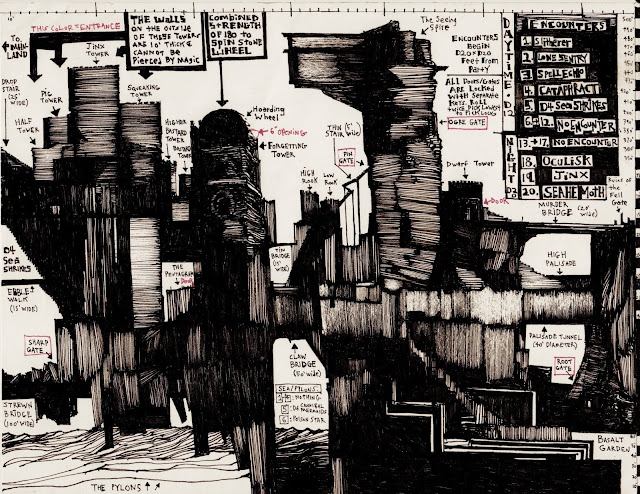 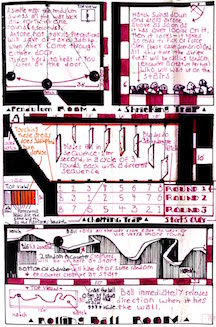 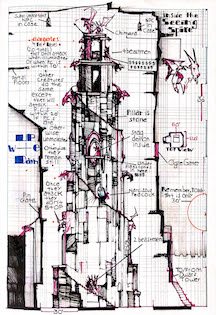 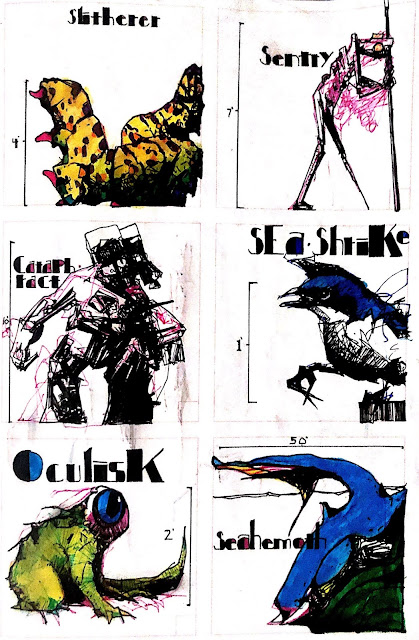 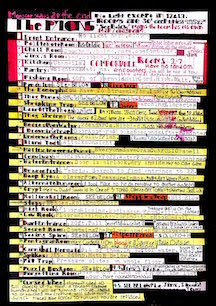 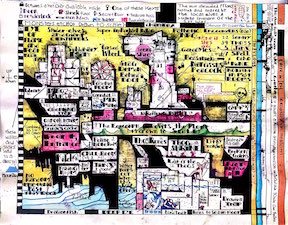 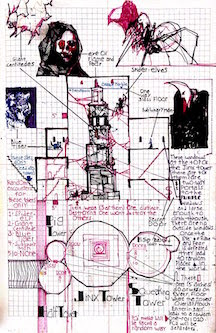 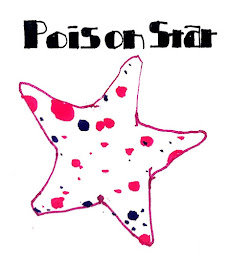 The Right To Suck

So here's a thing a game designer said. It's a simple line of reasoning so I'll just quote it: 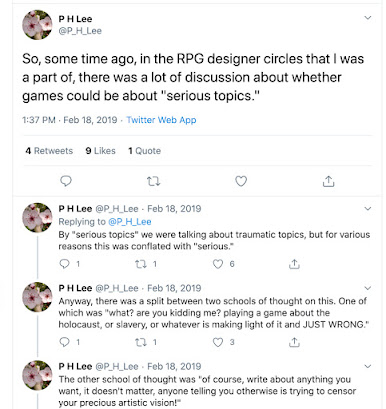 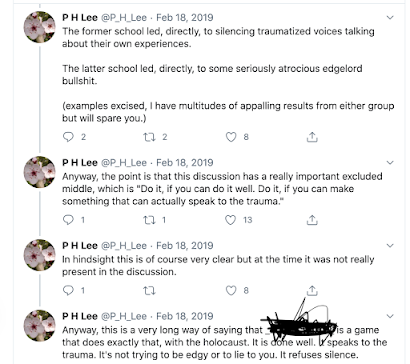 The first obvious conclusion here is that if this incredibly elementary idea wasn't even brought up, these game design circles this designer hung out in weren't exactly great or productive places to hang out and someone smarter should've been around.

But more importantly it's mind-blowing that "Do it if you can do it well" is presented as a conclusion to a train of thought rather than an easy second step. Because, of course, whether you did it well is subjective.

It's subjective not just in the sense of one snarky english major will argue that, say, Blood In The Chocolate is an effective satire of the perversity and brutality of colonialism and another snarky English major will argue it isn't and it just feels racist, (and the same dynamic is true for sex in Hot Guys Making Out, or Bliss Stage, or fascism in Warhammer 40k, or any other difficult issue in any other game) it is also subjective in a second and more important way:

Two actual people actually picking up the actual book or playing the actual game and dealing with actual (let's assume) totally valid trauma can have two different actual responses to the edgy art based on their lived experience. For one it may be therapeutic and for another it may be retraumatizing.

1. How the fuck does any adult end up with a platitude like "Just do it well"? How is that remotely acceptable as the cutting edge of thinking on whether you get to morally condemn a fellow human being for their art or not?

2. And, subjectivity aside, how does anyone learn to "do it well" without doing it poorly a few times first?

Put your answers in the comments.

These just arrived from the graphic designer (yes, there are typos). Click to enlarge. 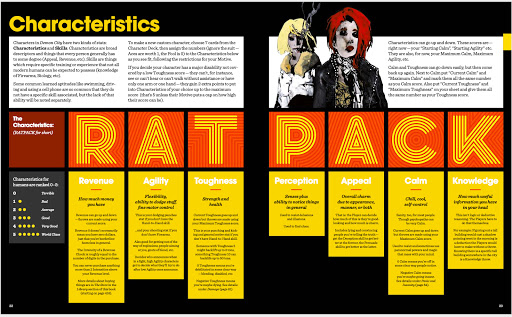 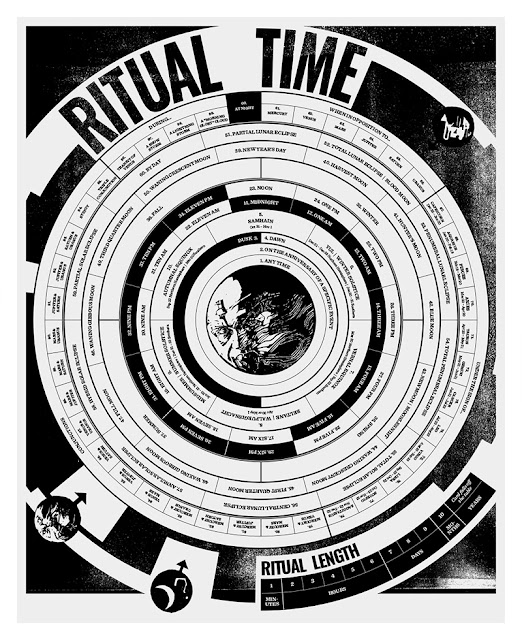 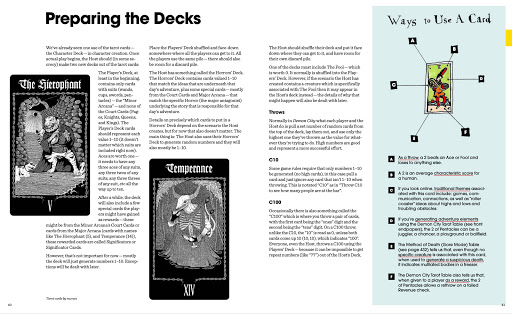 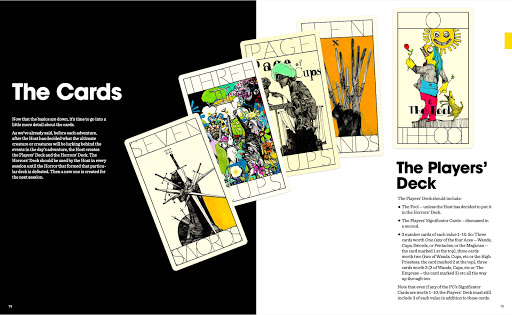 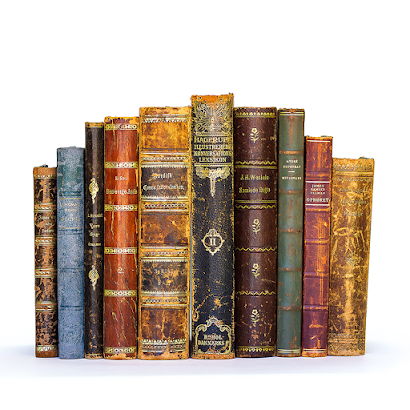 Somewhere, in all these dusty RPG books, a great idea got lost--that spells are for wizards, and wizards should have to look them up.
This is also a nice option for those of you who don't like Vancian magic's whole "out of spells for the day" thing.
UNIVERSAL SPELLBOOK RULE
Basic premise
A wizard can use literally any spell from any book they can find, including ones for higher-level wizards. Another edition, another setting, Call of Cthulhu, Warhammer, Shadowrun, Sea Dracula whatever. They can even use spells from non-gamebooks like the Lesser Key of Solomon or whatever. It doesn't even matter how many spell slots you have left--you can just keep going at 0 if you're crazy enough.
How this isn't as good as it sounds:
Base chance to succeed is 60% plus or minus modifiers below. Misfires are nasty.
(Minimum chance, no matter what modifiers are applied, is 5%) 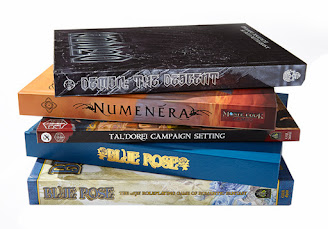 Interpreting the spell:
To start with, the casting player reads the spell aloud, stopping whenever the spell refers to a number (5' or level-number of targets or 3d6) or a game mechanic that doesn't exist or work the same in the native system (referring to saving throws or a dice pool in a system without them, for example).
The player then must translate the spell, as follows:
-Each time the player reaches a number they can propose the number remains the same or they can propose an alternate number or range that they believe is an approximate local-system equivalent of that number (for example, if a spell from a 2d6 system says +2 the player could propose a +3 for a d20 system).
-Each time the text refers to an alien game mechanic, the player must propose an alternate way to account for that feature of the spell. For example, a spell which reduces an enemy's Dodge Pool might instead reduce their armor class and saving throws in a system without a Dodge Pool. If the spell costs Magic Points and the native system has no Magic Points then the player might propose a loss of hit points or a save vs a loss of hp. Numbers again must be provided.
If the GM agrees with the translation of a given change or thinks the change makes the spell less powerful than it is meant to be in the original system, it is applied to the spell description.
If the GM doesn't agree with a change because it seems to make the spell more powerful than it is meant to be in the original, the change is still applied but the caster subtracts -10% from their chance to successfully cast the spell.
Ritual actions or components from the original still must be performed/used.
Other Modifiers
Modifiers based on the caster
For every point of wizard's intelligence +1%
For every level the wizard has +1%
(What if the system doesn't have D&D-style stats and levels? Then GM estimates caster competence and experience on a scale of 1-40 within that system and applies that as a lump sum modifier.)
Modifiers based on the spell
The book the spell is from is not an RPG book: -40%
Same basic game (all editions and retroclones of D&D are "the same basic game", for instance) but a spell level the caster's not normally able to access: -5% per level differential
Different basic game (or not a game) and the GM thinks it's more powerful than the caster's normally able to cast, that is, it looks like a "higher level" spell: -20%
This spell has already been successfully cast by this caster: +2%
Different era of magic: -5%
The eras are
-70s-80s and modern retrogames
-90s
-21st century
Succeeding in the Roll Means...
The spell works as described. Succeeding in the casting roll does not mean you get to skip any other die rolls that may result in success or failure within the spell description. 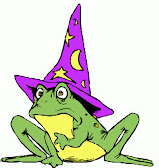 Failing The Roll Means...
The spell is cast in a way counter to the PC's goals and the more powerful the spell, the more powerful this backfire will be. Most backfire dweomers will simply take a choice that the spell gives the caster and make a different choice. Usually this is a choice of target: a Power Word: Kill spell miscast will, obviously, kill the caster, a miscast healing spell will heal enemies, etc. but this can also apply to other choices--a wizard using a Minor Creation spell to create a bear trap might instead create a foul-smelling mushroom that attracts monsters, or a wizard trying to change the weather to create rain to kill a fire elemental might summon a hurricane, unless that's also fine with the caster, in which case it might result in boiling heat.
Since magic cares more about will and intent than physics, attempts to game the system won't work--a caster who is immune to flame who botches a fireball will be struck by an ice ball, a caster trying to fail a healing spell on purpose in order to heal enemies and make peace will end up inflicting wounds on their allies, etc. Trying to take advantage of the "cast this spell before" modifier by making lots of low-risk Wishes for instance ("I wish for more toothpicks") won't work because the backfire is as powerful as the spell itself, not the way the caster chooses to use it.
A miscast should create a problem approximately equal to the expected benefit but, more importantly, the fear of a miscast sending the spell into the hands of the GM should act as a self-balancing mechanism on the power of spells chosen.
-
-
-