This Is A Cursed Text

Years ago, they hired me to write the 5th edition of Vampire.

Then a bunch of people harassed the company and I got thrown off the game.

Due to these same peoples' continuing harassment, Vampire 5e died.

I took all the ideas I had when working on Vampire and said fuck it I'm making my own game. I hired a diverse crew of the cream of the OSR crop to help write it. People of different backgrounds from different countries straight queer cis trans but all people I knew had ideas that I'd liked over the years.

We wrote and drew our hearts out.

But it turned out that the woman I love--a victim of mentall illness--progressed to the point where she lost contact with reality, my actual life became a horror game, and my wife, the people who harassed me off Vampire, and most of the cream of the OSR crop I'd hired to make that new game got together and destroyed my life.

Throughout this, me and all the people on the game who actually had been around for the last ten years and seen what had gone down kept working on the game. We had to.

I had said we were going to produce the greatest horror game in the history of RPGs.

The contributors who remained went through a lot during this time:

One got shot in the eye by the police. One tried to help form a health care worker's union and it didn't work but they wrote about it for the New York Times. One got nominated for a National Book Award. Others got divorced, engaged, got covid, lost pets, medically transitioned, dealt with addiction and dozens of other things people deal with.

And throughout this the comments section for the Kickstarter was a nightmare: the harassment campaign had spread there, of course, the harassers got really mad when told that if they thought I'd done anything wrong they should say that under oath and help the "victims" they were alleging were out there somewhere, and they complained and complained that the game was late. The graphic designer just did what he was supposed to: he took the time he needed to make the game as good as he could.

They aren't complaining any more.

The Demon City backer PDF was released and now it's just:

"This game is incredible. Lots of good ideas and a game design masterclass. Wow! If anyone wants to sell a print pledge, I would like to buy it"

"Slayed it guys. Absolutely slayed it. This books is as much art as it is a game. FKING amazing."

"Here is one for the haters: I backed and bought a lot of RPG stuff over the last couple of years. Today a lot of products are just given you some fancy looking bare bones or rushed and untested game material. Demon City took ages to complete but with over 400 pages a lot more stuff then hoped for. For me it was totally worth the time."

"Wow, this book looks incredible. It's been a long wait, but I've never seen a better-looking TTRPG book, period. Can't wait to get my hands on a physical copy and keep it out as a coffee table book. Just starting to dig in and I love the idea to use examples of play to demonstrate what each section of the rules is going to talk about. The quick guide for character creation will also be super useful to reference."

"You all utterly, utterly nailed it :-D I've been poring over it for a day or so now and there's so much good stuff. I like how initiative is done, it feels really novel. Killer art and design too."

"This looks amazing. Just taking in the artwork and the page design, it's incredible. Well worth the wait. Looking forward to diving in and getting a game going. Thank you all for what was unquestionably an enormous amount of work."

I hated a lot about this process.

What I maybe hate most of all is that this game is really, really, good and I hate that we had no choice but to make it really really good. 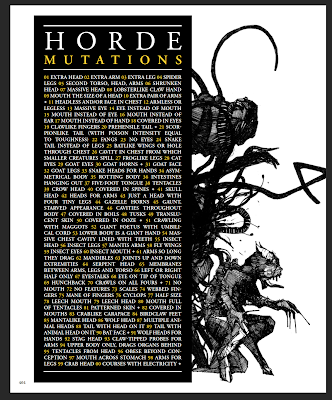 This is the fourth time I've tried to contact you about getting paid for your work on Demon City.

Our original deal was the standard one I did with contributors: you help write a section or edit some stuff and in exchange you get whatever you want, within reason--I could write, edit or draw something for you or just throw you some cash.

Before telling me what you wanted in return for the work you did, around Februrary 2019, you stopped answering messages or emails and wrote a public blog entry saying what you wanted as compensation was for me to publicly lie about a felony.

Since that's not just morally wrong and illegal but would also make it harder to bring my abusers to justice in order to prevent them from hurting more people, I can't pay you that way.

I've tried contacting you privately, but no answer (last attempt was 3/3/2021). I think people should get paid for their work so I am making one last effort by posting this in public--since I know you read this blog.