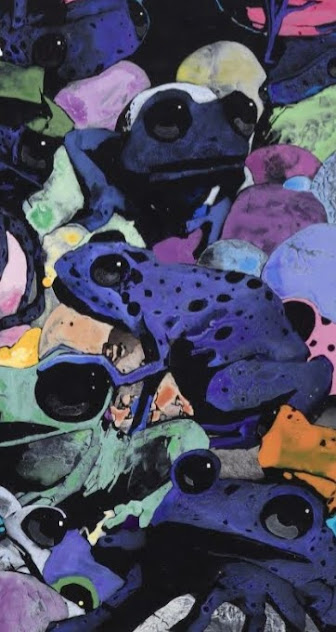 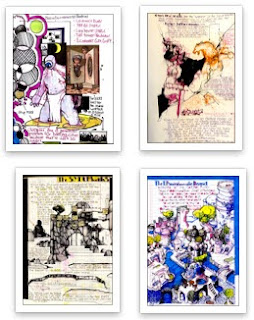 Life can be weird for Demon City contributors, but The New Yorker has reported that Vanessa Veselka has The 2020 National Book Awards Longlist for Fiction for her new book The Great Offshore Grounds. 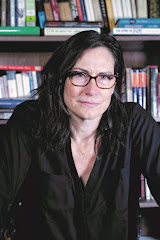 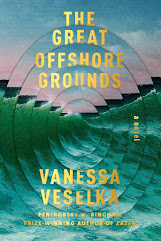 Vanessa wrote about just a few of the weird corners of the real world she knows about for Demon City, including The Flower Sellers and the Industrial Core in the Sketches section.
Here's the bit she wrote about the FBI for us, all laid out, click to enlarge it: 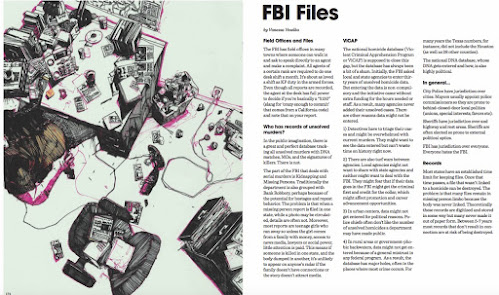 The FBI has field offices in many towns where someone can walk in and ask to speak directly to an agent and make a complaint. All agents of a certain rank are required to do one desk shift a month. It’s about as loved a shift as KP duty in the armed forces. Even though all reports are recorded, the agent at the desk has full power to decide if you’re basically a “5150” (slang for ‘crazy enough to commit’ that comes from a California code) and note that on your report.

Who has records of unsolved murders?

In the public imagination, there is a great and perfect database tracking all unsolved murders with DNA matches, MOs, and the signatures of killers. There is not.

The part of the FBI that deals with serial murders is Kidnapping and Missing Persons. Traditionally the department is also grouped with Bank Robbery, perhaps because of the potential for hostages and repeat behavior. The problem is that when a missing person report is filed in one state, while a photo may be circulated, details are often not. Moreover, most reports are teenage girls who ran away so unless the girl comes from a family with money, access to news media, lawyers or social power, little attention is paid. This means if someone is killed in one state, and the body dumped in another, it’s unlikely to appear on anyone’s radar if the family doesn’t have connections or the story doesn’t attract media.

The national homicide database (Violent Criminal Apprehension Program or ViCAP) is supposed to close this gap, but the database has always been a bit of a sham. Initially, the FBI asked local and state agencies to enter thirty years of unsolved homicide data. But entering the data is non-compulsory and the initiative came without extra funding for the hours needed or staff. As a result, many agencies never added their unsolved cases. There are other reasons data might not be entered.

1)    Detectives have to triage their cases and might be overwhelmed with current murders. They might want to see the data entered but can’t waste time on history right now.

2)    There are also turf wars between agencies. Local agencies might not want to share with state agencies and neither might want to deal with the FBI. They might fear that if their data goes in the FBI might get the criminal first and credit for the collar, which might affect promotion and career advancement opportunities.

3)    In urban centers, data might not get entered for political reasons. Police chiefs often don’t like the number of unsolved homicides a department may have made public.

4)    In rural areas or government-phobic backwaters, data might not get entered because of a general mistrust in any federal program.  As a result, the database has major holes, often in the places where most crime occurs. For many years the Texas numbers, for instance, did not include the Houston (as well as 28 other counties).

The national DNA database, whose DNA gets entered and how, is also highly political.

Sheriffs have jurisdiction over and highway and rest areas. Sheriffs are often elected so prone to external political optics.

FBI has jurisdiction over everyone. Everyone hates the FBI.

Most states have an established time limit for keeping files. Once that time passes, a file that wasn’t linked to a homicide can be destroyed. The problem is that many files remain in missing person limbo because the body was never linked. Theoretically these records are digitized and stored in some way but many never made it out of paper form. Between 5-7 years most records that don't result in connection are at risk of being destroyed.

In other news, a new Cube World is out--that's #23--and LotFP default-setting adventure called Screaming Lake 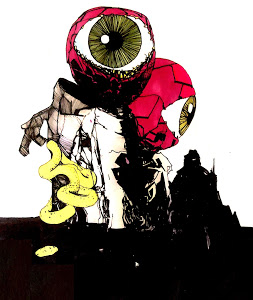 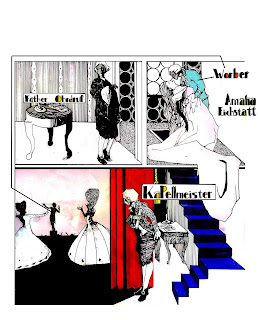