Supporting NPCs In A Superhero Game

from the upcoming game I Am The Weapon...

While a fun and engaging superhero campaign won’t require you to invent a setting from scratch on the first day out,  it is absolutely vital to begin developing a cast of characters for your heroes to interact with, and to think of these characters not as just a backdrop, but as building blocks from which to assemble all the adventures to come. I would venture to say that for a superhero game to be successful, a good supporting cast is more important than any other kind of effort put into the setting—even if that cast is only two or three NPCs.  These won’t be temporary NPCs that appear once and then are gone, but rather a group of interlinked personalities that help define the campaign's scope and tone.

A good place to start is by thinking about the variety of different and special roles that recurring non-player-characters can play: 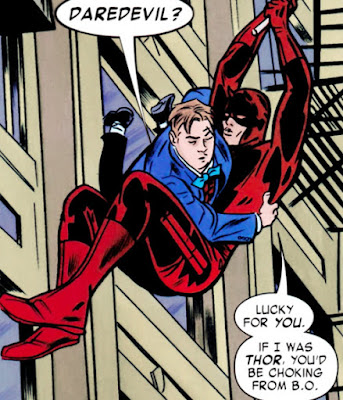 The Ordinary Ally: This is the most flexible and therefore useful kind of NPC—for both the hero and the game master. While any PC will have powerful allies controlled by the game’s other players, a loyal friend with no special abilities serves a lot of important functions in a plot—which is why nearly every superhero with their own comic has one.

-Come to a hero with a problem to investigate (“While volunteering at the homeless shelter, I keep hearing strange stories of…”)

-Provide technical skills, information or advice (“When I was in the army I saw burns like this…”)

-They can be captured and need rescuing

-They can even (if Network points are spent) rescue the hero.

-Give the GM opportunities to build the environment (“Remember that abandoned yacht that Hooks the Octopus climbed onto last week?”)

-Just be someone who’s fun to talk to.

This kind of ally in comics is usually ordinary and not too skilled in any obviously useful way because, if they also had superpowers or were a master martial-artist, then it would turn into a team book. Likewise, if—in an RPG—you make an NPC that’s both helpful and powerful, you’re essentially just adding a new host-controlled member to the team, which takes the spotlight away from the players. The Ordinary Ally—like all NPCs—is there to make the game interesting, and this means they may have to cause as many problems as they solve.

The Ordinary Ally is often not only connected to the hero but also to the hero’s secret identity—the ally may be a family member, just a friend, the hero’s boss in civilian life—or vice versa—or they may work together in some way. Whether or not the ally knows the connection between the secret identity and the hero will change the kinds of trouble they can get them into and out of. One possibility for the ally who is unaware of their friend’s secret identity is having a totally separate—even antagonistic—relationship to the hero’s civilian identity. Or vice versa: maybe Maximum Max needs to transform back into a mild-mannered librarian in order to get help finding the forgotten mystical text from Dr Howarth Morkwaite—famously skeptical of superheroics. 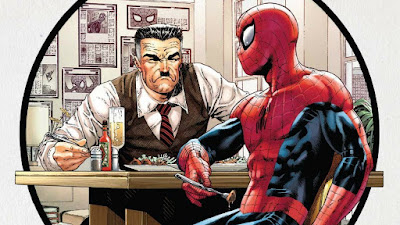 The Foil: A Foil is someone who offers a contrast to the main character(s). They have a personality, philosophy or point-of-view that’s wildly different from the hero.

In terms of plot, Foils can be used to create obstacles and problems for the heroes that complicate their attempts to straightforwardly deal with enemies and problems (“A fair trial for Pyromite!? He burned 30 people alive! Maybe you’re in cahoots with him, masked man…”)

In terms of flavor, Foils are great for creating dialogue and drama by offering an alternative to the heroes’ principles. If a hero makes a speech, a Foil will take the opposite tack: “Well it’s all fine and good for you to say we should stand up The Trauma Gods, but what about those of use who can’t fly or build an ice shell around ourselves? I say we give them what they want and hope they leave!”

A Foil can be any kind of character: an irritating civilian, a character with influence and power over a PCs’ secret identity, a fellow hero (or “hero”) with questionable methods or even… 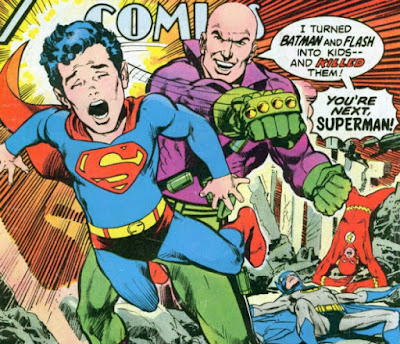 In terms of both plot and flavor, the Villain-Foil has a similar function to a regular foil—although the problems they create will be bigger.

The most important characteristic of a good Villain-Foil is they keep coming back. Genre expectations in the typical superhero story help enable this: superheroes rarely kill, meaning the Villain-Foil is likely to go to jail and then escape again over and over. Many of them even incorporate this irony in their villainous speeches “Your way doesn’t work, Cursebreaker, you are weak: even if you manage to imprison me, I’ll escape and inflict a tenfold vengeance on you and this cursed city!”

Creating a really good Villain-Foil takes some thought and careful observation—pay attention to how your players make their characters act—what they like about them—and develop villains in response to that. 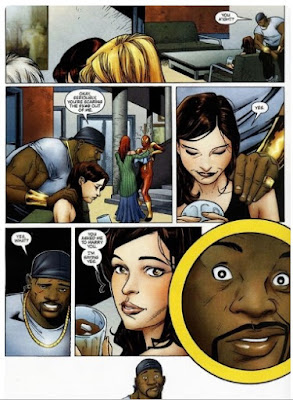 Romantic Interest (Cute): Saving lives is undeniably sexy, and if you do it long enough someone is bound to notice. The “Cute” here refers to the relationship itself, not necessarily the attractiveness of the NPC—in contrast to the Scary Romantic Interest (see below), The Cute Romantic interest is basically a stable relationship between people who usually get along and see the world in a roughly similar way.

In terms of plot and flavor, a Cute Romantic Interest is nearly identical to the Ordinary Ally (see above): they can introduce or help with problems, they can rescue and need rescuing, they can be fun and funny to talk to. The dramatic ironies of having an ally who feels one way about the hero and a completely different way about their alter ego are doubled when it’s a romantic interest. Also: just like allies, if an NPC Cute Romantic Interest has powers or special abilities, you’re adding another hero Host-controlled hero to the team which somewhat dilutes the excitement of the challenges the PC heroes are meant to face alone, so I’d usually advise against it. 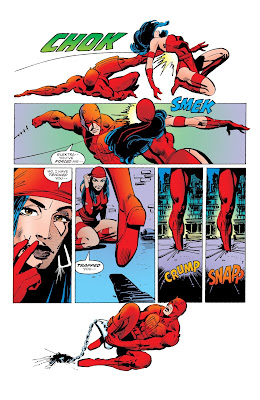 Plotwise, a Scary Romantic Interest can…

-…function as a villain, setting up or carrying out schemes the hero must foil

-…function as the focus or adjunct to a villain’s plan: the villain may try to win the Scary Love Interest over to their own side or use them against the hero

Unlike the Cute Interest, the Scary can easily have superpowers or special abilities—they’ll be using them against the hero half the time anyway. They also have a habit of disappearing for weeks on end and not texting, so if they’d be inconvenient to have around for an adventure or two it’s easy to put them on hold. 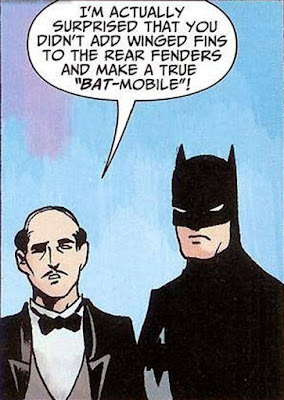 The Major Ally: This is a more competent and therefore straightforward character than the Ordinary Ally: this person wants to help the hero and, well, can.

Although they’re good at things and usually upstanding, Major Allies are usually less about helping to invent scenarios as to fill in plot holes—Can we try to stop The Meganaut on the freeway interchange without endangering innocent lives? Yes: Lieutenant Brockwick had the roads blocked off. You don’t want to lean on them too much—they can make challenges so simple that they’re boring. If they do have superpowers, make sure they’re ones that mostly only get used in a support role—for example: a clairvoyant posing as a palm reader might be a good source of plot hooks. 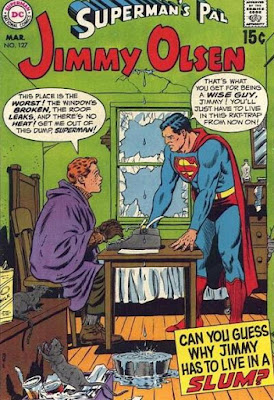 In terms of plot, the Eternal Victim’s role is pretty simple—they get captured and the hero has to rescue them.

In terms of flavor, there are a lot of different way to play an Eternal Victim—they can be bumbling comic relief, they can be characters the heroes don’t get along with but feel obliged to protect (a probably-corrupt mayor or the hero’s boyfriend’s irritating parents), they can even be minor villains constantly caught in the machinations of bigger fish. Just because their role is one-dimensional doesn’t mean they can’t be fun.

The Pathetic Monster: Pathetic Monsters combine the functions of villain and victim—they rampage, but unwillingly. A pathetic monster might be suffering from a curse like a vampire or werewolf, or might simply be seething with unwanted power and prone to outbursts of rage.

As far as plot goes, a hero’s job when dealing with a Pathetic Monster is to somehow prevent them from hurting anyone without making their plight worse—the Pathetic Monster may not be served well by the prison system, or may be too powerful to exist within it. The Pathetic Monster tests the heroes’ compassion as well as their bravery and skill.

In terms of flavor, the Pathetic Monster affords a great opportunity for tragic dialogue and imagery “The silver light of the moon burns me, burns my blackening soul, changing me from man to beast yet again…”
.
.
.

Email ThisBlogThis!Share to TwitterShare to FacebookShare to Pinterest
Links to this post
Labels: i am the weapon
Newer Posts Older Posts Home
Subscribe to: Posts (Atom)