Of Patience and the Lack Thereof 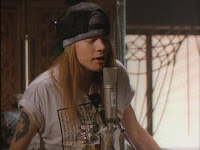 -"Aaaaalright peeps, if you remember, your are in the ice maze, you are in a room in is forty wide it is thirty north south there is an exit to the north there is a door to the south, you came from the north, there is a statue, you got attacked earlier by an ice lamprey (eeew) there is a pool, in the pool is bluish water and some viking skeleton people, you were chased here by monkeys, what are we doing?"

I have a cup of coffee, because it is cold, and I have a cup of Dr Pepper because I am hopelessly dependent on it. I am alternating. I am also playing Schoenberg's Farben for its Ice Labyrinthy and rising mix of cinematic sublimity and teeth-putting-on-edge tinkiness.

My players are looking at each other. The veterans and the tenderfeet. Very quietly. What do we do?

Who is the leader?

Not the most intelligent, not the most experienced, not the one who remembers what's going on best, not even the most charismatic. Not the most anything.

If I (Lord Impatient Imperial Entirely) am DMing and not playing, then the impatience goes like this:

If Mandy has a plan, we're doing Mandy's plan.

If Mandy is absent or feeling too sick to have a plan, Connie does something impulsive from which the party is about to have to rescue her.*

If Connie is absent, Kimberly says "Well fine!" and then hits something. Or throws a switch. Or
solves the puzzle. She's is often a lot like "Ok, well if none of you people are going to step up then so I'm going to do something--as like punishment--and I'm sure it's the wrong thing to do and you'll all be sorry" and then she does it and it's the right thing. Is there a compound German word for that?

If none of them are around, it all becomes very strange. Unless like McCormick is around.

-If the patience equations aren't clear (and they become unclear around the mid-2os each month) you get exchanges like this:

-I have noticed when I play in G+ games I am real fucking impatient.

-I wonder what goes on in the mind of the patient player when nothing is going on: is it "Whatever, man, it's allllllll gooood" or "Fuck I'm bored but I'm too shy to say anything" or "Fuck I'm bored but I'm not confident enough to say anything and don't want to be the one responsible for killing us all" or "Man it's fun watching Mr Impatient over here tie himself in knots figuring which statue to kick..."

I find when I offer suggestions, they are either a) too practical, b) irrelevant because someone is determined to walk over the glyphs, wake up the sleeping giant, or scream in the echo chamber whilst we sneak, or c) because the answer is pretty obvious for me and I'd rather let the people who are curious about how the world works figure it out for themselves. In the case of the latter, if people don't do anything about it before my patience runs out, I'll pull the secret lever, solve the puzzle, or save the wayward OCD player.

My patience is pretty limitless in game time on G+ because I have so many other things I can do. But once I see the party is stumped or hell bent on self destruction, I'll act.

Technically that was a Rolangian Ettin:

"Fuck I'm bored but I'm too shy to say anything"

Yeah, that sounds about right...

I like to channel my impatience through increasingly complex and obscure questions to the GM.

B) Well, at least I can work on dungeon maps

In my defense, nobody got killed...

I haven't been a player in donkeys but I seem to remember sitting in a sort of amused stupor while one player or another feverishly pushed buttons or wheedled NPCs. So the first one I suppose.

In the game I'm playing with you, the DM is "talky" (which is great for a detail rich setting and as such, is in no way a negative criticism of our Ref). So I find myself waiting for an opening, but am not bored.

I call these momentum players. You can't stop them easily, but you might steer them if you've got good timing. It helps if you've got a party reputation as the guy with the good plans, but even that only goes so far.

You know, this post got me thinking that perhaps there are "active" and "reactive" players. ("players" in this case includes "DMs".)

In some games, the DM does all the acting, and the players react. "Okay, the king sends you on this quest. What do you do?" In these games, the players expect to have clear objectives and just have to figure out what each of their characters does. The DM has to keep providing things to poke the players along (likely thought up beforehand when planning out the adventure).

In other games, the players have all sorts of things in mind that they want to do, and all the DM has to do is react—describing what happens as the result of their actions. The players take on the burden of acting, so the DM can just react. (Perhaps only one of the players is active and the rest react to *that* person.)

Kimberley's attitude (going on how you described her behavior) is that of someone who expects to take a reactive role but is forced into an active role. For whatever reason, playing that role doesn't feel right for her (and I sympathize!), so she's annoyed about it.

And, of course, the active/reactive dynamic probably shifts around a lot during actual play...

In my experience it shifts a LOT

It's rare that I get to play and not GM... probably have done so 3-4 times in the last 10+ years of occasional gaming. That said, regardless of what side of the DM's screen I'm on, I always think of it as my duty to keep things interesting.

I don't know why, exactly. Maybe it's because I'm a professional performer and just have an inborn need to be at the center of the action/attention. Maybe it's because my fellow gamers tend to be engineer-type strategists and I like to see their little linear minds explode every now and again. Whatever the reason, I figure that, if I'm bored than it's my own fault. (And, obviously, as a GM, I don't want my players getting bored, either.)

I don't THINK my impatience/need for action often results in Bad Ideas or TPKs... it tends to take the form of talking to NPCs the DM never really meant for us to interact with, or having my own PCs do weird things like establishing a new life (replete with fake titles, spouses, etc.) in each town. Ostensibly, the reason for the latter is to keep the authorities off "my" track, but it's also a lot of fun to just completely BS the NPCs we run into and listen to my fellow players crack up over the off-the-cuff dialogue.

I'm gonna be lucky enough to play in a Constantcon game tomorrow night. I plan on being the impatient impulsive one.

I also have an RP excuse, as the character I rolled up is impossibly good looking but dumb as a sack of hammers. It's gonna be a slasher movie death for me!

One of the dumbest player actions I've seen (which received face-palms from all around the table afterwards) was when the players saw 2 or 3 Carrion Crawlers in the next room, and decided to attack them. There was more than one way out from where they were, and they'd already realised that Carrion Crawlers can paralyse half the party...but they attacked anyway. When they woke up in the Crawler-master's jail cell, the rest were suitably pissed (except the guy who got his legs eaten off before the jailer turned up - cue no end of painful "back on your feet" type jokes).