Extra Ink and Paint Lying Around... 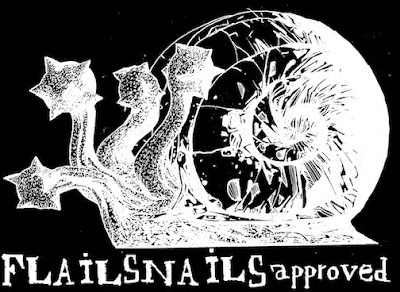 And this here below is 8.5x11 stationery upon which one might write a PC or some other such thing. There is no formatting inasmuch as different systems require different utilizations of space for as to be optimal. 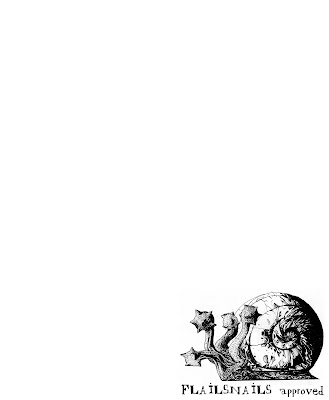 Here's what I did my blank d12--made it into a monster summoning die with generic monster types...crawling claw, blob, bird or bat, toad, swarm, snake, elemental, et cetera... 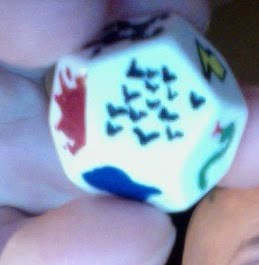 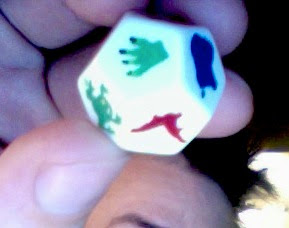 Left it vague since actual summoned monsters vary depending on level and who's doing the summoning.

Used the d10 serves for both a random color die and, in case it comes in handy, random schticks (y'know: acid, fire, electricity, cold, jewelled, stone, sexy female, ice, sonic, death/shadow). Don't know if I'll ever use it but it's better than having a blank die sitting staring at me. 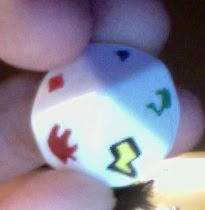 On the off chance are you open to bribery for putting links on your blog?

How many millions are we talking? Or will you be paying in virgins?

Awesome Zak. That's just what I had in mind.

My humble offer being your very own hand sewn flail snail. I will of course, take extensive measures and precautions to insure no-one has sex with it before it reaches you, if this is is a concern.

You should totally commission fully carved versions of those dice (and maybe one with the Flailsnail) from Dicecreator.com.

Kay, Will commence creation. I'll post a link here in a week or 2 when its finished