Benefits of Being The Chosen of Tiamat

The Black Knight is dead and gone, thus the Black Wing of Tiamat will go unrepresented in the coming tourney. 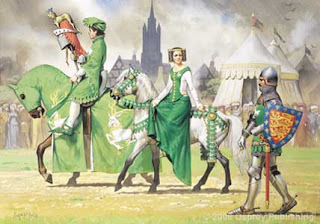 The remaining knights need abilities that:

So, treat them as 20th level fighters or paladins in plate mail except the following. Effects with durations last one round. 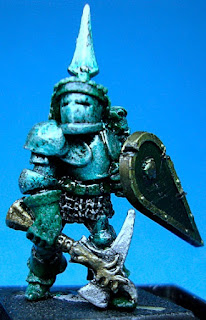 On a successful hit.. 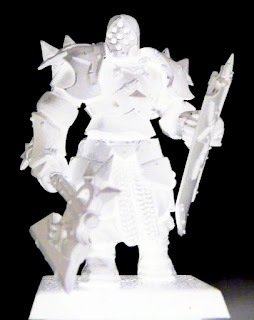 When initiative is won...

1. Last round repeats if it was favorable to the Pale Knight, or is erased if it was not
2. Next strike paralyzes for one round if it hits
3. If the next hit on an enemy is prevented by parry or armor, the object (armor piece, weapon, shield) ceases to exist
4. Slows enemy
5-6. Foe will momentarily forget where s/he is. The Knight has advantage to hit. 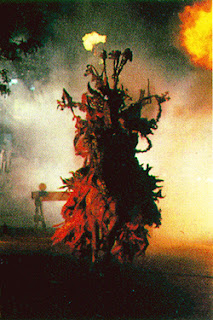 1. Rage (advantage on str checks and damage)
2.-3. Flame (enemy catches on fire)
4.-5. Lava birth (lava baby crawls out of wound and attacks)
6. Mutilating strike (next hit removes an arm or something if successful) 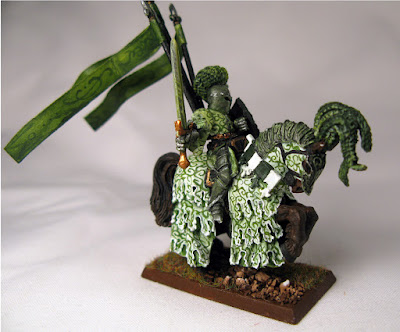 When the enemy tries and fails to hit...

1. Regenerate d30 now or when next wounded
2. Anyone will believe the next lie you tell
3. Foe drops their weapon
4. Foe begins to hallucinate (as Confusion)
5. Poisoned bite (extra attack)
6. Scales grow (+1 AC)

One is left to wonder what the Black Knight would have brought to the table. Something cold, dark, fearful and doomy as fuck I would imagine.

Thanks for posting my ad.

Catching up on your posts explaining the late reply. I really like the concept of the five knights of Tiamat. I am trying to develop different aspects of Gods in my campaign and this plays nicely into that. Will definitely steal some the idea of the knights with their abilities. I totally love the first ability of the Pale knight; will come totally unexpected.