The Ones With No Chill 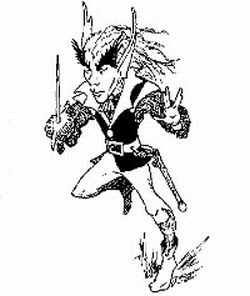 Quicklings, only halfling-tall, are one of the many disasters made possible by the union of man and elf. When the humors mix awry, the resulting offspring inherit the capacity of experience of an elf, but only the mortal span of a human to experience it in.

You ever notice how capricious and stately elves are with their fucking stag horn crowns and twisty lathed smooth wood and shit? This is because they have all the time in the world. They wallow in unacknowledged temporal privilege.

Not quicklings. Their eyes are red with stimulants and bad frenzy, their homes are chaotic with the clicking of clocks. Their lives are desperations. They want more. You move so slow, you talk so slow. You bore them so much. 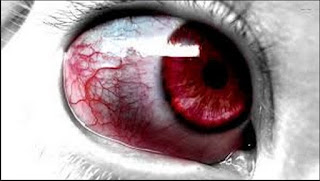 They always win initiative, their voices are shrill, and they attack three times per round. Their principle occupation is to acquire experience before death. They want more life, fucker.

A typical quickling encounter begins with the local lord awaking to find his cupboards bare, his animals behaving strangely, his maids terrified, his art stolen, his secret doors wide open, his drugs dispersed about the halls and maybe a lone leftover quickling on a chandelier--inebriated and dangling and babbling a poem about smocks or some shit. The rest are long gone.

Occasionally long but barely-legible works of food or art criticism are left in place of the items themselves, the ink still wet. The reasoning in these essays is solid, if unnecessarily prescriptive.

Parties occasionally encounter quicklings because they possess something unique, or have gained access to a unique place. The quicklings must sample it. A ring of fire breathing? Must know what that's like. The Unknown Caverns of Vacuous Glear? Must know them.

They are as culturally developed as any elves (they learn fast, naturally) but their culture is deeply unclean. They've already done everything normal-fun and have long-ago moved into fucked-up fun.

True elves (what they call "snail elves") value their counsel on matters such as aesthetics, fencing and the natural world (their various analyses being the result of far more observation) though, being obviously abominations against the natural order, they are wary of them. A Seelie lord may ask a party to locate (never easy) and bring in a quickling consultant to address some pressing* matter.


----
(*In the elven sense of the word, so this could be "What do we do about the fucking orcs over there?" but also "What is the ideal length of a horn to sound on the first day of spring after the meerkats wake?")

Used them myself in the past, though of a different sort indeed.