This subcomplex appears on hidden levels of the most brutal and frenzied dungeons. 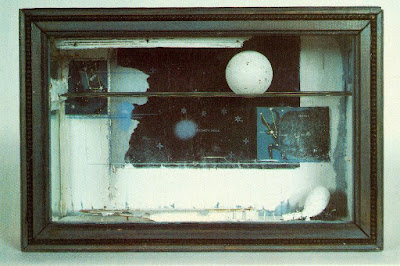 This is a calm place. The calm is remarkable and it is real. Violent speech and action are impossible because they will strike anyone in the room as both pointless and undesirable. Most of the furniture is covered in velvet, and it is not so much dimly as comfortingly lit. A soft trickle is audible. Ottomans and old leather.

The grey stone-wrought room feels almost like a dead planet. This was once a temple, but the finery has long ago been stripped and the statues have been weathered and vandalized beyond recognition.

Anyone entering will hear a telepathic voice. No matter their cultural background or level of sophistication they will inevitably (and privately) categorize the voice to themselves as the voice the moon would have if it could talk. The voice will ask "Are you loved?"

The PC will be unable to leave the room until they answer.

If they say no, or say they are unsure, they will find themselves transported to a room just off a main corridor in the dungeon, outside a locked cell containing an overlooked NPC from the character's past who does indeed love the player character.

If they say yes, they will be asked "By whom?" and be unable to leave the room until they list names. For each creature named that does love the PC, the PC will gain advantage on one die roll used to aid that creature. If any of the names listed are actually names of creatures that do not love the PC, the voice will explain the true nature of their relationship to the character. The PC will be transported back to where they entered the Polder as soon as s/he inaccurately lists a name or as soon as s/he finishes, whichever comes first.

In torchlight, the half-submerged bars appear as stripes of long white melting into zigzags as it hits the water. There are many cages, medium sized, like you might put people in. People without human rights.

If you stand on one it won't sink, though they're not stable. The metal itself is buoyant in some way, stuffed with cork or whatever. It's possible to cross the water hopping from one to the next.

You think…there should be something in them. But there isn't. Why would anyone put a pool of cages and nothing in the cages?

Anyone looking into the fountain will be fascinated by the overlapping and glistening layers. If they concentrate for one minute, they see a vision of their most feared enemy. This will be a true vision, showing the moment in the past during which that enemy felt most bereft and defeated, the closest to suicide.

It is difficult to say if the lamplit maps and pictures, the fixtures and mementoes are the products of sympathetic magic meant to evoke the party's past allies, lost friends, forgotten inns and old victories or whether the random ephemera is just that and the feeling of weariness and loss that overcomes them is a wholly natural responses to these fragmentary reminders of lives and adventures shared and long since past.

There is nothing overt, disturbing or in any way clue-like about any of this, merely a feeling of vastness of human time--tasted as it comes, half-noticed, evaporating.

Anyone sitting and talking in this place for a half hour or more with friends will regain all lost hit points, but will be distracted and therefore at disadvantage for perception checks for the rest of the day unless they eat while they are here.

Children sleep here on the floor in the dark, in sleeping bags embroidered with moons and stitched together from the rags of obsolete orphanages. Close inspection will reveal familiar faces. They are the party members when they were young, who will remember this incident as a dream.

Any party member attempting to cross the room will encounter their younger self, who wakes and asks, with the heartbreaking affectlessness of the totally ignorant "What will become of me?"

If the party member takes advantage of this situation to give their child-self any specific piece of warning or advice about the future, the child will immediately go back to sleep, but when the party member leaves the room they will find the timeline has been adjusted to reflect having taken the advice. The GM may allow the PC a charisma-v-younger-self's-wisdom roll for any advice that would have unusually catastrophic consequences. Otherwise the child will go back to sleep after about two minutes conversation or when ignored.

The iron and copper cookware hangs from the narrow beams like familiar baubles from backyard trees. There is a faint smell of freshly-sliced green apples here, and there are cool countertops of sanded stone and there is a painting of a storm-tossed ship on a far sea.

Anyone resting their chin on the counter, looking occasionally up at the ship, and discussing anything with another party member who is cooking or baking will be immune to any mental assault for one day for each hour spent so occupied.

The 15 recipe books lining the shelves are written in the literary form of the local tongue as it stood in the last century. The recipes in them--if prepared within this kitchen--can cure any ailment, malady, affliction, or curse, though each requires fresh organ meats from the bodies of specific wicked creatures in the surrounding dungeon.


--
This place lies halfway between the Plane of Neutral Good and the Plane of Shadow. It is parasitical and paradoxical, and feeding on the horror and loneliness in the surrounding locus of the earthly plane.

The gods of good things rarely speak--it is essential to their nature to stand silent and let themselves be recognized. 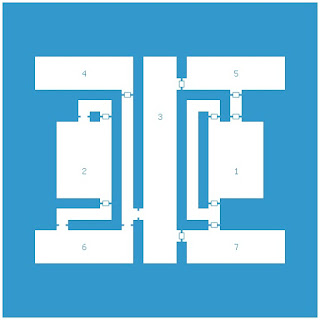 I like the weird possibilities of the first room, especially if it affects monsters in much the same way. Could be delightful.

Excellent piece. Very vivid images. Can't quite put my finger on it but the dungeon feels specifically mysterious the way children's books did as a child--beautiful, quiet, entertaining, and created for secret purposes. "Parasitical" is apt.