Assume 'Nurture' And See What Happens...

Players do an important bit of worldbuilding for you every time they make a character. If they choose a half-orc, that suddenly means your setting definitely has human and orcs. If they have a crowbar, that means someone invented crowbars.

Here's a way to squeeze a little more worldbuilding out of every PC at the table. It's based around some simple principles: 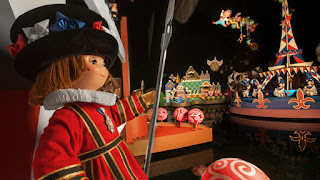 1. Is the character from the city, the country, the woods, or what? Often this'll be established or strongly implied by the character or player right out of the box, and some character gen systems even nail it down for you--the urchin background in 5e heavily implies a city, for instance.

1-30 City (in which case subsequent rolls may be about the whole city or just a neighborhood)
31-70 Rural (like villages, farms, etc)
71-85 Wilderness
86-90 Rootless group (group of hunter-gatherers, caravan of actors, etc)
91-95 Castle or fortress
96-00 Someplace weird and setting-specific like an eternal combat flotilla or zeppelin-city (maybe wait until you've figured out a little more below before deciding what exactly) 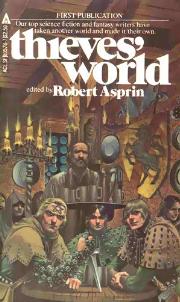 2. How common is the PC's class in their home?

1-Rare
2-6 Common unless it's a spellcasting class
7 If the PC is a thief, wizard or druid, the class is common, if not, as 8 below.
8 The place is specially known having a lot of members of this class (for example, if the PC is a fighter, the place has a large military encampment, if they're a cleric, it has an important and active cathedral)

3. How common is the PC's race where they came from?

4. Take a look at the PC's ability scores and roll below to see if any of them might be a legacy of their upbringing. If previous rolls show the PC's class is common in their home, ignore the ability score associated with that class (for example, if the PC has a high int and wizards are common in the PC's hometown, we know why everybody there has a high int). 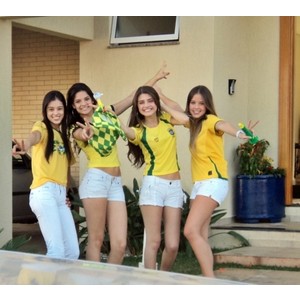 Unusually High Charisma? Roll d8
1 Sexy local gene pool
2 The place harbors a vigorous service-economy (bartenders, palm-readers, carriage-drivers, etc) and the locals have thereby developed a reputation for silver tongues
3 The notoriously dangerous nature of local politics, feudal conflict, wildlife, gang activity or the like gives all natives a certain edgy romance
4 The place is considered somewhat of a center of taste, sophistication, and style
5-8 The PC or their family is just unusual 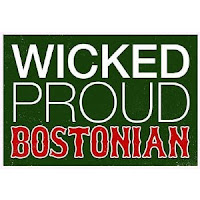 Unusually Low Charisma? Roll d8
1 Hideous local gene pool
2 It's boring there: if isolated, the place is the far from the center of the action, if central, the place is so like its neighbors as to be unremarkable
3 Local customs and habits are considered kind of broadly obnoxious outside the area (100% chance inhabitants are proud of this)
4 Folks here either drink alone lot or learned manners from people who do
5-8 The PC or their family is just unusual 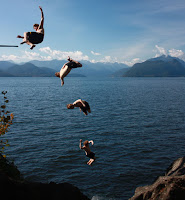 Above-average Dexterity? Roll d6
1 The landscape in the area is treacherous (steeply mountainous, full of angry wolves, etc)
2 A dominant industry or sport in the area requires nimbleness (pearl diving, juggling etc)
3 Thieves are common in the area
4-6 The PC or their family is just unusual 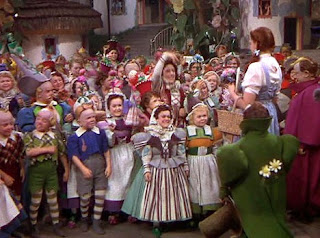 Below-average Dexterity? Roll d6
1 Food is plentiful in the area and inhabitants are typically sedentary or overweight
2 A dominant industry in the area requires no particular agility (accountancy, etc)
3 People there have distinctly deformed feet, hands or spines
4-6 The PC or their family is just unusual 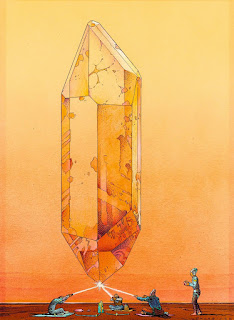 Above-Average Wisdom? Roll d6
1 The place is home to a major temple, church or other spiritual center
2 There is an ineffable harmony to the place, which the inhabitants absorb by osmosis
3 The place has recently experienced a great and chastening social upheaval (war, revolution), the lessons of which are fresh in the minds of the populace
4-6 The PC or their family is just unusual 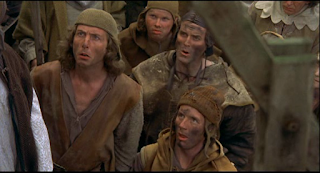 Below-Average Wisdom? Roll d10
1 The gods hate and shun this place on account of the behavior of its past rulers
2 The place is home to a powerful but hopelessly superstitious temple, church or other spiritual center
3 The place is essentially a sucky place to live, antithetical to human pleasure and prosperity and those who remain are a self-selected group of lunatics
4 The place is fundamentally unsettling and Twin Peaksish rendering all locals a wee bit wobbly
5 The government or administration is unusually good at both sucking and propaganda, rendering those who live here unusually out-of-touch with reality
6-10 The PC or their family is just unusual 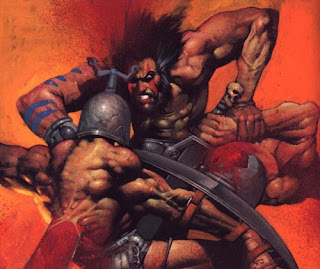 Above-average Strength? Roll d4
1 A major industry in the area is mining or suchlike brawny task
2 The folk of this place are warlike and might-thewed
3-4 The PC or their family is just unusual 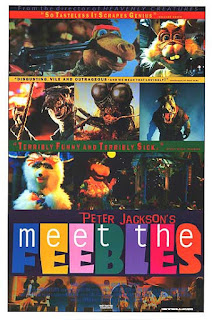 Below-average Strength? Roll d4
1 There's a lot of tapestrymaking or other work here requiring little physical heft
2 It is a wealthy place and many of the inhabitants scorn physical labor
3-4 The PC or their family is just unusual

Above-Average Intelligence? Roll d8
1 There is a university, monastery or other center of learning in this place
2 This is a crossroads, wayfarers bring ideas from all over
3 There is or was once great wealth here and denizens have access to public amenities which abet learning such as an observatory or zoos
4 The place is isolated, requiring those who live there to create ingenious or original solutions to basic problems of survival
5-8 The PC or their family is just unusual 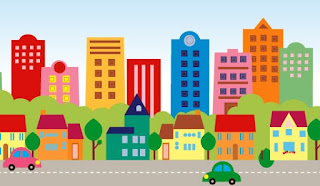 Below-Average Intelligence? Roll d6
1 The place was founded by possessors of a dogmatic philosophy antithetical to learning
2 The place is isolated, but still wholly typical of a larger culture, accepting what comes in but producing little that is original
3 Something in the water makes folks there Not Quite Right
4-6 The PC or their family is just unusual 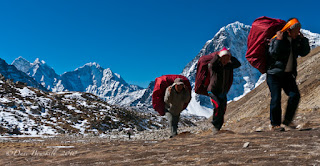 Above-Average Constitution? Roll d4
1 A robust and rugged environment promoting general health
2 The place is well-administered ensuring most inhabitants have access to health care
3-4 The PC or their family is just unusual 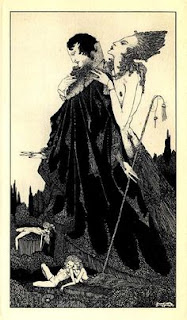 Below-Average Constitution? Roll d6
1 A poisonous, famine-prone or polluted place
2 An inbred environment, natives lack hybrid vigor
3 The place is decadent and pampered, ensuring inhabitants are poorly-prepared for the outside world
4-6 The PC or their family is just unusual

5. Money/Social Class. If previous rolls haven't yet established whether the PC's hometown was rich or poor, take a look at the PC's own markers of social class. In Old School games this is typically the starting money rolled but there can be other indicators: Paladins or those with the Aristocrat or Noble background are high-status for instance. If the character is unusually rich or poor roll below... 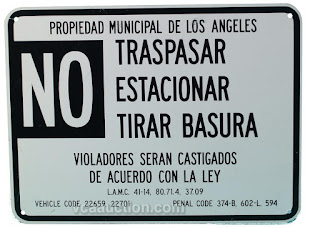 Roll d6 for each extra language:
1-2 The extra language is often spoken in the PC's place of origin
3-6 The PC or their family is just unusual 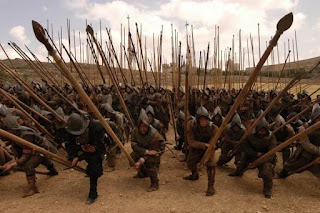 Roll d6 for each of the PC's major weapons...
1-2 The weapon is a typical hunting, self-defense or military weapon in the area the PC came from
3-6 The PC is just unusual in having skill with this weapon 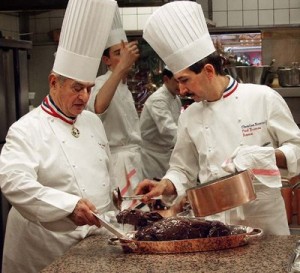 In some systems (AD&D by-the-book and 5e for instance) your PC will have non-class non-race associated abilities or trades (my AD&D half-orc fighter Slovenly Trull can sew for instance).


For each of these abilities or descriptors, roll d10
1 The PC's home is a renowned center of this trade
2-7 This trade is common in the area the PC hails from
8-10 The PC is just unusual in having this ability

Alright, go to it.

And now a word from our sponsor...