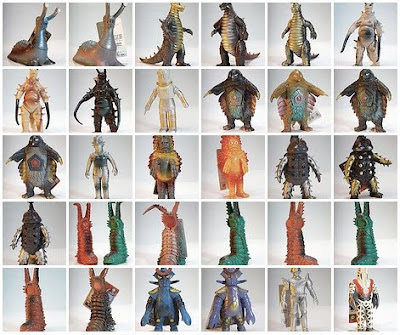 A bizarre silhouette of gargantuan proportions shambles into the lurid mesh of wire, halogen and indicator light...

This table has been playtested once for FASERIP and was grotesquely successful, it can easily be adapted to any sci-fi game, though since it's at its most effective when the "veil" is pulled back it's better if you are cool with that playstyle...

"'...Twelve'. It's a Thraxian Warsquid From Planet Twelve." 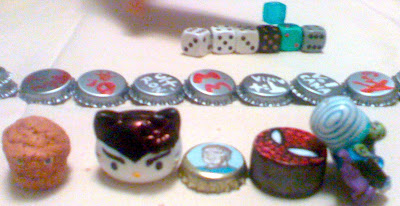 Isn't Glaxothrox what they give you to prep you for a bowel exam?

I would love if someone out there statted out Spectreman and Ultraman monsters, like they've done for The Herculoids and such. (In dungeon-friendly proportions, I mean.)

Too cool. I dig tables for generating strange and odd.
Rock on!

Quick question: Is that post on the ALICE modifications for Gigacrawler in the spam filter?

@c'nor
I took what I found in my inbox form you on ALICE and posted it.

In the future try cutting things up into smaller chunks.

Thanks! I'll try to remember to do that.

Capcha: Making. It's always weird to get real words...