People and the People They Play (Thought Eater)

If you don't know, it's like this: these are not by me--they're by a pair of anonymous DIY RPG writers who were both assigned to write about:  Player characters vs. characters of the players for the contest. 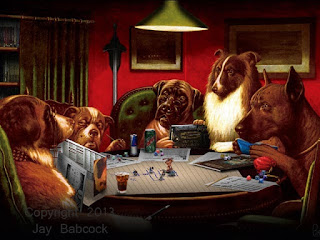 If you like this one better, send an email with the Subject "PCCP1" to zakzsmith AT hawt mayle or vote on Google +. Don't put anything else in the email, I won't read it.

Let me tell you about my character...

Wait, don't leave!  I know that telling somebody about your character is almost the worst thing you can do.  It's the gaming equivalent to farting in an elevator.  It's like describing your baby to strangers.

But THIS character is different!

No, really.  Please don't leave.  Put your phone away.

Now, I never actually played this character, but that isn't unusual.  I suspect the majority of characters are never played.

Making a character is one of the truly fun things about RPG's.  It's got the thrill of using your imagination, the concentration of careful craftsmanship, the opening out of new potential.  It can be lots of fun.

Making this character was the most fun I've ever had in any RPG, ever.  A bold claim, I know.

I was 12 or 13 or so when I made this character.  Most of the things I made when I was that age were total shit, but this character was a shining diamond of joy.

I don't remember his name, but I remember lots of things about him.  I remember that he had -3 Charisma.  He was so ugly he had to wear a close-faced helmet.  Also he was 3 feet tall.  Not a dwarf or anything, just a really short human.  He made up for that by wearing a helmet that was 3 feet tall.  It was made of paper mache and had ostrich plumes on top.  Also he had a pet whale.  It was dead.  A pet dead whale.

I believe he also had a paper houseboat with a fire pit, a cardboard sword and a lead shield that was 3 feet tall and 1 inch wide.

All of this stuff is mildly amusing to 40-year old me, but it was incredibly hilarious to 13-year old me.  My friends and I laughed for at least an hour while we made ridiculous characters that we would never play.  It is one of the many hilarious experiences that I had with my friends, playing with role-playing games.

Those friends are mostly gone from my life.  Rayn lives close and we play board games every month or so.  Jay committed suicide when he was 18.  Nathan lives in Spain, and I see him every couple of years, maybe.  But if I think about this character, I also see them.  Sitting on cushions in the living room, laughing.

I've been a DM for most of my gaming career, so I've seen a LOT of characters come across my table.  I remember many of them.  Hadian Joyce the Bard and Grunt the dwarf.  Splint the Sharpshooter.  The Company of the Mithril Gauntlet.  Galen, Ivoen, Ghaladan, Durin and Alec Rhuddry.  Hilbo the Hammer.

Mostly though, when I try to remember characters, I think "What was Marc's Tremere called?"  or, "What was the name of that wizard that Austin played in my Celtic Campaign?"  The characters are shadows cast by the faces of my friends.  Hopefully they had as much fun making those characters as I did making the little ugly fellow with the big hat.

So yeah, that's my character.  He isn't really different from other characters, now that I think about it.

If you like this one better, send an email with the Subject "PCCP2" to zakzsmith AT hawt mayle or vote on Google +. Don't put anything else in the email, I won't read it.

"Player characters vs. characters of the players 1" or “is metagaming bad”.

The prompt question implies one of the big misconception of roleplaying history. That's a pretty big promise I will try to deliver on at the end of this essay, after I finished bullshitting.

Since the earliest Dungeons and Dragons corebooks and cool looking boxes it was implicit or in some cases even explicit, that you play a character that is inherently someone else, your character is not you, the player. It's something the player plays. And it goes even further: your character, as in that thing you play, gets an own alignment in later editions to distinguish the player even more from his character. Now your character can morally do stuff, that the player can't, since they are different entities. He can murderhobo and burn down orphanages and it's not the player doing. This is obviously a border case, the character can also do what the player would have done. The player just tries to play this character he build in a realistic way.

I believe that the conflict between a player and his character is not a conflict of this nature. It is a conflict between the players of the game. This needs some further explanation: The whole act of roleplaying is a social endeavor, you just wouldn't do it alone (I hope at least). The important part of this conflict is not the adequacy towards the character, that thing that only exists insofar as people see it as existing. The important part is the image of the players appearing to be roleplaying towards one another. This whole external conflict of the appearance of the player gets internalized in the upper account. If the player with the conflict in case , were to break his appearance that he is roleplaying, that is break his appearance to be engaged in this social endeavor, he would stop this social endeavor for the time being, mostly in forms similar to: “he totally wouldn't do that”, “why did you do that?”, “your character is so stupid”, “you are so stupid”. This is bad because it is boring and no fun. This is nothing new for most players though, even though it is neglected by, for example, some wizard of some coast.

Ok so we can summarize the following:
– I lied in the introduction, it's not “one of the big misconceptions”, just some companies but
also not a few individuals don't seem to get it.
– There is never an actual conflict between yourself and your character, it's always a potential
conflict between the players.
And as a necessary consequence of that: there is no harm done, if there is no conflict between players. This might be the most important consequence of this shitshow, the important part is not the internal realism of a world, it is the social endeavor in place. If the social endeavor does not break, nothing is lost.

WotC would answer when there is a moral conflict between different characters “Just allow characters with a maximum difference in alignment of 1 Step!”3 instead of “just don't be a dick.” Now how can we relate this back to the beginning? In this sense “metagaming” is no problem at all, if all players agree to this “metagamed” course of action. The characters action has to match the intended action of the player? Just make shit up, why the character is to act in a certain way. Your Fighter has no reason to enter this dungeon? Make a reason up for him to go in there. This phenomenon is at its strongest when new players enter the group, even if its only for a few session. (“So you turn around a corner of this hallway in this dungeon and see a person cloaked in a dark robe covered with symbols of some kind of undead god, what do you do?” “He seems trustworthy, we take him into the party.”)

2 This is obviously a very exaggerated way to present it, but the core idea behind it, I claim, is the way D&D is intended to play.