But I also love Revolution Natalie on Why D&D Has So Many Rules For Combat, Jeff Gameblog on Max, James Mal on the Monster Manual as Medieval Grimoire and False Patrick on Miniatures as Sculpture.

The DIY game scene has lots of ways of encouraging people to make game stuff. We don't have that many ways of encouraging these kind of critical and reflective essays on the nature of the game and game-related stuff. The traditional way to do that would be to start a magazine, but magazines are dead. So instead, I'm announcing the...

1. If you want to be in the contest email me: zakzsmith AT hawtmayle .

3. I will arrange the contestants into elimination rounds and assign topics from the suggestions to each pair.

4. Each contestant will attempt to produce interesting prose containing at least one original idea on the topic assigned within the week and then email it to me without putting it up anywhere else. Note: It's ok if it takes a while for me to assign these. This can be a casual tournament if need be.

5. For each pair of contestants I will place both essays (without the authors' names--to prevent politicking or bias) up on the blog. Blog readers will vote on which essay is the more engaging and original. (I will not vote or participate.)

6. Three days later I will count the votes and reveal the names of the contestants (with links to their blogs if they have them). Winners will move on to the next round and be paired with a winner from the previous round. You can put the essay you wrote up on your blog if you have one at that point.

7. Participants will receive: adulation for how smart they are and attention for their blogs if they have them.

The community will receive: some thought-provoking prose.

The winner will receive: a boon of their choice granted by me. Since the winner will be, by definition, immensely wise, the boon requested will obviously be something cool and reasonable, so I'm pretty open about what that is.

So get to work, Brainiacs... 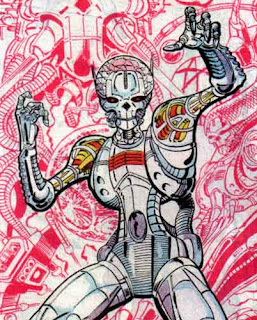 I'm in! A topic I'd like looked at is on the use and misuse of alignment rules in D&D and other games.

Is it too late to get in on this contest?

there is room for one more, email me