The situation was tense and the choice was clear: go see Phobia and Eat The Living at Los Globos or stay home and run a game for Jez like he asked me to like days ago.

We were on the guest list, but in these grim times you make decisions and live with them. Also it's Halloween so people dressed in black screaming at each other will not be in short supply this week. So it was back to the Marvel Summer Crossover game...

The situation was, again, tense.  Wolverine, Gambit, and special licensed guest star Hellboy hovered over the Mandarin's stronghold in the Forbidden City... 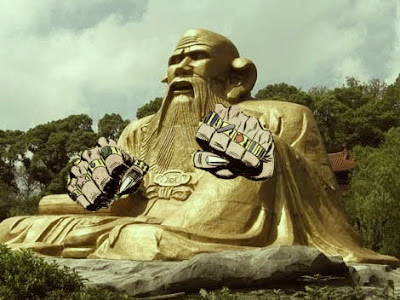 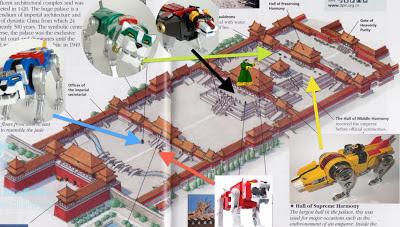 What's this then? SHIELD reconnaissance drones reveal 5 robotic lion guardians, each powered by a separate one of the Mandarin's magic rings.

As pretty usual for these things our heroes dropped in with almost no plan.

Wolverine rolls a 93 to sneak up on the blue lion.

Hellboy decides to be honorable and confusing and go through the front door.

By the time Hellboy meets the Mandarin, the blue lion's had half his face shredded and Gambit is on fire.

Hellboy and the black lion are sent to mop up the wayward heroes.

Wolverine is pinned beneath the collapsing metal corpse of the blue lion.

But he keeps faking it, carrying Wolverine to the Mandarin while continuously punching him in the head. ("He'll heal, right?")

The boys eventually attempt the following awesome plan: 1. Hellboy goes "Shall I finish him, Master?" 2. Mandarin presumably says "Yes." 3. Wolverine wakes up and pins Mandarin's feet to the ground with his claws. 4. Hellboy punches Mandarin, possibly so hard his feet come off (or are torn into flappy strips).

...this sublime scheme is stymied by the Mandarin's force field.

Mandarin manages to blind Hellboy with his white light ring, electrocute Wolverine by zapping him through his own adamantium skeleton with the electricity ring.

Wolverine slices his hand off.

Hellboy tries to punch the Mandarin but, being blind, hits a wall full of the people of China's national heritage.

Minus one Karma for each point of damage done to the precious and historical Forbidden City.

...which mechanic Gambit has become intimately familiar with inasmuch as his escape plan has consisted of running through the palace and blowing up random objects to obscure his presence from the robot lions' heat sensors.

Meanwhile Mandarin disintegrates the ground so Hellboy and Wolverine are in a pit and begins to run.

The yellow and green lions are coming.

Hellboy, blind and grumpy, tosses Wolverine out of the pit.

The GM, sleepy, doesn't use Mandarin's karma to dodge.

The Asian Question is solved. 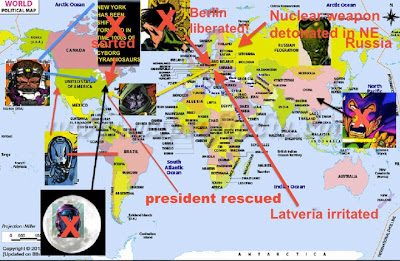 Here are Hellboy's Marvel Superheroes RPG/ FASERIP stats courtesy of me--I left out the gun, I'm assuming he could re-acquire one if it's important but he was summoned to the MU unarmed.

Strength based on this...


Thanks again, Steve and Jeff, for making this game.

"The GM, sleepy, doesn't use Mandarin's karma to dodge.

The Asian Question is solved."

I got pretty lucky a few times I think.

Except maybe when I got stuck under a tiger, punched a few dozen times in the face, crushed, burned and electrocuted.

Can I just say that this is the coolest thing ever?