The Jade Fang Of Tiamat 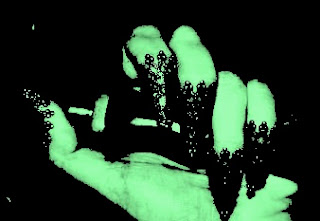 The Jade Fang is one of the five Tributary Temples of Glistening Tiamat (see also: The Red Hand, The Black Wing, The Pale Eye, The Cobalt Claw)--its energies are green: the energies of jealousy, lushness, vigor, triumph, old wisdom, glibness, and theft. 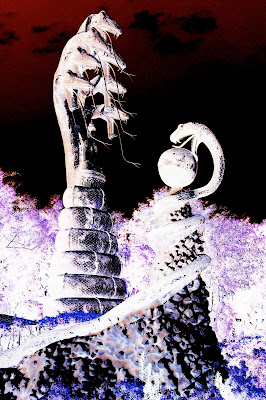 Like all churches of Tiamat, their first charge is to end the distracting clamor and provocation of mammalian life, to allow Her a return to Harmonious And Undivided Sleep.

The central teaching of the Jade Path is to limit and conserve: there should be nothing new. The cycles of predation and murder must thrive. Inventions appall them and theft from the weak is their only industry. They cultivate sophism, criticism, evasion, rhetoric, fallacy, received ideas, shallow novelty, libel. 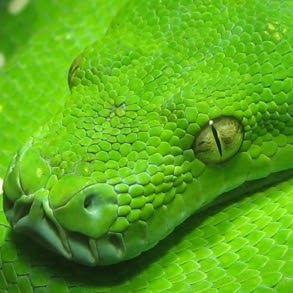 The Jade Fang Cult is strongest in the Drownesian city of Ot Etf'a Imit Melpa, among the House of Rotmort, where its influence surpasses that of even the cults of Lolth and Rangda. Tiamat is worshipped under the aspect Naga Malicinda. 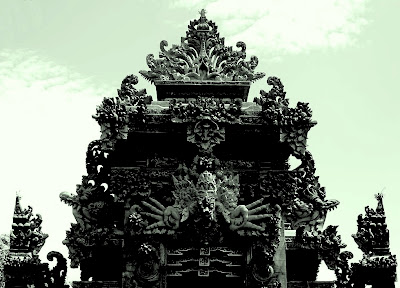 Among its creatures are:

1. The Knight Viridian
2. The Pirate Queen Alpha Ligeia
3. The Bone Sorcerer
4. Librarians: Eel, cobra, boa, and viper
5. The Algoid and the crocodiles it commands
6. The Jaculi
7. The Kelpie
8. The Southern Lizardmen
9. The Marilith
10. The Naga
11. The Rakshasa
12. The Poison Hags 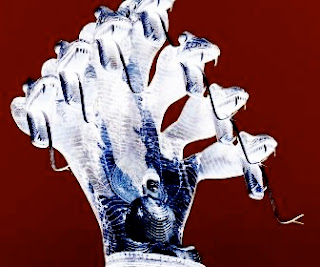 Its architecture is, typically: 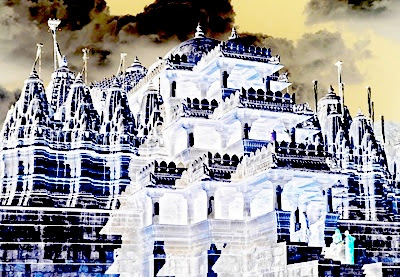 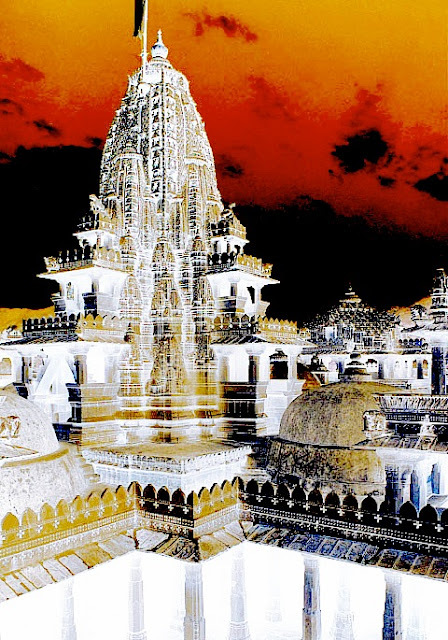 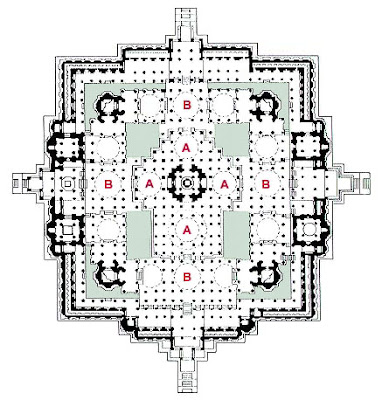 Its rumored treasures include:

1. Potions of Poison Breath
2. Antidotes To All Poisons, Including Those Not Yet Synthesized
3. Wedding Contracts, Signed By Parties Unknown
4. Scrolls of Disaster
5. Scroll of Protection from Demons
6. A jade wedding ring, carved with serpents
7. A Staff of Breaking Bone
8. A Manual of the Tongue of Dinosaurs 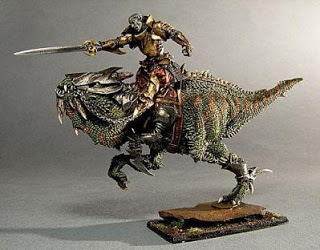 The Corrupt Drow of the House of Rotmort:

-Have thief special abilities, no matter their class
-Disintegrate into chlorine gas at 0 hp

To generate a party of Rotmort Drow, roll one of each die (a lot easier with a pop-o-matic bubble) or use THIS NEW WIDGET:

d4=The number of utahraptors accompanying the party (if outdoors) or crocodiles (if indoors).

d8=To hit bonus. 8 minus that number equals their wizard level. They are strong in the arts of avoidance and misdirection.

Damn I wish I lived in LA. Not just because Boston is being buried under 2 feet of snow today, but because posts like this make me reel at the unbridled creativity that must flow at your table. Happy New Year!