The Cobalt Claw of Tiamat 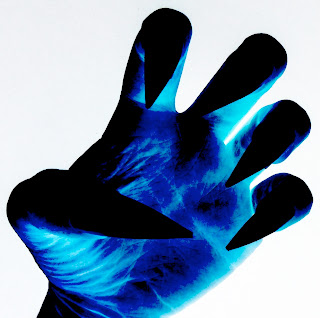 Of the five Tributaries of the Church of Tiamat--The Red Hand, The Black Wing, The Jade Fang, the Pale Eye, and the Cobalt Claw--the last has been the most active in recent months. Its blue is not the blue of daylight sky, it is the rich and unnatural blue of pollution, of chaos, of storms and other worlds. 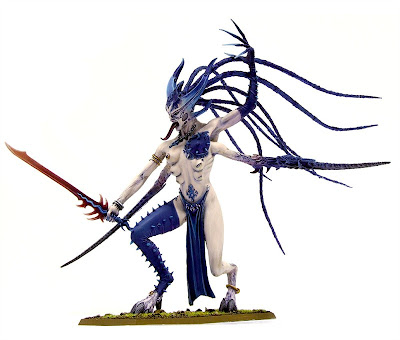 The distinctive teaching of the Cobalt church is the Doctrines of Irreversible Disassembly. The Church believes in the primacy of entropy and its Order of Entropic Principals originated the concept of the exentomp.

An exentomp is an object that is a result of the interaction of order and chaos.  Though, practically speaking, all things on the material plane are exentomps--the term is usually reserved for things with exentompic ratios approaching 1:1, like crumbling cities or mutants. 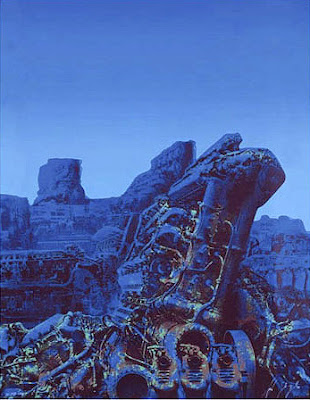 (Footnote by Noisms: There is some confusion among philosophers as to whether law and chaos themselves are exentomps. Some argue that since law is the antithesis of chaos and vice versa, the two do not interact and hence are not exentomps; others argue that since they both rely on their opposition to each other for their existence, this is a form of interactions and hence they are indeed exentomps.

Footnote by False Patrick:
Eternal or 'outside' things might be 'non-exentompic'. 'Exentompical' is 'reassuringly real'.

Footnote on False Patrick's Footnote:
The Cobalt Claw believes such 'eternal' or 'outside' things number only one: Her Pentacephalic Majesty herself.)

The Cobalt Claw is concerned with the creation of hybrids and exentomps of all kinds. Practically speaking, this means the Cobalt Claw is very big on mutants and inexplicable vandalisms (for example: disordering the pages of books in a library while leaving the order of books itself intact) as well as the kind of extended, esoteric rituals that make sci fantasy cults seem so exhausting to those of us not in them. 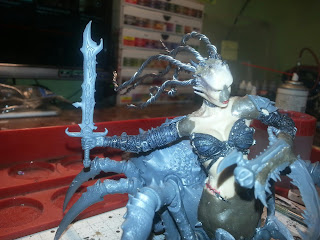 Its center of its activity is the radioactive jungle of Cobalt Reach, graveyard of demons, particularly west of the palace of the late Ferox the Incinerator, third daughter of Glittering Tiamat.

Until recently the leader of the Claw was the likewise-late Archbishop Sarpedon (a reskin of that lizardman lich in Caverns of Thracia) who failed in his attempt to establish a new cathedral around Ferox's abandoned nest. 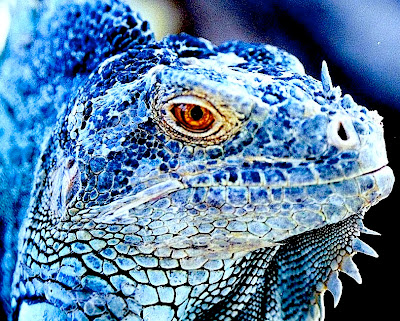 Nevertheless, the warbands and covens of the Cobalt Claw cult remain, and their ranks include: 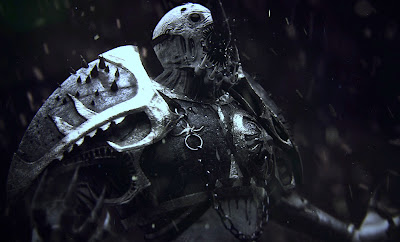 The Cobalt Claw is the most science fantasy of the Tributary churches, its schemes typically include:

The lizardmen and reptile women of the Claw speak in a language of excretions. The touch of their skin can cause: 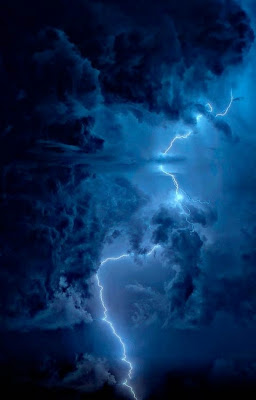 To quickly generate a warband of the Claw roll one of each die (a lot easier with a pop-o-matic bubble):

d20= Type of auxiliary creature or creatures accompanying the warband. To find that creature, consult the Creature table above. Roll more than 1d20 if indicated creature's unique. 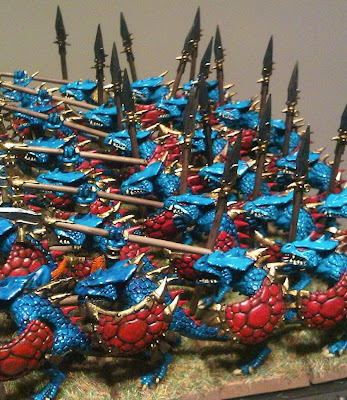