(Pretty much the exact transcript) 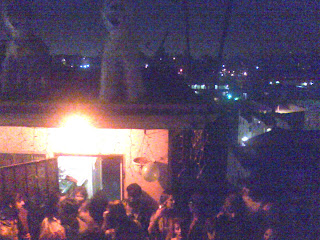 ...yep. They're looking at me and they're llamas."
"Lemme see. Oh but that's nice. Ok, ok ok--you want to play a game?"
"Always."
"Ok, I'm going to look at every picture in here and you tell me why it's there."
"I'll endeavor to be entertaining and/or informative."
"Good. So this..."
"That's a crossbow and it's in there in case I ever have to draw one."
"...And you've forgotten there's the internet?"
"Don't judge me, woman. On occasion I am in an airport in like some square state and I need to draw a crossbow. Such is life."
"You got a light?"
"Yes...maybe...mmmm...yes."
"Cool. Ok--whatthefuckisthis?" 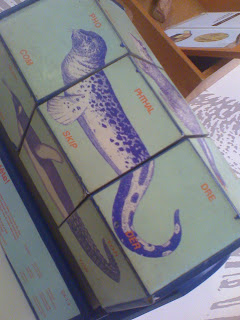 "That is a thingy that you spin and it makes combination animals in a Canadian museum. I took it because it reminded me of this book this guy I kinda know was making."
"He's making a flippy animal book?"
"It's like a Dungeons and Dragons book and there's monsters and you can flip them and make new ones."
"You can make your own monsters in Dungeons and Dragons?"
"I can. I don't know about you."
"Shit I'll make all the monsters. So how do you know this guy?"
"He sent me one once."
"Why?"
"Because of my D&D blog, people send me stuff sometimes."
"Oh, that's so sweet. Is there a lot of people who like trade things and stuff? I bet they're all like a bunch of sweethearts."
"Mmmmm...most of them. Man, I sure hope the pregnant-dress goes out of style."
"Oh my god, me too. I don't get it. Stop it you American Apparel model wannabe bitch. Ok ok, back to this. Who's this guy?" 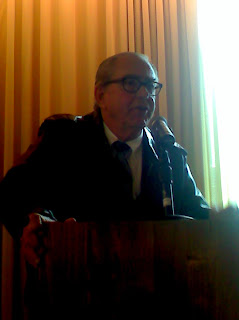 "Robert Williams. The painter. You know he did like the painting on the inside of Appetite for Destruction. He's at this debate for the magazine I work for--which reminds me I gotta fucking do that debate again in the morning. Standard hotel....open bar?"
"Seriously?"
"Yep."
"I'm there. Ok: that's...Mandy and some girl because well why that's obvious, and that, too, and...
what's that?"
"A sea cucumber. Because sea cucumbers are cool."
"And that?" 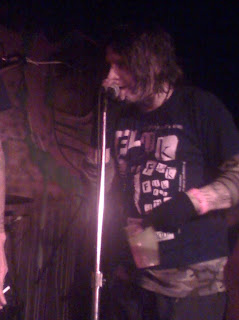 "Mikey from Eyehategod because Eyehategod is cool."
"And that's you with blood coming out of your ear and I'm not going to ask, and...and this?" 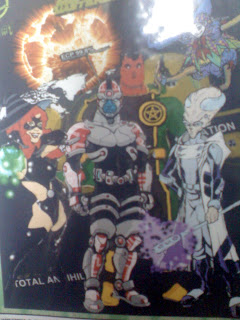 "It's this drawing this guy I met in New York made for a game he was running. Like D&D but with superheroes."
"He seriously made this just for the game? That's so, like... That's wild--I have to play with you guys sometime! So he drew all that? How does the game work? It's like..."
"You...ok, so there's like the game master who is sort of like...Ok, it's kind of like a video game and everyone is playing except one person is the game master which means they're like the video game itself. They tell the other players what's going on."
"How do they decide?"
"Either make it up or roll dice, depending. I mean there's different rules for different ways to play, but basically you just sort of...the game master picks but then certain things are purposefully left to chance. Different things in different versions."
"Well I saw the video. I think I get it, but so you can do whatever you want?"
"Kinda. Like this guy is running a superhero game so in order to show his players what kind of world they're in he made this whole binder full of superhero information for them with pictures he did. So for that game, everything in that binder is true."
"That's so fun! You want another one? And you just met this guy because you both run these games?"
"Yes ma'am I do. And yes I did."
"That is like a lot of effort they must be like really generous people."
"Mostly."
"So some of them are jerks? How do you know, like what do they do?"
"Oh, y'know it's the internet. Some are vociferously opposed to the way other ones write down what they think about playing Dungeons and Dragons and so they like will bitch."
"A lot? Like every day? Like did they bitch today?"
"Sure."
"Man. It's Saturday night, they should get off the internet and get laid."
"That is an interpretation of the available facts with which I am entirely in agreement, C.C."
"That is cum on someone's face, and I know why you took that, that's a painting, that's...ok, what's that?" 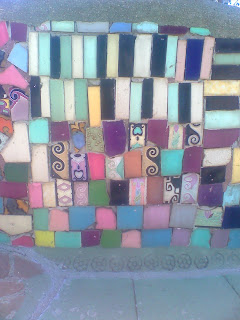 "That is a close-up of part of Watts Towers which I took because I thought it looked neat and also I was thinking I might turn it into a dungeon."
"Like for the game?"
"Yeah--like I would color code it--like say the aqua was one thing like a trap and the black was something else and each one was a room, and..."
"We so have to play, ok? I'm serious."
"Yeah, no problem."
"Ok, that's Alex, I know why you have a picture of Alex, that's Drax, that's a hot dog because you like hot dogs, that's whatshername the black girl with the ass....what's that?"
"That is a little cardboard model of the inside of the Enterprise the writers on the show used to figure out where people were so the script continuity would work right."
"Neat...ok that's Mandy and Nadia...did she...uh...?" 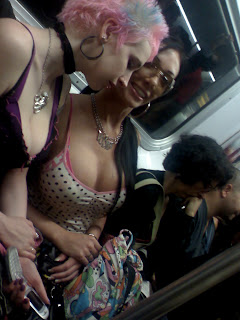 Mickey's...the malt liquor made by the Lady of Pain's dabus!

The thingy that you spin is awesome. It makes me want to make monster segment dice—d6's so they could be grouped together. It could work as both a randomizer and a miniature at the table.

Also, I should really reconsider how I usually spend my Friday nights....

Thanks for the nod Zak, I really appreciate it and I appreciate that you thought it was cool. Anytime you want to stop by the Strat in NYC let me know and we'll have a chair for you.

Now to be honest and fair, I didn't draw all those images. Many of them were done by friends and I just assembled it all together and did a little photoshop magic to make it all gel.

Also, that wasn't for my D&D with Superheroes game. That was actually normal Superheroes.

Thanks again! Y'all come back to NY now ya'hear?

I said "D&D but with superheroes" because I was just trying to explain rpgs to a civilian is all.

I've been griping about the pregnant-dress for a year now. Word.

@Zak - Gotcha. My bad. I reread it and had a better understanding of the situation.

Thanks again for the mention.

Zak, you rock! I just love these little "slice of life" posts, beats the crap out of most of the blogs out there. Too much navel gazing and not enough having fun!

Robert Williams sounds like a cool guy. I used to worship Roberta Williams. She made all of my most favorite video games that I played as a kid.