Results Of Our Extensive Market Research 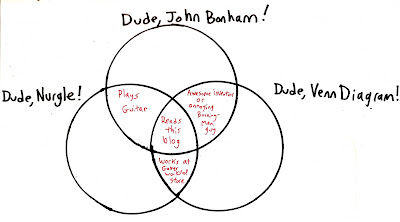 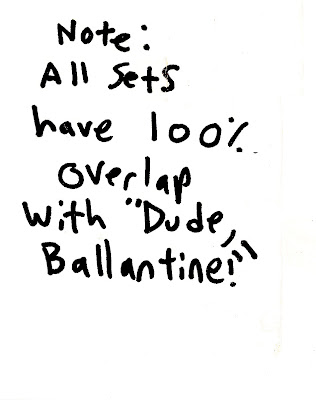 Blue Ballantine. All the way from Philadelphia.

if one were to build a one-shot RPG session entirely from lyrics from Tom Waits songs, what would it be like? What system should it use?

Shit, now I need some cheap whiskey and a game set on the corner of Pynchon and Waits.

Over the Edge, I reckon.

At one juncture in my old 2e game the party of 9 or 10 players were all in HPL's dreamlands, near a coaching inn on the road between Ulthar and Dylath-Leen. They ran afoul of a group of 4 enigmatic adventurers. After dropping the guy with the huge 2handed maul, one of the players had cause and opportunity to utter the immortal words..
"Dude, John Bonham!"

your marketing people are frighteningly accurate.

I fully support the use of Venn diagrams and their wonderful extension, Kargnaugh maps.