So I asked Mandy and Viv... 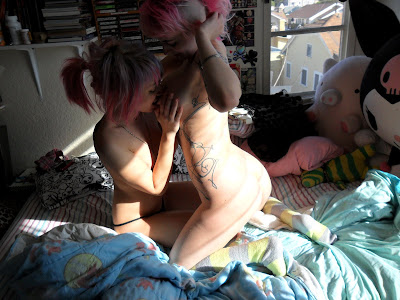 ...to go through all the pictures of guys on my hard drive and rank them in terms of sex appeal. Their decisions were surprisingly unanimous. Here are a few of the contestants. Some of these guys ranked very high, some ranked very low, and one of them was a bone of contention between the panellists. See if you can guess how everyone ranked--and why... 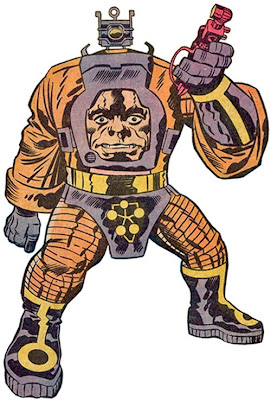 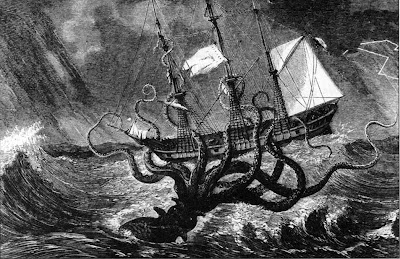 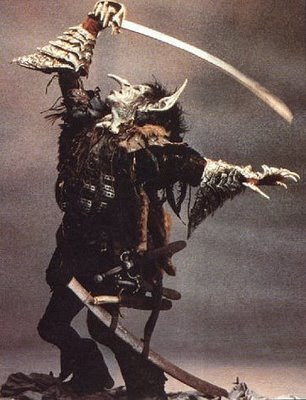 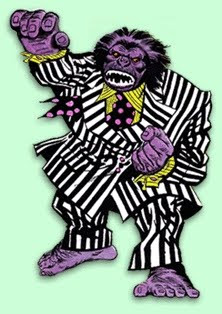 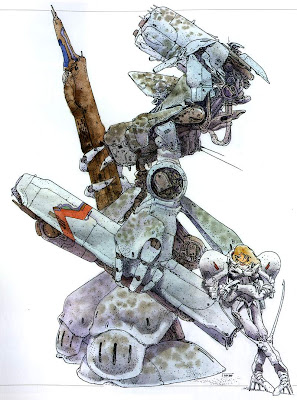 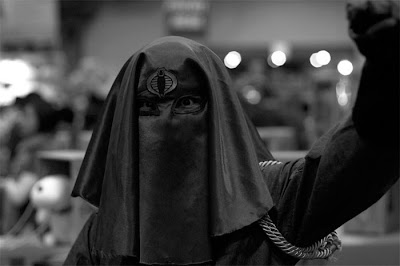 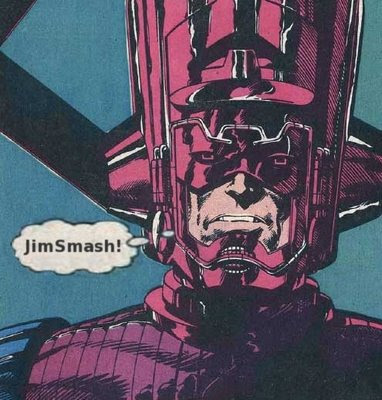 Galactus. He is saying "Jim Smash" because I was too lazy to edit the picture I grabbed. This phrase was not considered an element of his appeal or lack thereof by the panel. 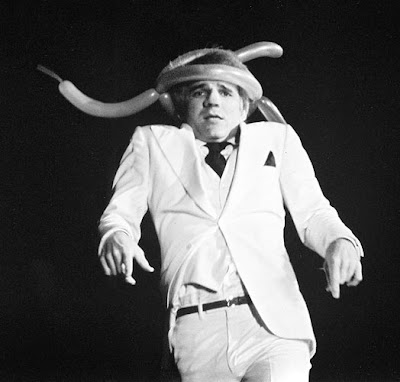 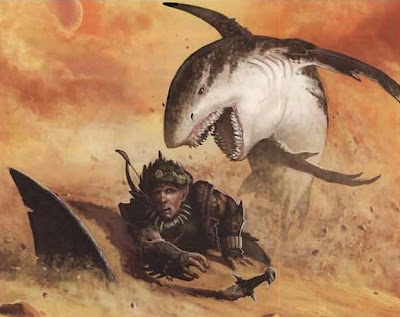 A Silt Shark from Dark Sun

Foul! Blix is a girl! A super hot girl.

Some Robot: Not hot...in fact, pretty much asexual.

Cobra Commander: Could be hot. He certainly has a mystique.

Galactus: Hot. Very regal and dominant. (Although I recognized this panel, and I looked it up to be sure—this is from the "Trial of Galactus" storyline where he's at a low point in his life. In fact, the original line is "I...am dying...".)

Steve Martin: Hot; stylish with a great sense of humor.

Snake thing: I'm not sure, really. I'm guessing this was the contentious one.

Silt shark: Nah. Just too toothy. And there's all that silt everywhere.

I'm sorry was there a post? After the picture of Mandy and Viv I sort of blacked out.

Viv is sexy beyond human understanding and Mandy is that plus gamer cool.

Again, what were we talking about?

The Boss. Because ya know, pinstripes are all the rage...eight decades ago.

'Kay, seriously, I have no idea. I want to say that Steve Martin placed #1, or maybe the kraken because it has many tentacles with which to...enamor a lover. But I suspect that this is somehow a trick guessing game.

NONE of them are hot
some are just less sexy than the others . . .

fuck, i forgot about Will's front page again. oh well, he took me off already.

Theyre all very powerful (physically) things. They all have something phallic about them also.

I hate Steve Martin, so Im hoping hes a failure in this ranking. Im probably wrong though.

The gorillas suit is sexy, but I think he is not. I want to kick Arnim Zola really hard in the face. Not sexy.

Point of contention? Galactus I think.

ps Many Hearts for Gigacrawler. I'd be contributing but I've just gotten home and I'm enjoying the beach and sun etc.

Would you mind running the Raggi-with-dicebag picture past them? I'm surprised that's not on your hard drive.

How do we know the gender of the Kraken? I'm just wondering.

You can see its little jaunty mustache.

As a philosophy graduate who thinks he's much funnier than he is, I'd like to think that Steve Martin is considered hot, but I am probably very wrong.

Here, I have provided a diagram of the Kraken's manhood.

+1 on what Trent said about Steve Martin, seriously, ugh.

The Kraken is the best! and the big awesome robot.

And i was going to argue that the Kraken's gender hardly matters but the diagram is too powerful to dispute.

I can't even guess.

A couple of you came close, the rest of you are way off.

Well, I'd say the kraken is definitely a turn on for Mandy, based on other comments she's made. The rest, who knows....

Any chance of seeing the answer key at some point?

Yeah, this is no fun unless we can prove who's right and therefore the smartest. ;)

...Seriously, I want to know the top picks too.

Ok here's one: Steve Martin was GIANT NO! Gross.

Excellent. I did not care for the prospect of hating you.

Huth (sorry, I don't know how to make umlauts in comments):
Thank you for such a great laugh... I really needed it!