You Can't Use Light To Talk To Mold

If there's one thing I know about Maze of the Blue Medusa, it's that it's overrun with Chameleon Women.

Now, for most parties, this is a problem, because they have machetes and want to cut you. Also chameleon skin. However, my players got around this to some degree because Annwn... 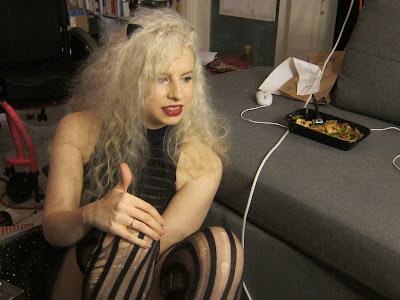 ...after dying three times in the Maze, decided to make her third character a Chameleon Woman paladin: 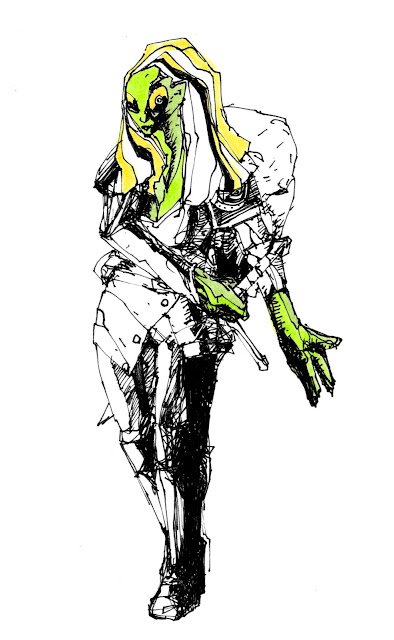 Her name is Nyandra, a Knight of Tittivila. So the Chameleon Women come up and Nyandra dazzles them with class warfare and tales of some quest she's up on and tells them the party are her mammal slaves. This works fine until Annwn misses a session, at which point the party is back to increasingly dangerous and hateful armed stealth reptiles questioning their right to be even present in gaming-centric spaces as people who don't go outside enough say.

So that happened last week. What also happened a couple weeks before is the party took out Lady Nine Bones and Arafel the Sorceress got ahold of her NineBoned Necklace. Now those of you who read the award winning and sadly now out-of-print-and-pdf-only Maze will recall the NineBoned Necklace causes the wearer to be possessed by one of nine major NPCs from the Maze. It took a while to figure this out and said sorceress ended up thinking she was all these other people and at one point she accidentally turned a couple players to stone on account of being possessed by the medusa and generally hilarity ensued.

Once the Bone Code was deciphered (this took hours and there were random encounters in the middle) the players decided the personality they liked best was Kinixys Ziteki, the ancient Reptile King, who is fairly chill and, more to the point, knows where the Reptile Archive is and is totally happy to lead the PCs there.

Arafel's player, Ms Morgan, an actual actress with real credits, has thrown herself into the part, swanning about the maze with that certain saurian joi-de-vivre only Reptile Kings can pull off, regenerating limbs and calling the revenant reptile librarian "Carol" like it's the goddamn Mary Tyler Moore Show. (Also she calls Torgos Zooth "Mac Tonight" which hey, I asked for... 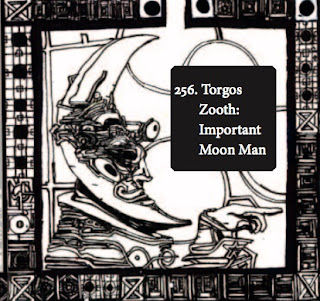 ...and probably serves me right for stealing from Warhammer... 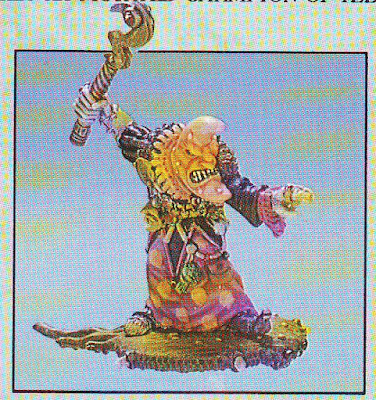 ...which phrase you can just carve on my gravestone right now.)

The only problem is, Arafel thinks she is Kinixys Ziteki, Lord of All Reptiles, and only Arafel thinks that. So the Annwn-less party comes up on some Chameleon Women and they are all like...
...and Arafel, who looks kind of like this... 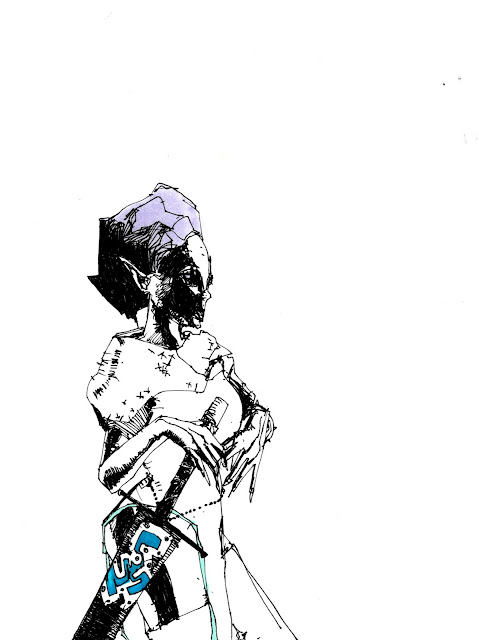 ...rolls up smiling, being like "Behold! It is your lost King! I'm sure a Reptile and scaly. Let's relate! How about those things that Chameleon Women are upset about?"

And they are like No. So that's a whole problem.

So the party goes the other way and encounter the lens device thing that teleports the different kinds of light from anywhere in the universe to the one room so you can read by it and then they get attacked by a ooze mold because I started using this random encounter table.

And the cleric got it in her head that she could use the Command spell on the goo and that didn't work and it had 8 hit points so they were like fuuuck and then she was messing with the reading-lens mechanism like as if to communicate with it maybe? and I was eventually like "You can't use light to talk to mold".

They eventually got the mold trapped in a web spell and met Draco Scabra the Laughing Lich. Draco will attack when players stop being funny which is a mechanic that you can see the players tripping without even noticing but luckily for everyone the "Reptile King" was the first to enter the room, and Draco was pretty much rolling the whole time like "HellOo my squamous lord, I'm SO sorry I didn't -tsssss- recogn -ffffffffheheh- ize youUuu".

Then the party got the idea that somehow:

-killing the thing in the GoshGolly Toad room's cage would make all the infrared moth larva hatch (if you haven't read the Maze then yeah, I get it, you're totally lost right now. Doesn't it sound intriguing? Buy one.)
and
-that this would be a good thing.

And then some random NPCs showed up and somebody started babbling about this "plan" to them and then someone was all "Ixnay on the arvalay"--because I think they thought this was some genius jiu-jitsuing the dungeon master scheme not fit for lesser minds. And then they got along with the NPC party and killed the thing and the larva didn't come out because why would they and that was that and then I think we stopped for the day and some people leveled up.

Enjoyed that one Zac, thanks. I have to say I'm not usually drawn to your art but those character sketches are masterful.

1) A lot of people I know who are in the game designing biz, usually don't play games. Strange, but true. I am glad to see you are playing, because that's the main thing? Shore!
2) It is the players duty to amuse the DM. Sounds like your players understand this.
3) Silly voices are EZXTREMELY important.

2) I think an RPG session is basically a party. When you start thinking about having fun at a party too much in those transactional terms, you're already in trouble.