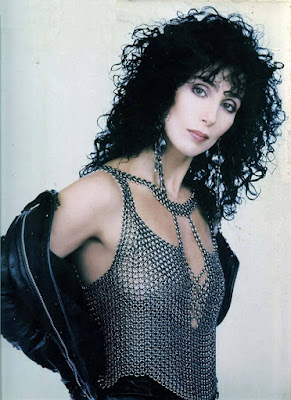 So I was listening to the Longform podcast and somebody who runs a web magazine was talking about the kinds of nonfiction that were popular on the site.

Those kinds of true crime stories, he was saying, where there's like a few guys out in middle America and they get mixed up in some Cohen brothersy yarn of guns and betrayal and assbackwardsry--people love those. You can read the stats, people read them all the way through, they eat them right up.

But, he went on, they don't share them. They don't go on Facebook and go "Hey everybody read this Cohen brothersy yarn of guns, betrayal and assbackwardsry, you'll love it!"

Because why would you? You liked it, you don't know if any of your friends would. There isn't much to say about it other than "Well that was crazy"""Yeah and the part with the ice and the piano""OMG I know!".

People share opinion--even opinion they don't agree with--because then they can have a conversation about it. And also because their agreement or disagreement says something about them--which they broadcast to people--then people know what they're about (people knowing what you're about attracts like-minded people. And everybody in this life needs like-minded people.)

Women share more than men, that's science. (It's also science that women buy more stuff than men, I've seen estimates at like 70-85%.) A lot of that sharing is quick notes about taste. I like this, these. Again, this says something about you, which like-minded people will notice.

Zealots share more than anyone. Zealots will share things whether or not anyone cares (though some of their acquaintances always will--specifically other zealots. This is why all forms of zealot now have insane online zealot networks.) Therefore extremism will be disproportionately shared. This is why, for instance, Something Awful goons' accusation that James Raggi cavorts with Nazis and I am one are more widely shared than the proven facts that they're lying, he doesn't and I'm Jewish. The accusations excite zealots, boring facts do not.

Which is all to say: things get shared more to the degree that they make a statement, that they have a point. Hell: my "Always Share Kingdom Death" policy is specifically because it helps makes a point. Controversial things become well-known because their mere existence, whether good or bad, makes a point and suggests some discussion of something outside themselves.

There are very good things that get neglected by the sharing economy: often the most evocative and otherworldly game-writing is the least shared simply because it is otherworldly, it isn't immediately and obviously telling us something about something or about the person who is sharing, it just is and is good, like thick coins of pepperoni on a lake of extra cheese. You find Thief of Baghdad or Svankmajer's Alice and go why didn't anyone tell me about this? --well because it makes no point.

This blog entry has one though: be aware of the dynamics of sharing--and especially of what you like but don't share. And consider changing it up once in a while. It is, after all, called "the web" for a reason.
-
-
-

I love it. I read your link, expect a gaming post, and then run into a succinct and to the point analysis of the web ecosystem and a suggestion for how to actively hack it into a better web. Well written.

I stopped sharing most music links on FB because my number of friends from the punk and metal scene who are interested in keeping up with new music in those genres is pretty low and certainly no one else gives a shit.

Pretty much exactly this was one of my biggest realizations from running a kickstarter--that people (myself included, I've realized) share things based off of identity way more than quality. I'm way more likely to be like "hey, you like Lovecraft and rhythm games, check out this Lovecraft-themed music game" even if I don't know if it's good or not than I am to post just about a game being really good.

I use G+ and Tumblr exactly as you describe--little shouts of "This is cool!" and "I like this!" and nothing more substantive than that. Most current forms of social media get unwieldy when folks try to use them to hold an actual conversation.

I really miss the heyday of forums and blogs, when people were more apt to say "I like this (or not) AND here's why" and then elaborate for a few paragraphs (or in some cases bloviate for pages). And then the comment sections were just amazing conversations. And you could easily bookmark the damn things.

Admittedly, there are a handful of thoughtful OSRish RPG bloggers I still follow, but my Feedly collection of RPG blogs used to be filled every morning with dozens of posts. Now, I only get about ten on a regular basis. And I haven't pruned that collection in quite some time.

Great post! You wouldn't happen to remember which episode of Longform it was that you referenced, would you? It sounds like it would be interesting to listen to.

i can't remember unfortunately. they're all good though