My 9th Level Thief On The Morality of Dungeons & Dragons 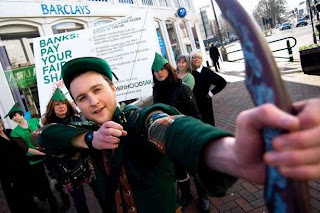 Yeah, the Lotus Monks gave us soup and detected as Lawful but in The Blighted Lands of Yeso, what is the Law?

The law is 50,000 starving refugees, poison rivers, naga cults, families selling their daughters for rice and I find out these monks have a treasure room that'd make Pope Alexander VI blush? Yeah I backstabbed them. And the wizard webbed them, and Paul killed the Muscle Lich Monk with a +3 spear just to get the diamond in his heart.

We killed them like we killed the Necromancer of the Horned Tower and the vampires of Wessex and the Cult of Anubis and the Sorcerer of Bone Hill and Baron Strahd von Zarovich (twice) and the Hill Giant King. And we took their stuff. How could you not? That's why you kill kings. They have a monopoly on stuff. 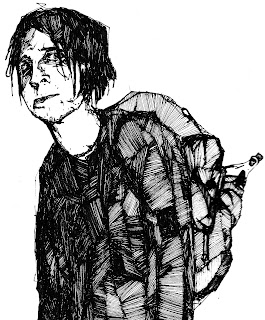 Call me a thief? Ok, well I am a thief, name level, thank you very much and it took over an Orcus worth of xp to get there. Call me an imperialist? Fuck you, I'm Robin Hood.

I get xp for stealing what the rich have--but not for keeping it. Not for making investments, loansharking, building plantations, or bribing myself into a position of power, I just get it for taking it from the 1%. After killing them for being bastards.

If the children of your world take a life lesson from that: good.

Is there a single more honorable profession, in these days of grim toil and gruesome inequity, than thief? Is there any fate for an emperor more just than to be Murdered and any act more necessary for the improvement of humanity than to Take His Stuff?

Now if you'll excuse me, I need to collect some donations for the lower Snail Quarter orphans' hospital. 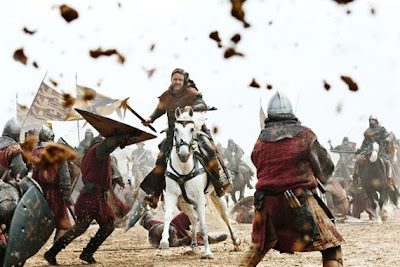 When I say No Gods No Masters I want you to understand that I REALLY MEAN IT.

This post really makes me happy, as I've often intended the "Status Quo" to be one of the primary villains in my campaign.

I thought the Snail Quarter was entirely peopled with famous adventurers from across all time and all possible dimensions ... so, if there is an orphanage there ... are these orphans also famous adventurers? eternally young and forever somewhat needy?

Of course. Most of them are Alices and Alistairs.

Excellent post; the kind that makes you want to write a campaign.

Posting here because it seems to be the most recent post tagged "Constantcon": What is the status of Constantcon at this point? Is it dead? Or just the coordinating blog?

It's still going, just many groups have solidified.

To join a game, get on Google plus, send me a link to your profile, then remind me you want to get in on a game--I'll start a thread for you.