Felines of the Flat Planet

Snow leopards stalk the Northern Lands from the River of Unfathomable despair to Nornrik and beyond. Males have crystalline teeth. Females prize the taste of the hands of elves.

Drownesia is home to tigers, who, it is said, destroyed the Reptile Empire in the year 9 of the Cylindrical Calendar. Blue tigers have two souls, so they must be struck by the same spell twice before it takes effect. The Still Princes pay homage to the kamadan or jaguar-python. 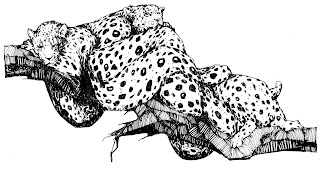 White tigers live in the chaos blighted realm of the Negatsar. They have poisonous reflections and the tongues of vipers. 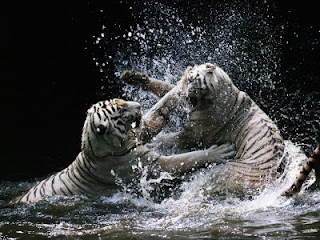 Desert leopards occupy the Colossal Waste. These nomadic creatures speak the languages of all other desert animals, and the languages of diplomacy. They have been known to advise Vizier Nephren-Nak-Zadd, on matters of architecture and state.

Voivodja hosts clouded cats--noble and crepuscular, they build puzzle houses in the trees. At least one is Cheshire. 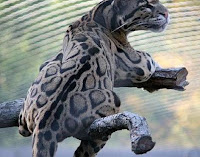 The loathsome sea lynx lives in the bellies of fat fishes, from which it moistly squirms to attack luckless seamen at dawn, dragging them kicking into the greygreen foam.

The Twelve-Clawed Cat of Vil Vorrvast scars 8 children on the 8th day of the 8th month every 8 years: one will be a king, one a miser, one a whore, one a pieman, one a grocer, and one a scholar, one will grow to be a hero in a desperate, distant land and one will be an astrologer and die sobbing. 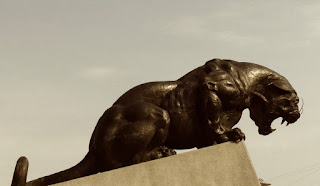 The Isles of Ignorance and Pain are known to have ocelots--these creatures are despised by Tittivila, who refuses to heal them. They stow away on merchant ships, stealing haddock and Gyorslan schnapps.


The riding panthers of the polar amazons are the size of coursers, and range from deepest black to a marbled purple. 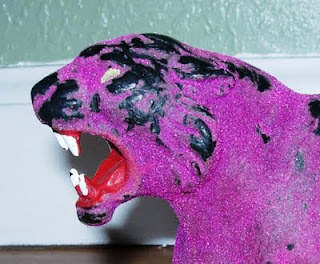 This is straight poetry. I'm tempted to read it at the next open mike night and see what kind of reaction I get.

That's good mindscapes for my morning.

Beautiful. This is why the world needs artists. I'd like to compare this to the following entry from the 2nd Edition Ravenloft's Monstrous Compendium: 'The shadow unicorn is a terrifying creature of pure evil that roams the wilds of Darkon and Falkovnia, intent only on glorying in the fear and pain of those it encounters.'

Why I read this blog. Brilliant.

Should there be a table for Blue Tigers to randomly determine a few spells that have already struck them "once" when encountered?

Somehow this was just what I needed after a long day of work. Great stuff!