It was Superbowl Sunday and there were gargoyles.

The halfling immediately ran into the dining room and Blixa naturally ran after, climbed the wall, and hid above the doorway on overwatch with a net.

Most of the gargoyles went after all the guys with hit points still in the hallway, but one was dumb enough to chase the halfling.

So he got netted, hit the floor, and the halfling shoved cake in his face, blinding him.

Blixa spends the next round dousing the downed devil in marbles and caltrops, so he tries to get out of the net and immediately falls down again and the halfling curbstomps him into a caltrop.

He is now competing for "most humiliated gargoyle in Ravenloft" with the one in the other room getting killed by the gnome's 3 badger companions (badgers get three attacks per round).

Malice the assassin drags a few wounded henchmen into the Death and Cake room and runs back out to join the fight.

We climb into position with crossbows and tell the henchmen to smear cake and entrails on the floor in case any more gargoyles come in.

One does, he slips, gets shot with two crossbows at once, escapes the cake, slips on the marbles and dies face first on poised hireling spears.

It was all smooth sailing for several rooms then until Strahd showed up and fireballed us all, killing 3 PCs, all the henchmen and Abelincolnvampirehunter the talking dog.

Which, for Blixa, hiding on the ceiling--7 hp and a saving throw away from death--was kinda triggering. Because he keeps buying dogs and vampire keep killing them.

The assassin steals a trick that my girlfriend made up 4 years ago--tossing a holy-water soaked net at Strahd--then he and the cleric incinerate him when he goes gaseous with a flaming sword and that flame strike scroll that was hidden in the dungeon respectively.

So the mighty vampire is dead in 2 rounds, the noble Abelincolnvampire hunter is reincarnated with some goo from the Vats of Mazarin (as...roll roll....a wolverine) and Barovia has a few new Barons.

And Blixa looks upon his pelf...

...the long years,  the many adventures, the fallen companions, the Deck of Many Things, the miscellany of carefully packed potions, the 34,159 xp... and where has it got him?

On the other hand, amidst all this calamity and death, Blixa does have 66,476.50 gp to solace him.

And so, I hereby announce the opening of: 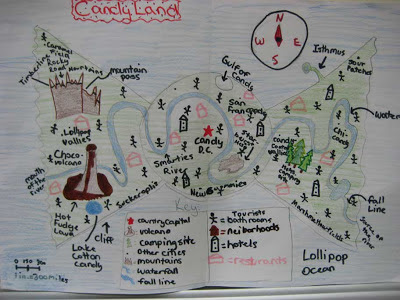 What do we do here?

Sell maps and buy maps.  We buy maps--interior or exterior--of any place in the FLAILSNAILS universe your PC has gone and sell copies of any map we've acquired. For genuine gp redeemable for xp.

How much do you buy maps for?

How much do you sell copies of these maps for?

Mere sp on the gp, my friend! Just ask before your next expedition to Vertique, Castle Amber, the Hill Cantons, Nightwick Abbey or anywhere else! No reasonable offer refused!

Can they be maps of places Blixa has been?

Sure, my own maps are pretty crap.

My ass is always asleep or at work when the G+ games I'm stoked about get going so I've been living vicariously through Blixa and other visitors to Wessex, this sounds like a very cool development, and condolences/congratulations regarding Abelincolnvampirehunter.

I like how he is running around D&D basically being Macaulay Culkin in Home ALone.

I am enjoying reading your posts. It should entertain me through the slow months at work. I have come to note your love of lists. Like, bunches of them. Though, I am relatively sure I have something I do often enough that it has been pointed out to me by several dozen people, other than look like the guy from the hangover, or zac brown...

Keep up the Delving mighty delver!