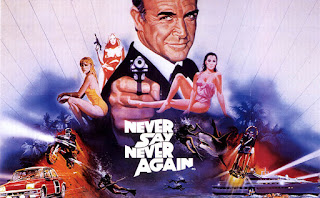 Glasses guy: "Honestly, it's impossible."
Jeff Bridges: "Tony Stark was able to build this in a cave! With a bunch of scraps!"
Glasses guy: "Well, I'm sorry. I'm not Tony Stark."

I feel like in one or other way, I see this conversation about RPGs every day. Only it's not about building an arc reactor or flying robot armor with repulsor rays and a personal forcefield, it's about some new thing that someone's decided is impossible in RPGs. And you replace "Tony Stark" with "Dave Arneson" or "Ed Greenwood " or somebody.

Things I've heard, off the top of my head, called "impossible" in games:

-Running a superhero game for people uninterested in power fantasies

-Get maximum tension in a game while players keep wisecracking

I get it, you're not Tony Stark. But some people are, so never say never.

What we're really talking about is not things that are impossible but things that make running a game (maybe) harder.

Sometimes things that are hard are worth it. Like: Moby Dick is about the history of whaling and (and this is harder) about some kind of man-whale conflict and (and this is even harder) funny.

When you knowingly do stuff that's hard because you think there'll be a payoff that's called Getting Ambitious.
_____

So if you're just jawing about games on the internet and you say Never you should probably just kill your weirdly dogmatic self now, but what about in other contexts?

In designing games, do you design around what's possible to do or what the typical GM can do?

That is probably a question with more meat on it.

GM advice is, by definition, aimed at people who you think might not know the specific thing you are advising them on, so that could plausibly be aimed at the "typical GM".

But what about the rules?

I have seen designers (Gygax on Mythus) design a game around the worst GM they could imagine. ("Idiot-proof")

I have seen designers (Gygax and Arneson on OD&D) design a game around the best GMs they could imagine. ("Those wargamers who lack imagination, those who don’t care for Burroughs’ Martian adventures where John Carter is groping through black pits, who feel no thrill upon reading Howard’s Conan saga, who do not enjoy the de Camp & Pratt fantasies or Fritz Leiber’s Fafhrd and the Gray Mouser pitting their swords against evil sorceries will not be likely to find DUNGEONS and DRAGONS to their taste. But those whose imaginations know no bounds will find that these rules are the answer to their prayers. ")

I have seen designers (2e) design a game around every single kind of GM in existence simultaneously.

I have seen designers (most indie games) design a game around an imagined "average GM".

I designed Vornheim mostly around me and I usually enjoy stuff that people design around themselves.

Assuming, in a product, that your audience isn't people like you is always a much more complex business. And more complexly motivated. It can be done well--like with the Red Box or with the LOTFP intro book. But it's tricky.

I think designing a game for an imaginary GM is likely to fail. You're better off designing for your friends. Or the people you know. Or even your fans, assuming you've got an idea who they are as people.

That's impossible? Geez, I did that for 10 years. Not a lot of PC death, because the PCs were careful and tough, but, yeah, character-centered story-arc kind of game. Eventually ended when, in fact, half the PCs got killed and then half again died trying to get them back. I'm not sure how that's supposed to be so hard. I mean, if I could do that, why not others?

Because people who write things like that are dumb as toast, that's why.

Least of my worries. My big problem is designing a game without being distracted by another idea...and another...etc.

I have gamer ADD.

That would explain it. By definition, nothing I do while GMing can actually even be hard, or I'd have messed it up years ago. :)

I might just be Tony Stark. 90% of my GMing experience is with character-focused stories while PC death is a real and constant possibility.

It's the Kobold puppies we always worried about.