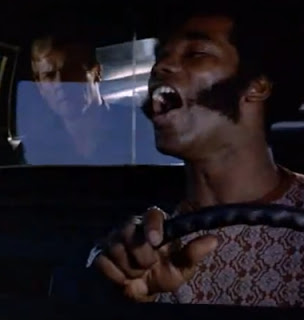 The man with the plutonium is getting away. James Bond needs a cab now. Does he get one?

In a James Bond movie, this is usually a function of two variables:

How awesome is James Bond at getting cabs? (Pretty awesome.)

How late in the movie are we?

If it's late in the movie, Bond's own awesomeness might be cancelled out by the desperateness of the plot.  Bond looks left, Bond looks right. No cab. He has to improvise. Oh fuck now he's running across the tops of the cars in midtown traffic!

If it isn't late in the movie, if Bond really wants a cab and fails to get it, it risks making him look like a different guy. Not like James Bond, but like some other non-cab-getting not-ominiversally-in-touch spy.

The goals here being served are:

James Bond gets to keep being James Bond. His visible integrity as a character (defined only by what we get to see him do) is not threatened by external things off screen.

The movie gets to keep feeling like a movie. Its Beginning/Middle/Climactic Desperate Ending structure is unthreatened.

The man with the plutonium is getting away. A PC in my game needs a cab now. Does he get one?

In my usual game this is a function of one variable:

How likely is it that I think there'd be a cab in the next round (6 seconds) in that place at that time that would stop for that person?

(If it was Call of Cthulhu, it'd be a function of PC luck.)

If it turns out there's a cab, it's my job as GM to make sure the immediate consequences of that are as interesting as possible while still keeping the sense in the player that causes in the fiction reliably have plausible effects in the fiction (which keeps the campaign interesting overall).

If it turns out there's not a cab, it's my job as GM to make sure the immediate consequences of that are as interesting as possible too, with the same conditions and for the same reasons.

The goals here being served are:

The player gets to keep feeling like their PC is in a puzzling but knowable world which will respond substantially differently to different decisions on the players' part.

The player worries a lot about making the right decisions and worries about the results of the die rolls.
________

(It should go without saying that in many situations both of these sets of goals are served. But this is about where priorities lie, not "what could or usually happens".)

The Cab Question came up this weekend because I (a guy who runs things on Logic B) was running Night's Black Agents--a system designed to serve Logic A.

I know it runs on Logic A because it pretty much says that in the book and because the designer, Kenneth Hite, was sitting on my couch and he was one of my players.

So Adam (not James Bond, but still, locally speaking, a very good spy in a spy thriller game) goes around the corner near the end of the game and needs a cab now.

I am running the game but I haven't really read the rules all the way through so I am kind of seat-of-my-pantsing it based on watching Ken run it the day before.

Me: "Is there a luck stat in this game?"

Ken: "Usually if someone is trying to get a cab I just have them spend a point of Urban Survival."

(Note here: a game is not just the game design but a game is also how the GM runs it. When Ken runs his own game we have the extremely unusual situation of game and game design being nearly identical.)

Me: "I've tried to get a moving cab in this neighborhood at exactly this time of night on a weekend and I'd say no matter what it's a crapshoot."

(This is me hybridizing whatever the hell my game design goal in my head is with the separate game design goal the game has. That results in a slightly different game. Everybody's cool with that. I roll a d6, high roll = cab. There's a cab.)

So a few things about the games:

--95% of the time I'd say this difference in GMing style resulted in almost no practical differences of any consequence at the table.

--Many of the differences in the two ways of running the game may have been minimized by the fact that we were both running one-shots. The difference between the first kind of logic and the second is probably way more clear if you play a one-shot cinematic game next to a session of a long haul worldbuildy campaign. In both my game and Ken's, the point was to have it all wrapped up a few hours after it started, so even though I had a little less devotion to a cinematic arc than Ken did, in practice, a solvable series of puzzles that can be solved in 4 hours feels a lot like a cinematic arc meant to last 4 hours.

--Another reasons the differences in style were minimized is most people playing weren't used to the system, so there were fewer things we knew would work or knew wouldn't work or knew didn't matter. If you don't know the degree to which the ticking time bomb obeys plot-logic instead of clock logic, you treat it like a real ticking time bomb, just in case.

--Another style contrast: at the beginning of my game I actually physically handed the players a physical book with actual clues actually in it. In this case, they could either find the clues or, if they didn't, spend points of Notice and Cryptography (which, it being the beginning of the session, they were flush with) to have them pointed out. This, I realize now and Ken kinda pointed out, goes totally against the design goal of making players feel like badasses: if they decide to spend the points, they're kinda admitting defeat. It went alright though, since I think my players are used to D&D games where everything is some involuted Gotham villain logic and sometimes you just do not give a fuck. The point of the GUMSHOE system on which Night's Black Agents is the players aren't Sherlock Holmes. The point of the way I run stuff is: well, if you want a shot at trying to be Sherlock Holmes you can have it.

-A good game (I don't mean the thing coming out of the rulebook, I mean the thing that happens at the table that's created by the intersection of that plus a GM plus an adventure plus a group) gives players opportunities to invent things and situations only they could've invented. Pretty much everybody got to do that both times, so that was pretty cool.

Match the player to what they did during the two sessions... 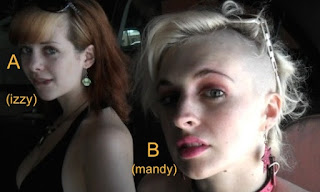 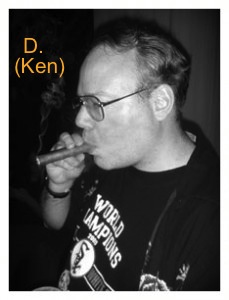 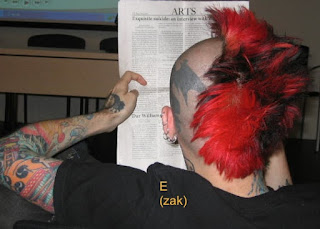 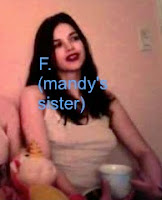 (Questions 1 and 2) In each game, one player eventually decided to throw caution to the wind and charge right toward the climax and got all shot up:

1. One was under a department store and spent all their points in Network (or was it Cover?) to reveal they were in real good with the mall cops hoping they'd be rescued. Unfortunately the mall cops were too far away and this person died. Which one?

2. One kicked open a door and got shot up to negative 8 Health or something. They then spent all their points on Preparedness to have a flash bang grenade and pulled the pin and it worked and they lived. Which one?

3. Who played a French paratrooper maximized for shooting?

4. Who played a Catholic Hungarian who killed the vampire at the end?

5. One of the two GMs ran a game where the overall structure was: there's a sort of heist-type situation that you can spend a few days scoping out and finding out clues to who the targets are.  You don't actually perform until a counterheist (triggered by decisions unrelated to the PCs actions in the fiction) begins. On the metalevel the trigger event is meant to occur once the PCs discover a few of the most important things about the target. Which one?

6. The other GM started with a fight and then a breadcrumb trail to a non-time-sensitive open location situation which was just very dense with clues to the (changing) whereabouts of the villain.  Which one?

7. Who played a tired sneaky Czech?

8. Who played a blonde German hacker?

9. One GM's adventure included a casino in Bratislava. Which?

10. One GM's adventure included Pollock's Toy Museum in London. Which?

11. Who played an investigator with Polish cop name?

13. Which GM decided one NPC's escape plan included an e-type Jag in a hidden tunnel?

14. Who decided the CIA guy who hired the players was actually a vampire?

15. Who keeps thinking this is definitely the direction he'd take NBA if he was running a campaign right now?

So weird to see Ken there -- I know him, but not from anything to do with gaming. Small world.

Mandy must have been the Hungarian.