Kimberly Kane's Thing About Getting Better At D&D

So Kimberly was on this kick last week that she wanted to "get better" at D&D. Which is a little weird because I feel like you can't really be bad at it, especially if you're having fun--and KK has so much fun she shows up to our place at 1 am wanting to play D&D so she can get better at it.

Which is wonderful because not only do I have to make up an adventure on the spot, but then I get to call around to everyone else in the group at 1 am on a weekday so that it's not like "Hey, you guys played without me!".

So anyway she shows up and wants to play. Because she wants to practice and learn to be strategic instead of just hitting everything she sees with whatever she's holding.

Simultaneously, Mandy decides (possibly because she's been watching me edit hours and hours of footage of herself playing for I Hit It With My Axe) that she wants to be less in charge and do less of the thinking.

So the end result of all that is KK gets knocked out in the first fight.

Mandy drags her back to town to get healed, then they go back to fight some monsters, and then Mandy gets immediately knocked out.

By this time the monsters have scared off the whole town so there's nobody to heal Mandy.

So Mandy's gonna die. (The mechanism? 0 hit points minus d6 per game hour. She dies at negative [her constitution]. Slow, but dramatic.) So after dispatching a rust monster, and a sabretoothed beast solo, Kimberly's running around seriously kind of freaking out in genuine real-life and ransacking this town looking for a way to heal Mandy and forcing me to roll on various Hey-What-The-Fuck-Is-In-This-Random-Fucking-Room type tables. (She'd already managed to accidentally kill a dog the same day. So she's, y'know, wracked with guilt.)

In order to make it all even more like an episode of Power Puff Girls, Buttercu--I mean, Frankie--shows up around 2 am and Kimberly's like "Jesus Christ, Frankie, thank god, heal Mandy!"

This is the price of being the cleric--there's always a chance your friends will have gotten themselves almost dead and will demand you play D&D with them--even if you just showed up at 2 am wanting boy advice and tranquilizers.

But then the new problem here is the villain is a vampire and Frankie has black fingernails and a tattoo of Baphomet on her arm and always plays a dark elf and so obviously would waaay rather be a vampire than a cleric.

But I say, hey, fuck it, I'll use it--so while Mandy and Kimberly are trying to figure out how to kill the vampire, Frankie is having dreams of a pale, craggy-featured, long-fingered stranger beckoning gothily in the heaving and velvety night.

So now it's all complicated. That's "emergent narrative and thematic complexity arising from representational tensions latent in the psychosocial matrix specific to the ludic aggregate" for those of you keeping score.

Today we got to play at a decent hour, which means I actually got to plan some shit in advance and get elaborate and world-buildy with it:

So the vampire is kept from the surface world by a ring of running water around an underground temple and the temple is a temple of Tittivila, the Horned Goddess and Tittivila is Frankie's Cleric's goddess who's a goddess of flesh and change who hates vampires because they don't ever change and Frankie therefore has to forsake her faith if she wants to be a vampire and the temple is carved inside the sleeping body of a Sacred Beast of Tittivila which is a black goat with eight eyes that's the size of a cathedral and you get in there by walking between its teeth and the only way to get past the goat-church into the vampire's lair is by solving a numerical code involving tarot cards. 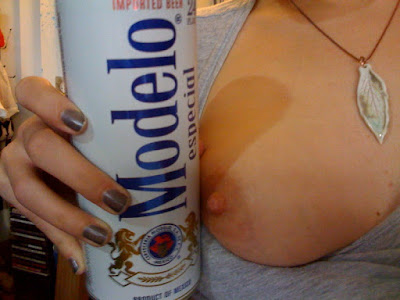 So, of course, Kimberly was like "Fuck it, I wanna play Warhammer" and drank a lot.

How drunk was she? She was drunk enough that she took this picture and then Twitted it and thought it was really funny.

Speaking of pictures of people with whatever they've been drinking...

The day's schtick involved talking to weird sentient puppets rigged up to look like scenes from the tarot deck.

Did you know there's a vampire tarot card? Look, right there. So the 5 of cups puppet-show was a sort of avatar or front-desk for the vampire.

And so the vampire's stand-in told her all about pining for his lost kingdom which is across the flowing water which he dare not cross, which whole back-story I made up before but which all happens to also be right there on the card so that was weird.

And I said that he said all that except only in like a poetic way that like Byron would have said it to which Frankie was like "Oh, that's hot."

Connie was around for this session, and drank Guiness while working on the puzzle. I haven't done a lot of puzzles with the girls yet since they make KK drink.

Mandy: "Maybe it's a combination--no, wait, Zak would never do that, if it was that complicated he'd know we'd never get it and just give up and be like: Fuck trying to kill this vampire."

And then so of course I thought: Well that's exactly it, so maybe it is too hard.

But then after a few seconds Mandy figured out the rest of the puzzle, so that was cool.

I empathize with KK. In the olden days, not only did I use to wait for combat then repetitively hit things in AD&D -- I kept triggering the same death rune in a dungeon because I wanted to read the words the rune was protecting. I desperately wanted to play "better".

My big thing right now is letting the eff go. I'm too high maintenance control freak about my setting (noooooo! There are anthropological reasons for the interplay between the tribesmen, the suburban aristos & the city plutocrats!) & one of my players is suitably "super engaged." I need to work on being the "Yes DM"-- or as it really is with me, the "Huh...how about..." & retcon some elaborate backhistory onto a perfectly fine idea.

Also re: "Better"? Maybe you should tell her to practice an accent. Or write backstory, or design a town or whatever.

Well, at least it was a quality boob.

I don't really have a comment except to say that reading this post started my day off with a smile.

Oh and of course I would be remise in my duties and nature if I didn't say, "Yay! Frankie!"

The considerable Frankie-oriented elements of this post were a big plus toward starting my day off right (with toast and juice to make it complete).

You, sir, have some of the best players. And by "best", I mean "fun-to-play-with-and-willing-to-trust-you-as-DM".

(I base "fun-to-play-with" solely on the stories you tell here. They never fail to make me smile.)

hello,
someone just sent this to me, and can i say i find this the coolest thing? wait, i just did.
seriously though, some of my favorite memories are of moments like this when i was a kid.
thank you.
Neil

This metamorphosis tale is great.
*both thumbs up*

How people routinely enjoy D&D without suitable beverage enjoyment is beyond me. Even that time I DM'd in a con last year I brought a flask. However, I am an alcoholic and my views may be biased.

I, also, would like to echo the sentiment that I love your players and the stories about them.

Boobies are nice too.

On second thought, maybe I won't. It probably won't be anywhere near as popular without actual mammarical variety boobage... :P

I highly doubt that any of us creeps would leave KK on the doorstep at any hour. Especially if she came to play D&D. With beer.

That was great. But what WAS the riddle? And the solution? Surely there was more than just the one card to it.

Did you rock Bauhaus in the background music?