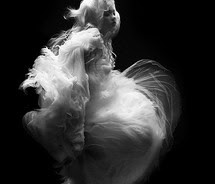 So decadent are these creatures that they fear equally the sun, the sea, dry land, and, indeed any surface not hewn by an intelligent hand.

Most prefer never to leave their half-drowned empire of Nephilidia. Inside its tarnished palaces and rotting halls they sit--forever knee-deep in black and stagnant water, with strange algaes stretched like

cobwebs from the surface to the once-ornate walls and crumbling statuary--endlessly elaborating cruel and languid intrigues, attended by salamander men and eyeless fish. 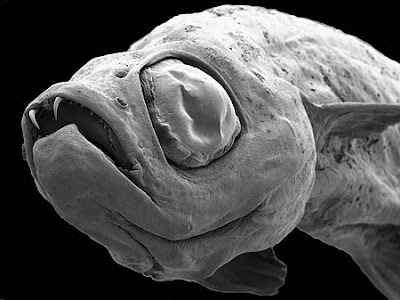 This amphibious species can change into a small, mobile pool of black blood, or take the form of a strange, darting, long-tendrilled aquatic animal resembling a hybrid of a lionfish and a manta ray. If reduced to zero hit points on land, the creature will revert to the former form. Consequently, if sufficiently injured, the Nephilidian vampire often sinks into the soil and becomes hopelessly trapped and intermingled with the earth. If 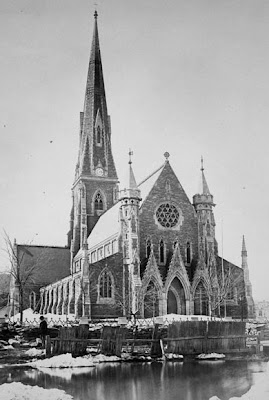 grievously wounded in the water, this bizarre creature will turn into sixteen black stones and sink to the bottom. In either form, a drop of blood from another vampire is sufficient to revive the creature. Due to these vulnerabilites, the Nephilidian vampire prefers to travel via subterranian aquaducts, sewers, or other shallow, watertight, artificial constructions. They despise, but can--with an effort of will--tolerate clean running water.

In their humanoid form, they are distinguishable from ordinary vampires by the gills on their necks and their glassy blue eyes.

You sold me with 'sixteen black stones.' I have been thinking a lot about the strange provisions of fairy tales since your last post on Vamps. Old women with knives in the grave yard is evocative. I think that if you have a group of NPC's who take 'running backwards with a candle and a turtle' seriously, dead seriously, that goes a long way to establishing just how bizarre an area plagued by vampires is. Consequently, the turtle as vampire bane seems even more appropriate here.

Awesome. I love variant vampires.
Care if I try my hand on some stats for a few of my games?

Though not enamoured with Vampires, I love the folklore attached to this creature and the 'sixteen black stones' line was a favorite part for me as well.

Just last night I was reading the 'Medieval Handook' (for Ars Magica 3rd Edition) and it tells that after the death of the head of a household, a young boy was sent into the woods at the edge of the village to find rooks living there. It was customary to let these birds know when someone had died.

SWINBURNE! Like other commenters, the sixteen black stones is the way to go; like the "Rod of Many Parts" but you know, once you collect them & pour blood on them, you get a mervamp.

Indeed. The sixteen black stones add another mystical touch, the feeling that there's got to be a story behind - but it remains untold.
Tres cool.

"You bloodied sixteen stones, whadda you get?
A damp muthersucker, she's a vampire that's wet.
St. Peter don't you call me, 'cause I must stay,
In the deep dank dark with undead manta rays."

So am I to understand this is your way of making the Ixitxachitl less ridiculous? ;)

@Tim
Of course. There wouldn't be much point to me posting it otherwise.