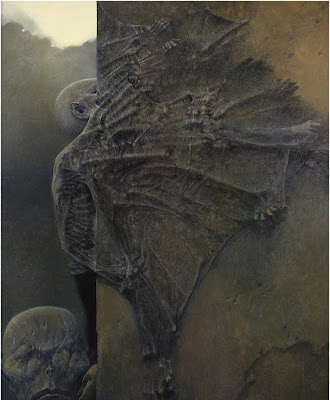 Nyctites are benighted--not fallen but failed souls, collateral damage in divine conflicts. A Nyctite is what happens when you are granted immortality by a god that then dies.

The body and essence of the ex-saint go on as promised--bound to each other, but bound also to empty concepts, they are not undead, but their ability to grow and change is held forever in a trauma of psychoclastic stasis.

Everything they believed is wrong, and they hold to it, molding themselves into a negative image of it--like a fossil formed by the piled shells of parasitizes and dirt. 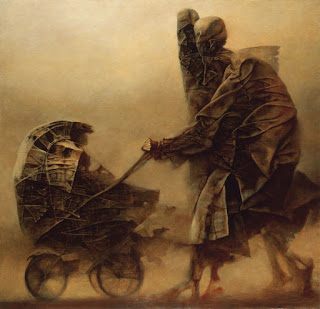 Nyctites form, in aggregate, nuclear shadows of their absent gods formed in the awful convulsion of the Nyctocaustic event. Ever-seeking derelicts of belief, they are curious about everything, but have faith in nothing. Unwilling to cede the personal power derived from conglomerated ideas they now know haven't worked for eons, their restlessness might render them true artists if only they could commit to anything long enough to get something done. As is, their projects are curiously incomplete.

Nyctites take care never to obey the strictures and superstitions and homilies of their former lives, even incidentally--Nyctites of Unamm-Tathra, Lord of Fists never raise their hand as dawn is breaking and never strike a blow, Nyctites of Ferox the Incinerator avoid ecstasies during electrical storms and look askance at reptiles thatmove by night, Nyctites of the Mistress of Sacs never drink from anything larger than their own heads.

Likewise their abilities are dominated by the theme of lacunae--a Nyctite possesses access to divine magic and abilities as a Paladin or Cleric of the level they were when their god fell, however:
-they have access to any spell that their canonizing god would never have granted during its lifetime
-they have access only to those spells
-they may use as many as they want per day
-they may never use the same spell twice 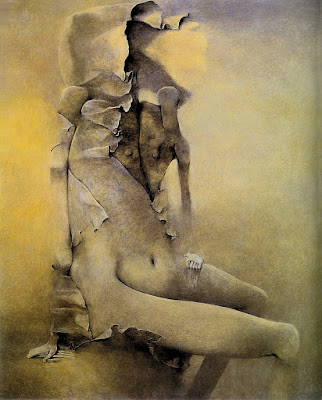 Vulnerabilities: Double damage from domains associated with their former master
Atk: +5 By weapon type (whatever weapon would be blasphemous in their dead religion)
Abilities: Any cleric spell up to 3rd level that would violate their former faith at will, never the same spell twice

This adventure-- Galleries of the Nyctites --features Nyctites of a slain nature god, possibly Rallathil. 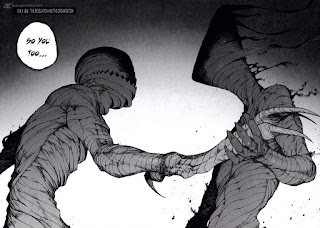 This is really fucking good.

This is delightful, Thanks for sharing it!

What is the preferred pronunciation? I can think of at least three ways to say it based on the spelling, but they could all be wrong.

So simple, so ingenious, so evocative. Great work. The art is also well-chosen.

Will definitely use this.

I was doing that too