Now I know what you're thinking: isn't that just Abulafia?

Kinda, but these generators are different in some cool ways:

First, the interface is really easy--no account to make and you can just cut and paste any existing random table right into it, no reformatting--like so: 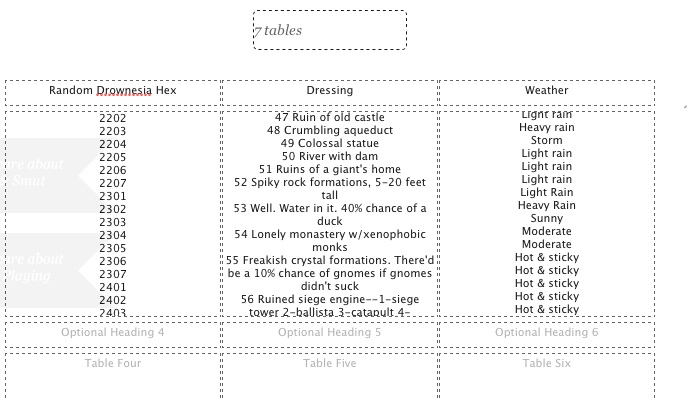 Second, there's a widget where you can drag the finished generator you made to your browser's toolbar--so you can just hit a button and get a pop-up result. It doesn't require any kind of special software or downloads or anything. Here's my demon generator: 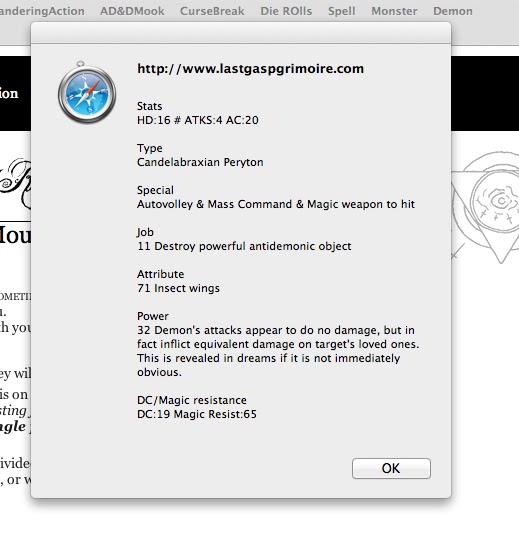 Third--You can put the generator right into your blog like this.

Fourth--and this is subtle but important--it doesn't automatically put your generator in a public archive (though there is one, you can do that, and y'all have permission to automate any of my tables from this blog and put it on there). This, combined with how fast it is to access on your toolbar, means you can make tons of little, specialized tables for things that only matter for your game, setting and mechanics without cluttering up the archive for everybody else. I made 22 of them. Like that example in the picture up at the top refers to hex numbers and features that only come up in my Drownesia setting and the demon generator has sloppy formatting, copyrighted material* and terms on it that don't mean anything to anybody but me--but who cares? I'm the only one who has to use it.

(*Yeah: This means you can take a table right out of a published book and make a generator out of it for your private use and there you go, don't save it to the public archive and you're not breaking the law.)

Say you're making a new dungeon, it's got 8 random encounters on it. Normally it'd be pointless to automate that since it's just one die roll and would take longer to retrieve the generator off the computer than roll the damn die. Not any more, now you can roll that d8 with one click and get the encounter plus a buncha other things that might come in handy wherever you are locally.

It also works on your phone, I hear. Haven't tried that. And it's all free because the DIY D&D community is motherfucking beautiful.

I've run two games since this thing was made and used it several times--it's fantastic. Abulafia is still the go-to if you want tables that draw on other tables or have if-thens in them and with Last Gasp you have to weight the tables by hand (if you want bees to come up more than monkeys you have to write bees more times than you write monkeys) and editing things once you've closed the window is still clunky, but, still--overall--pretty sweet.

a) You can make a generator that spits out between 1 and 7 results. Always make one that spits out 7. I mean, you may think you only want 1 Passing Frigate or Pig-Faced Ork Hat-Type Result? but why not take 7--take the first result if you want it, take the second if it's not. Take 7 if you got 7 hats.

b) Although it only spits out 7 results, you can actually cheat and make it spit out way more like this:

See how in the second picture up there HD, Attacks and AC are all on one line? That's because I put them all in one box on the generator. I made an automatic list of every single combination of those three numbers by going here to the Text Mechanic. 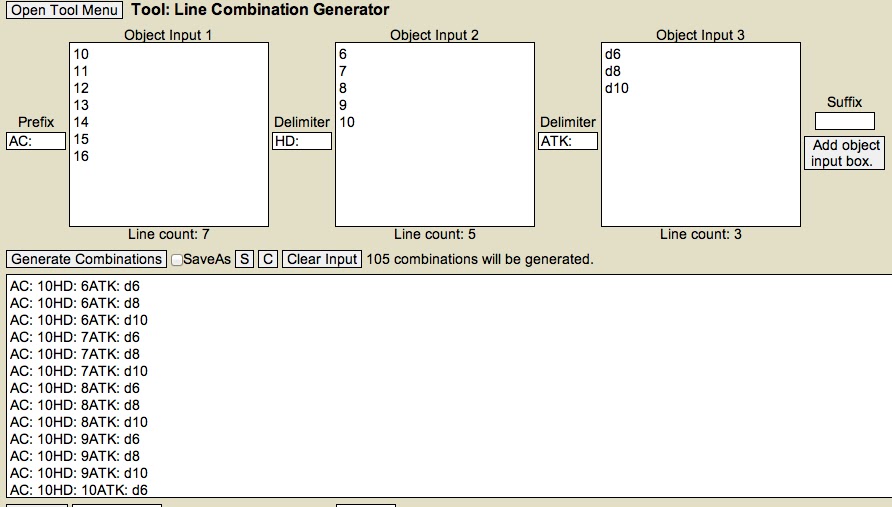 You just fill in the boxes with the values from each table and write labels in between where it says "prefix" and "delimiter", then hit "generate combinations" and you get every possible combo of those values in the bottom box. Then paste that set of numbers into the Last Gasp box.

Anyway: it's awesome and I love it, go make some generators. 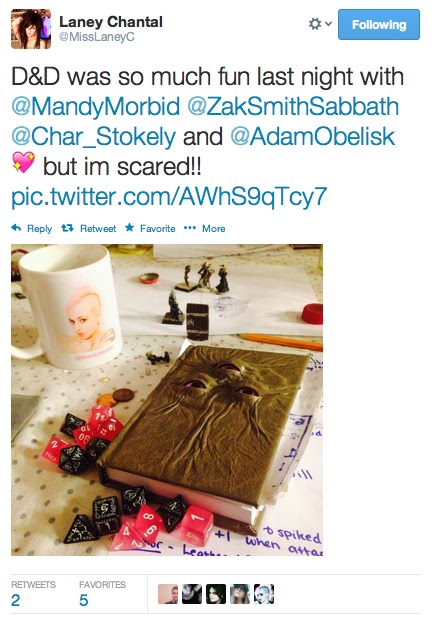 Her mom got it for her from an Etsy store called Abbots Hollow Studios . They make weird sketchbooks and other things with eyeballs in them. They do good work... 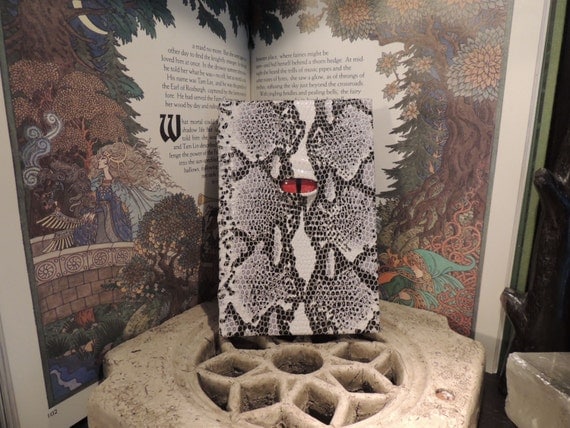 That's so strange. I had just started designing a program that does exactly this like...two days ago? I guess I don't have to now.

You don't have to, but the Last Gasp generator works so well because it combines the efforts of Paolo and Logan (and ideas from others) so if you've got any other programming in you, you should talk to them about things that would expand or improve what's there.

Whew, that was some fun tinkering. Just made a sample random books (with title, page text & magical effect) generator. Works a treat.