So I started running this... 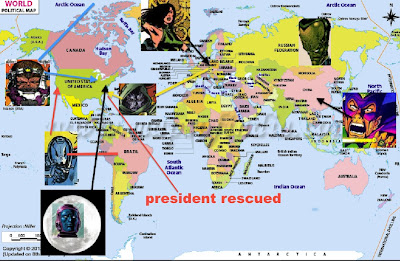 Class 8 allied arch-villains have launched a full-scale assault on the Earth!

Modok has taken Chicago.
Ultron has taken Los Angeles.
Dr Doom has taken Washington, DC.
Kang the Conqueror has taken New York City.
Communications and news networks are failing but reports suggest that, further, outside the US:
Mandarin and the Hand have taken Beijing
The Leader has taken Moscow and
Madame Hydra has taken Berlin.

All metahumans eager to aid in the liberation of Earth should form teams of 3-4 Marvel heroes and submit a plan of attack for coordination below or directly to Director Fury via Google + message.

Be sure to include the day, time (PACIFIC DAYLIGHT, 5pm-6am), location, and 3-4 approved, licensed Marvel personnel recruited for your assault.

Approved teams will be greenlit as soon as possible.

The counterattack begins _Monday_ this week.

The war will not be easy, this may be the beginning of a multipart crossover.
___
____

-In the first session, a crack team of mercenaries hired by the Kingpin consisting of Speed Demon, Jack O'Lantern, Hobgoblin and Electro managed to slip into the city under cover of darkness and rescue President Obama in exchange for a full pardon. 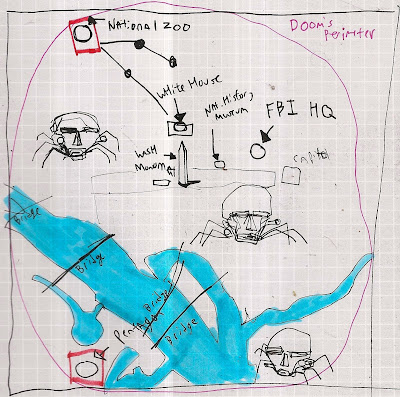 -During this session it was established, by vote, that Nick Fury was the Samuel L Jackson Nick Fury. Which means mission briefings are very loud and start with "Alright motherfuckers..."

-The presence of Speed Demon made urbancrawling occupied Washington DC for the missing president a lot easier (whoever did the Speed Demon write-up over at Classic Marvel loves the fucking Speed Demon), at least until he got knocked unconscious for 8 rounds by the mutant elephant that was trying to kill the president.

-Yes, the other villains made fun of him.
-Yes they considered just holding the president for ransom Hobgoblin: "Fuck Fury. Fuck him in his other eye.""
-Decided the president's endurance was Typical (6) but his agility was Good (10) on account of having been a varsity athelete and apparently still regularly playing and my surfer-girl pal once saying she saw a picture of him body surfing and he was doing it right. Calculating his karma score was so ideologically fraught I decided to skip it.
-Tomorrow, the Spider Man, his Amazing Friends, and the Hulk try to retake Manhattan from Kang, Master of Time!

Wasn't that hard playing the Hulk.
1. I'm almost the size of him in rl.
2. I'm usually decently drunk while playing, So I tend to be kinda stupid.
3. Due to said drunkenness, the greenness comes the next morning.

I'm gonna have to Google Kang to see who the hell we're fighting.

Thanks Jeremy. Just throw me a video virtual reach-around, and we'll call it a like :)

You seem like an open minded gamer. You seem to only use the rules you want to use.

Take a look at these "rules' or "guidelines for Supers role playing.

It's very little to no rules actually.

No character creation other than making them up on the spot.

A FASERIP Alert totally sounds like a thing that would exist in the Marvel Universe.

I need to find a group so I can play Arabian knight or Starboy.

I'll post a team call-out on G+ shortly, but I am so in for this. Thinking of a "themed" team approach. Initial idea is a kind of "Night Watch" with shadowy, sneaky heroes bent on protecting vital international resources (tech in China, nukes in Russia...).

There are some DC characters on the list you posted, are those available or would that just be too weird?

After looking up Speed Demon an various wikis, it looks like whoever wrote up his stats was basing it on some of the most recent stuff.
He got his powers boosted by the Grandmaster via some cosmic macguffin called the Wellspring of Power.
His speed is pretty much his only trick. I think he would tear into groups of normals or even trained soldiers and mercs. But his damage and toughness is nothing that spectacular.
That's what gave me the idea of him trying to talk to Doom about another cosmic power boost, if I'm going to play him again.
He pretty much saved the world from Baron Zemo. Then he got kicked out of the Thunderbolts.
He's tasted cosmic power and thinks he was selected by the Grandmaster for something greater.
He has nothing to use to bargain with Dr. Doom.
But he is overconfident and desperate to get another "fix" of cosmic juice.
I really don't care as a player what would happen to him. I'm looking at it from the point of view of what I might want to read.

depends on my mood when I see the group submission

"-Tomorrow, the Spider Man, his Amazing Friends, and the Hulk try to retake Manhattan from Kang, Master of Time!"

-YESTERDAY, the Spider Man, his Amazing Friends, and the Hulk try to retake Manhattan from Kang, Master of Time!

Look up Quicksilver. He is also ungodly awesome and has a fistful of 'extra' abilities.
I think the guy who statted them just really really likes superspeed.

Thanks! Enjoy not be a bigoted moron any more!

This inspires me a lot to run something simlar. I have never met anyone who dm's in the fashion you so. I am always attempting to develop my skills even after 15+ years and I wanna say thanks for helping with this.

I am so ready to do this today. First time using the program to roleplay. If it's as fun as I imagine i'll be using it myself soon enough.

Could I submit Black Panther to the table....if hes not already being used? otherwise Karnak? Im without a gang of unlikely heroes though so If any other team needs another supe'...

Deadman has no scruples of whom he works with. If you wanna join me and my schedule allows!!

It was more of a case of making assumptions based on hearsay.

And I didn't know it was good form to respond to a heartfelt admission of guilt and compliments with insults, but that is pretty much how I remember people behaving in LA. Cheers!

No seriously. Cheers! I think you're cool.