So I was off doing a visiting artist thing at a college... 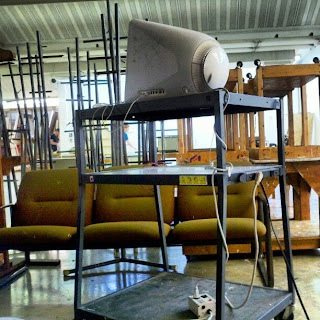 Art history fact:
Nearly every new art form whose birth history has recorded (photography, the novel, movies, comic books, popular recorded music...) went through a period where it was attacked for taking on themes too serious or adult for it. This period usually occurred before the art form was considered an art form and often before it had produced anything good enough that anyone would bother defending it as art.

In other words, the part of a creative activity's life-cycle where it is derided as being juvenile and exploitive and has to fight for its creative freedom would appear to often precede the period where it produces something deserving that hard-won artistic license. And may be necessary to achieve it in the mind of the public.

This situation generally resolves itself into an uneasy truce through a process of commercial genrification, whereby the medium ceases being identified with a single kind of work and a single audience and begins to branch out into kids stuff, teenager stuff, pop stuff, arty stuff, etc etc. Part of this genrification typically includes subconsciously assuming that while the medium is capable of art, only some of the genres (and which genres depend on who you ask, leaving the whole thinking conveniently vague to avoid arguments) are.
The word "arty" in this context corresponds roughly to "leave those weird fuckers alone".

After that, the turf wars only recur when stuff basically designed for one audience somehow manages to get itself (through accident or intentional provocation) in front of a different audience.
In other words, the problem is essentially the one where the guy who likes mushrooms and the guy who doesn't are both trying to order the same pizza, and the solution is the same, too. 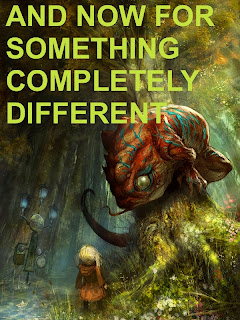 Oh Medina Antique Mall, Medina, Ohio, I love you.
Yes, the cobra-fighting-mongoose taxidermy was too big to fit in my luggage and yes, the British tax-stamped Revolutionary War-era bone d6 set I saw last year for 27$ and wasn't quite sure I wanted was gone too, but all is forgiven because...
Holy Fuck Check Out My Vintage Alligator-Skin Sample Case
Narrow enough to fit under the seat in front of you, rigid enough to sit on during 12-hour layovers in Milwaukee, and, better than both--double tiered. 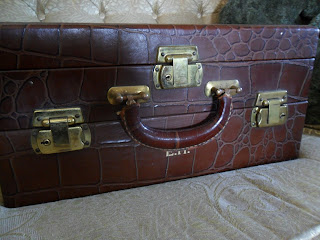 Below is the lower section--exactly the same size as both my laptop and any standard-dimension RPGs, and deep enough to hold 5 D&D core books. 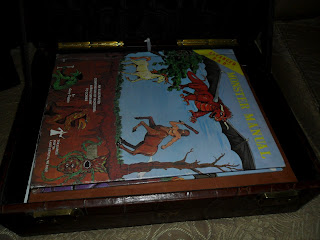 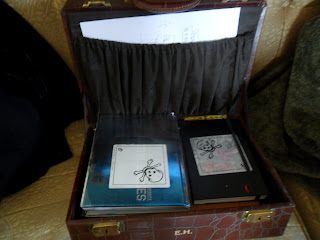 And the top layer? OMG sexy... 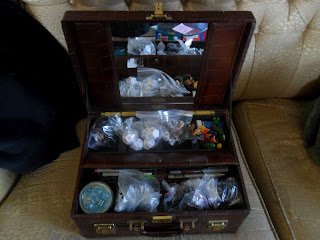 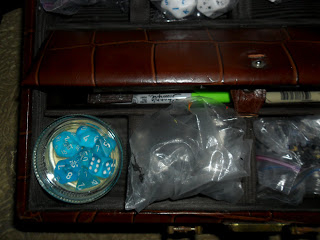 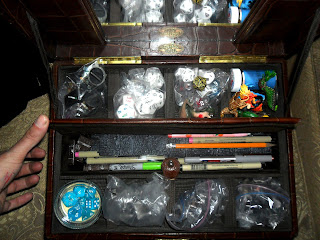 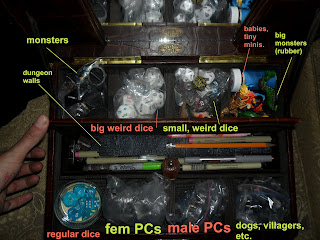 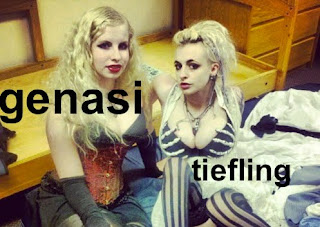 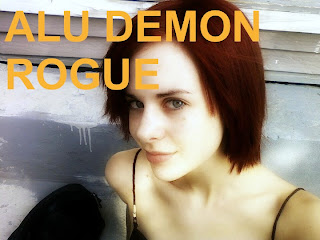 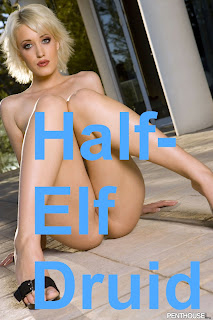 Get those munchkins drawing.

When I think of games and art I can not help but associate it with outsider art. I also think of gaming as art only when game is played it could very well be art but the game book in your self or computer is not no more than excel sheet or phonebook. Ramblings of the designer might be art, illustrations might be art but it does not become art until it is "alive" as game session.

Thought provoking post re: art + girls beautiful as always but most of all that case oh my lord that case.

Love that case. Reminds me of this Fear and Loathing "board game" prototype/art piece: http://www.jrbaldwin.com/fear-and-loathing-board-game/

that case is a sex panther

That case far exceeds the description and I was expecting it to be awesome. Thanks again for coming to dumb Ohio. We are still talking about how amazing you were because we are in Ohio and there is nothing else to talk about. And you pretty much rule.
Thanxxxxxx!

I've got an entry for IABI Day on my blog today:

Thanks for organizing it - can't wait to see what else gets submitted.

About the podcast: did you ever remember the name of the game that everyone wanted to get rid of?

There is no game that "everybody wanted to get rid of"--there was a game that Mandy didn't like.

I still can't remember the term I was looking for that's related to Sartre's writing, anarchy, nihilism etc. Grrr. It was too long ago. Like 12 years at least....Oh well. Maybe it was in Kant or something...

She must be an alu-fiend rogue because she just stole my heart and sent it to burn in the Abyss.

Some day I'm gonna find an approximation of that badass case in the wild. Some day...