(Before I start: Anybody know any good game stores in Montreal besides Valet D'Couer where they might have old games?)(Anyway...)

____
What's down that tunnel? Yeah, of course, it would be way cool for it to be some whole new crazy thing down there, but this is a game. Things should make enough sense that the players can legibly plan a course of action or it's not a game, it's just a bunch of stuff I say hits you. So: you go back the way you came, you're going through the demolished homes of monsters you just killed.

Where did Mandy get a flash bomb? It was a 2-part concoction: she found the first part looting a spider-elf with Sasha and the second part later in goblin palace. You tape something for 8 hours and cut it down to an hour of episodes and you leave a lot of stuff out.
Click here to see it full on.

I think I was perhaps less-than-patient with Frankie about backstab damage. But, to be fair: 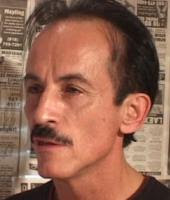 That's Dirty Harry, if you're wondering.

Are you using the standard sheets? Fresh character sheets are the best imo, I redo/redraw mine all the time in InDesign and print a new one every week more or less. I almost newer throw the used sheets away resulting in I have enough old character sheets to fill a few ledgers. I try to keep my notes in my notebook for this reason.

in the beginning i used the color coded sheets, but we do it all by hand now.

Wow, the second it starts there it looks like the miniatures are doing a circle jerk on that tenticle thing. Very Japanese!

I'd be interesting in knowing about game stores in Montreal myself. We're heading there for vacation in a few weeks and I'd love to find someone who sells older titles.

You know, I think every group has their "Dirty Harry".

Honest to gawd I'm really starting to like this show. I love that the peeps involved are getting into it too. To many times trying to introduce someone to rpg's can go horribly horribly wrong... but you folks have a solid group here that's actually able to stay on track.

Well more than my last group could anyway...

That was my favorite part, Zak, you wrangling Frankie despite her rules lawyering! Hahaha "I have been doing this a long time.."