Amazons of the Devoured Land 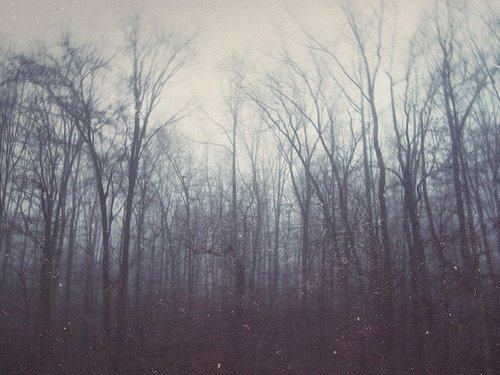 The Devoured Land is distant, unfathomed. They say the cleft peaks are the uneaten half left torn when the first Cannibal God bit the world.  Things there are as things were in the day before all days, when all that is now knew a common tongue and a young, smoother moon hung pearl-like in a black bed of stars yet unborn.

The ice is clearer, the wind sharper, every sound echoes, and all time unravels with a clear and open order. The ancient tolerance with which each contemporary thing regards and gnaws at the thing adjacent in our sensical and passive-aggressive world is here undone, and all struggle is known. The shadow falls across the rock, and the rock despises that. The oldest witch is here, the proudest stag, the most vicious wolf, the fattest hog and most lustful goat, the most avid crow, the most resentful of rats, and worms so lazy they have been here since "here" began.

There are trees that grew in first rain, and horses that have never seen a rider, stones cut by the hand of the first women and recut by thousands after, parasites grown from the guts of the first men, there are fortresses buried since the first battle. It's said time started and will end in this place. 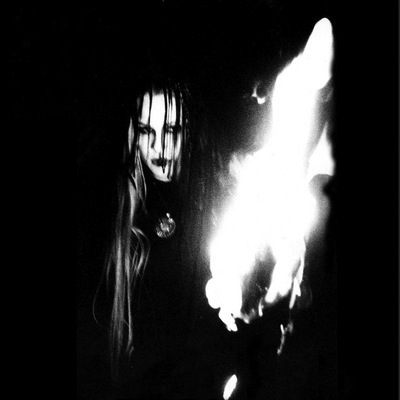 Who says this? The Amazons. But then: they will say anything. To you, anyway. I know because you can read this and I wrote it and I wrote it in a language of cities and so if you can read it you are not one of them. So they will lie to you. Or tell you the truth. Whichever is more likely to frighten you away. If their knives, their war animals, their bacchanals, their cultured exotoxins, their enmity, cuisine, enigmatic gods, complex obstetrics, and internecine warfare have not frightened you first.

These are the daughters of the she-goat and they have chosen another path. 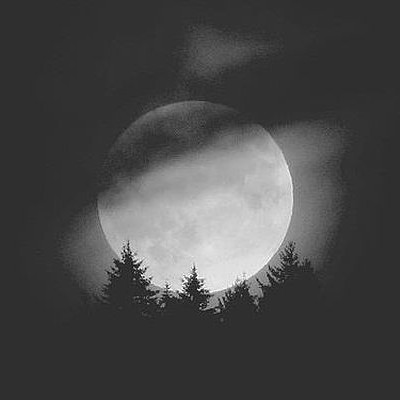 The Amazons of the Frostbitten Moon are the major human presence in the area surrounding Mount Hellebor. They are known by the patterns of yellow pigment that stain their skins, made from the venom of a strain of cross adder--to which constant contact and/or low necromancy provides them a contact immunity. They wear jewelry cast from the frozen tears of their foes.

Their current concern is the infiltration of their territory by the Maggot Sisterhood and the Ulvenbrigad.

Jexthoth is the currently elected warmistress of the Frostbitten Moons, her nails are long and poisonous. Guarded by elk-hunting dogs named Taunter and Taker, she also sleeps on a bed of black snakes which she claims are trained. They aren't really but since she's immune to their venom and you aren't, it kind of doesn't matter. Their leader is named Sermon and, aside from occasionally being thrown at people during raids, he leads a pampered life, with which he should not-, and cannot-, complain.

The Cold Banner is a secret society within the Frostbitten Moon tribe that carries out targeted assassinations. Each member wears a mask of painted bone. Their esoteric ceremonies are more disturbing than any ritual conceived in the civilized world. 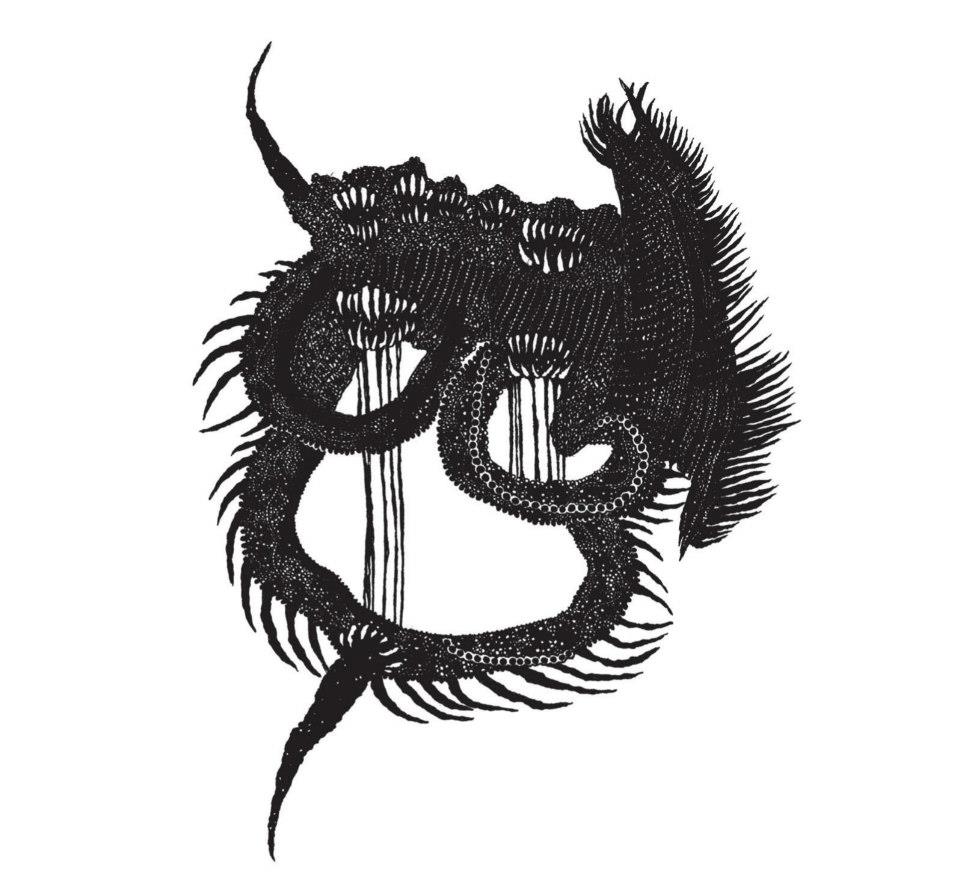 The Maggot Sisters are burners of churches, slovenly and bold, and notable for both the trained warpigs that serve them and the intricate record of slain foes tattooed on their bodies. By decree of their mad queen, Rindr, they strike first at clerics, nuns, and members of holy orders, ignoring everything to bring them down. Her other eccentric edicts include a policy of stealing or burning wizard spell books and beheading enemies as soon as they fall, mid-battle, rather than leaving the unconscious to attend to nearby allies. If a Maggot Sister kills you, she makes sure she kills you.

The mad queen is known for her appetites, as well as her obsession with hidden knowledge. She has led her tribe into the territory of the Frostbitten Moons in search of the entrance to the fabled Dim Fortress, from which she hopes to liberate the ancient wyrm, Nidhoggr, for reasons unknown. 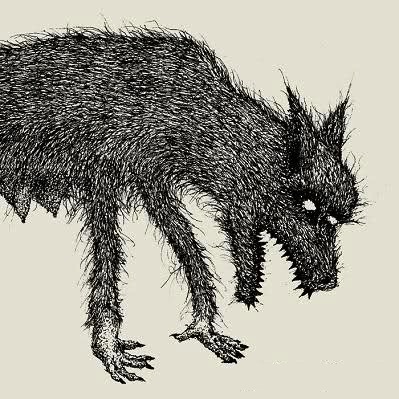 Compared to the poisonous Frostbitten Moons and the cleric-mobbing, decapitating Maggot Sisters, military historians and ethnographers might be tempted to consider the Ulvenbrigad the least dangerous of the major factions of Amazon in the Devoured Land if only it weren't for the trained wolves. And the necromancy. Any party of Ulvenbrigad will include at least one spellcaster and at least one wolf. In deference to Belphegor, Master of Beasts, and in exchange for concord with his creatures, the first attempted attack of any Ulvenbrigad sister will always be a bite. They are ruled by Kylesamara and Marakylesa, the lychewives, in consultation with the sacred bastard known as Choard.

They are currently pushing north into the territory of the Frostbitten Moons, hoping to take advantage of the chaos caused by whatever the Maggot Sisterhood has planned.

When a powerful witch wishes to extend her life beyond its natural span, she calls for two things: an immaculate, unwilling cleric and a bone saw. Witch and virgin are divided down the middle and the halves are fused to their mismatched twins with baleful arts and catgut. This produces two lychewives--one lyche-sinister one lyche-dexter.

Kylesa was the witch, and Mara the virgin. The Mara halves typically do nothing or scream and beg for  death--being totally physically subservient to their Kylesa halves, who have led the Ulvenbrigad for 400 years.

The sacred bastard is a wallowing malformed quarter-dead thing fathered on Kylesamara by a drunken king some 80 years ago. Its thrashings and inchoate utterances are interpreted as portents by the lychewives. Maybe they are?

By far the least organized and most opportunistic of the Amazon clans in the Devoured Land, The Thirteen number only twenty five. More a gang than a clan, they used to number thirteen--but when Malicia Orgen found a way to synthesize a powerful hallucinogenic powder from the scatter-rag lichen, she was made leader--and membership nearly doubled.

They are currently spying on the Maggot Sisterhood, whose presence near Mount Hellebor is both provocative and mysterious.

It is rumored that Orgen has eight eyes scattered across her body. It is certain she has one on her left palm, and an extensively informed curiosity about psychoactive plant life and the uses to which it can be put.
-
-
-

This might be the most Metal thing I've read in a decade.

Nicely done - the amazons make me think of Slaine, Horned King specifically, not really sure why, cunning and complex barbarism I suspect and Medb. That or the writing brings to mind Bisley's art.

All these clans are all in a 48 x 48 mile hex grid so i figure they basically speak the same language.

That is really cool.

It's true what they say about the beasts of the Devoured Land?
Int's true that Displacers can drink your voice, and talk to the friends of their prey to drive them crazy?
It's true that the Hellebor Griffin can only feed in poisoned human flesh, and sometimes an unlucky traveller have to get his arm chopped away by those beasts to avoid death by poison?
int's true that the Northern Chimaera hasen't any lionin or serpentine feature, but is a monstrous hybrid of wolf, goat and hog?

Wow. Will probably steal quite a few ideas from this, if not all.
How are males viewed upon in the various factions?