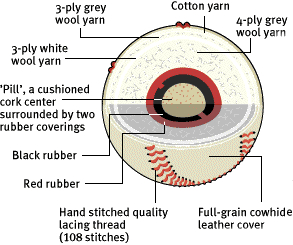 I am torn here:  I hate industry stuff but I love fact-checking.
Here are some predictions Matt Finch made about 2011 before 2011 happened.

How right was he? I'm asking. He was mostly right, right? Lemme know if I'm missing anything.

And Matt, if you're reading this: where are my keys?

1) I also think that James Raggi will continue to gain traction, partly due to a big brouhaha about the art and content of his material. I don't think he will have cash flow problems. I do think that he will have more copies of his game than he can sell during the year, and that he will respond to this with discounts or packaged bundles of game + modules.

2) Frog God Games will continue to publish a steady stream of materials for Swords & Wizardry / AD&D / OD&D. Some people will hate this, some people will be happy about it.
3) Old school gaming will gain traction in the mainstream community via the larger clones gaining more name recognition. This will lead to a gateway effect that brings younger gamers in, and return gamers in. This will result in message boards becoming more elitist about their new and old members. A new message board might even spring up as a result, but I doubt this.
4) OSRIC will get more aggressively published, which will lead to more edition-warring among the clones. Publishers will try to stop that trend, and will succeed to a large degree, but it will remain a low-level feature of the landscape from then onward. AD&D will get new players through OSRIC in the same way that other clones have a "gateway" effect.
5) There will be a lot of controversy about Joe Goodman's "old school" game as publication approaches. It will be generally hated in the old school message boards, but will get some traction in the mainstream. It might or might not succeed - that will depend on its quality and whether Goodman supports it in 2012.
6) WotC will not bother with the clones; their problem is Paizo and Pathfinder, and the clones are minuscule compared to the threat of Pathfinder. Last year, WotC could have used the clones to explain their weakness to HASBRO (incorrectly, but still a good straw-grasp). Now, with Paizo building so fast, it's simply too clear that WotC's weakness lies elsewhere than the clones.
7) The value of the D&D trademark falls, as Pathfinder rises. WotC will seek to use it for collateral purposes - movies, novels, card games, whatever they can do to change it into a generic franchise rather than a purely gaming franchise.
8) 4e recovers a bit of ground after the disastrous launch, but continues to lose ground to Pathfinder - more slowly, but still a frightening trend for WotC brand management."

I just met Matt recently, and his cranium had yet to reach Braniac (or even Leader) levels of enlargement. However, he was utterly charming, honest and smart. Such men often seem exercise prognostication, even when they are simply calling it as they see it. I would have to say that some of his predictions are a bit of a hedge, i.e. the DCC RPG, which seems to have a good amount of both success and crtical approval - but this is not a mark against his foresight, but rather an example of his prudence.

So...does that mean he *doesn't* know where my keys are?

Your keys are in the last place you'll look.

Don't see 3 and 4 happening. There's almost no edition-warring among the clones (games that go beyond clones are a different matter), divisions on boards are ideological rather than generational, and there's a complete lack of statistics to judge who plays AD&D vs. OSRIC.

4 - Black Blade/Usherwood published their edition of OSRIC in 2011, followed by a second printing in 2012. Usherwood put out their A5 OSRIC in, I think 2011.

As for edition warring among the clones, it's more like some 1e proponents, bashing people who are some combination of the following:

a. aren't accepted in their particular crowd

b. aren't publishing OSRIC material, but supporting some other clone.

It does seem, from my vantage, that the rising tide of Pathfinder is by far the biggest challenge to Wizards of the Coast. They are both "DnD" in my head, which is a huge coup against WotC's brand management. "DnD" is going the way of "kleenex" & "band-aid," I think.

Also, I'm pretty "new school" what with my World of Darkness rules weird fantasy campaign, but I'm in the middle of playing in an AD&D campaign, so I think "old school" is drawing in unlikely players.

I don't really understand how the DnD clones can have edition wars. Are people flaming each other over which is better, Deluxe Lotfp or Lotfp: Grindhouse?
If "edition war" means some people prefer Labyrinth Lord over Lotfp, then the term is applied too loosely for me. And even then, I don't see anyone getting their panties twisted over which OSR game is best.

Sorry, I didn't see the thread until now. You found the keys, though. :)

"This will result in message boards becoming more elitist about their new and old members."

The only prediction of those that looks wrong is the one about DCC, which seems to be mostly well-regarded in the part of the old school online community I see.

It's funny - I was excited about DCC until I saw "the funnel."

Anyway, in re: 4E v Pathfinder, I've noticed (a) that certain 4E/D&DNEXT designers of my acquaintance talk to each OTHER a lot about "what gamers want" but are curiously unwilling to look to Pathfinder for lessons on this (which is weird, considering how popular it's been) and (b) certain Paizo designers I know, by contrast, spend ENORMOUS amounts of time talking to actual players who are not involved in the design side of things to find out what they are interested in seeing. To expand on (a), I know at least one guy in 4E/Next design who doesn't really game as such anymore - his games are essentially design labs, these days, and he rarely if ever plays. This doesn't strike me as a good way to get a sense of what the community is up to.

The "responsive to the audience" question interests me not at all.

This forces me to admit that when I worry about being "responsive to the audience," I'm thinking of "gamers like me" when I think of "audience," which is to say old school gamers who are interested in serious roleplaying. 4E arguably came out the way it did because they WERE "responsive to the audience," except that "the audience" in that locution was the mass audience of casual gamers who wanted something not-so-very-far from a boardgame and that felt kinda like WoW.

Not to risk treading even harder on your good humor and modesty here but I think saying "interested in serious roleplaying" is usually a minefield.

No, that's a good point. I don't want to sound like I'm crapping on other peoples' idea of fun. I do, however, think it's undeniable that there's a spectrum where you find, on one side, groups that treat characters like vehicles for lengthy, complex psychodramas and, on the other, groups that are happy when you remember what gender you picked for your character. Neither is better, but it seems that more groups tend to fall on the latter end of that spectrum than not. That's not saying they're "wrong," but note that WotC made a big deal out of the fact that they designed 4E with the help of extensive (and expensive) surveys to find out what "actual gamers" were "really like." What they came up with was a game that has so much out-of-the-box playability that it can be made into a boardgame with minimal alterations... but, wait, IT CAN BE MADE INTO A BOARD GAME! WITH MINIMAL ALTERATIONS! :)

The take-home point from my original post, however badly buried it may be, was that the game designers I know, some of whom are 4E/Next folks and some of whom are Paizo wonks, fall into two categories, generally speaking. Some are active gamers who play and run regularly and who seem to tilt heavily toward character-driven, story-intensive games. The others hardly ever play and only run games that are so light on narrative that it literally does not matter who shows up any given week, with each session devoted to some mechanically-interesting but narratively-interchangable set-piece, and little else happens in any given session except the negotiation of that set-piece. The former types are almost exclusively Paizo/Pathfinder people, and the latter are almost exclusively 4E/Next folks. I'm sure they're all great people, but that's just intriguing to me.

Well I don't really know that many people who play either type of game or either of those systems.

Though if there *is* a tendency among players of older editions to play more games that get further away from the mechanics it may be more of an effect of the fact that those players are older and/or have had more experience than anything else.

But I am willing to wait for the surveys before making any generalizations.