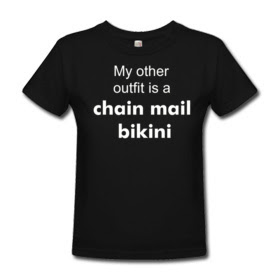 So I'm done with the endless discussion with Greg about sexy pictures and the damage they may or may not do. There are so many Q's & A's that if you want to read all of it you have to click the little "newest" button beneath question 205.

Below is the chain of Q&A I found most revealing, in terms of where Greg is at. Greg, if you feel this edit misrepresents your position, do let me know.

I have turned off the comments. If you want to rant at Greg or me, do it somewhere else. The point of this exercise was to figure out if we have any common ground here, and, if not, what the different basic assumptions about human beings we have that make our positions incompatible are. The point is not to hurl abuse at someone for thinking something different than you (though I am sure the temptation is almost overwhelming at all times on both sides, since the stakes are, to me anyway, very very high), since that doesn't really change anything.

Also, I told Greg I'd answer any questions he asked, and he didn't ask any.

Z: 173. So you're saying gay men might identify with pinup images because "they like sex" but women do it because of the dominant culture? If not, explain.

G: 173. Because the real question was, why would a woman be attracted to an image if it debases her. My point was that it is because she drinks the kool-aid. With a man, the image doesn't give him the message that he is only a sexual object because it is drowned by the images around it. There is no kool-aid to drink. No man looks at our culture and says "wow, we really only value men for their sexual physique". Unless he is retarded.

Z: 182. If the image "debases" a woman, does the gay pinup "debase" the man? If it only "debases" the woman because the pinup image is part of a larger sexist context, then does that mean the man has access to honest sexual feelings that the woman doesn't?

G: 182. No. Yes. Men have a much stronger connection to their true sexuality than women because our culture encourages women to suppress their own desires in supplication to men.

Z: 188. Re: 182 What would be true evidence that a woman (one who, like many men, identified with women in pinup art) had a "connection to her true sexuality"?

G: 188. Don't know. Many women appear confident and relaxed when they are secretly riddled with guilt, self-doubt, etc. You would need to do serious discussions with the individual woman to ascertain this. Appearances are deceiving.

Z: 198. Do you grant that maybe people who aren't you maybe have -had- such discussions and come to the conclusion that the woman in question wants what she wants because, culture or no, she wants it?

G: 198. Yes. Maybe opens the door for any outcome though.

Z: 212: re: 206 You do not think many women do have a "true connection" to their own sexuality based on what evidence? Please don't cite a source and say "read it", or another generalization. Describe, in detail, the observations that make you think this.

G: 212. Because they are in a culture that places strong pressure on their sexuality. When you remove those barriers, even partially like in certain northern European cultures (netherlands/scandinavia), you see much healthier female psychology.

Z: 213. Reanswer 212. What are the characteristics of this "much healthier female sexuality"? What are the relevant differences that allow you to make this determination?

Z: 215. So if an individual woman displays: healthy body image, high self-esteem, self-confidence and equality in personal relationships then it is possible or even likely that she has a "true connection" to her sexuality despite the fact that she does or doesn't identify with girls in pinups?

G: 215. Yes. Most likely she has disassociated with the culture.

(I am giving you an opportunity to avoid people reading this thinking that you subscribe to the following tautology:   Deviant sexual behavior in women is evidence of a distorted sexuality if and only if the woman has low self-esteem, body issues, disproportionately low self-confidence, etc..  However: that deviant sexual behavior itself is proof positive that a woman must have low self-esteem or disproportionately low self-confidence, body issues, etc.)

G: 216. I do not have the psychological training to state definitively on any of those behaviors. However, based on what I know from interacting with most people I know, if sex is dominating your thoughts from dawn to dusk, that is probably a psychological problem unless you are a male at the peak of sexual maturity. That just isn't normal. If you have a normal sex drive, but it is just deviant (you like S&M or something), that doesn't strike me as a psychological problem. I don't think someone who is polyamorous necessarily has low self-worth (they could, I don't know) but is more likely just different. The intersection of deviance and body-image is just not an area that we have a lot of data on. Deviance is by it's own nature, quite rare and often secretive.

I disagree with a lot of what Greg says here (or what it implies), but he knows that. My position is summed up in the two comments after answer 217 here.

I suspect we have no common ground, and my strategy for destroying evil is largely incompatible with Greg's. Oh well. Let us now move on to something else.