-You'll notice Satine's new PC appears to be a bard in this episode. You may also have noticed that bards are strictly prohibited by my house-rules. I myself have noticed: 1) Satine doesn't always read things very carefully, 2) Satine, being kind of a hippie, has a peculiar knack for getting excited about ideas in the rules and setting that I myself find totally boring, and 3) It all worked out anyway so I don't really care very much.

-Realtime it's months later and Connie/Jinx still has terrible luck and she still blames it all on not having that leopard skin coat. Let it never be said I don't know my players. (Scroll down to "L".)

-One thing I like about this episode is it shows everybody's doing their thing: Connie's being fucking balls-out, Mandy's being on-point, Satine's being completely 3.5--faithfully roleplaying her lovingly-crafted and optimized character, Justine's being intense and Frankie's being...Frankie.

And Kimberly's rolling high. Unfortunately, catching a fish is a roll-under mechanic in my game.

-If I were a more boring person, I'd probably chastise myself for constantly telling jokes in the middle of her trying to role play. However, it's important to note that I am not. 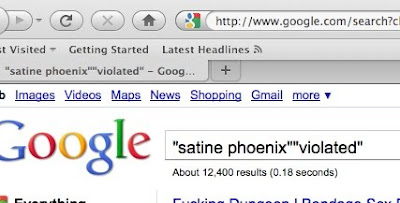 -Connie's more of a method actress, but is suspiciously good at role-playing "drunk halfling". However, for players who need a little nudging I feel a need to develop a d100 "What You're Like When You're Drunk" table. Seriously. Also useful for confusion, hallucination, or stunning effects. Next time I'm stuck in an airport with wi-fi expect to read about it.

I think my favourite bit is the Cyclops/Wolverine comment, but it's got stiff competition from Connie's drunkenness, KK's nonchalant attitude towards her teammates getting eaten by the local fauna, and Satine's almost stream-of-consciousness new character background.

paradoxically, I'm in the middle of writing a post on how I agree with your bard ban

so did you work out a new mechanic for bards, or did you just stick with the 3rd ed?

However, for players who need a little nudging I feel a need to develop a d100 "What You're Like When You're Drunk" table. Seriously. Also useful for confusion, hallucination, or stunning effects.

If you make that, I will use it. I actually asked my DM to cast charm person and dominate on me as an opportunity to roleplay the "Evil Willow" side of my character. Confusion could be another one like that.

The Cyclops! Wolverine! comment was an interesting DM decision. I might have thought "Hey, that's inter-character roleplay" and paused the game for it (as you did for Connie talking about why Jinx was feeling down), or I might have interrupted it purposely like a TV show cut, or (I think this is what you did?) decided "that's not really in-character, and it might get out of hand!" and quickly put the focus back on the game.

You really know your players. Satine is totally my kind of player, but I'd really have trouble figuring out everyone else and how to please them.

I "laughed out loud" a couple of times during this episode. I think I range from a Satine to a Frankie depending on play.

"Connie's being fucking balls-out, Mandy's being on-point, Satine's being completely 3.5--faithfully roleplaying her lovingly-crafted and optimized character, Justine's being intense and Frankie's being...Frankie."