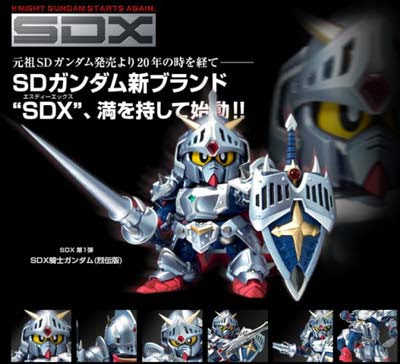 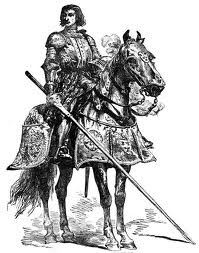 Some players (Satine, I'm looking at you) do like to mechanically customize their characters.

Some other players (and most DMs) do not like to keep track of all the fiddly bits that begin to accrete around a PC when s/he begins to mechanically customize his/her character. Plus it can make the game more about hunting around products looking for customization options than hunting around dungeons looking for adventure.

So, what about this: Different places in the campaign world have different levelling-up options.

That is, different cities, dungeons, lonely mountain-top-temples, etc. have specific people there able to teach certain skills rather than whatever the standard levelling-up scheme is in whatever system you're using.

The PCs have to know this in advance in order for it to work--i.e. the DM has to let everybody know what fiddly bits are likely to be learnable in which part of the world and there have to be enough different options that it's genuinely a choice rather than merely a bunch of obstacles in front of the PC before s/he can get her new chunk of badassness.

(You could do this as "learn a specific skill" or "learn the whole package for that level" depending on your system.)

This kind of thing is informally present in lots of games and in many parts of D&D (finding spells is an obvious example). AD&D is notorious for having levelling-up requirements involving finding certain people (that everybody ignored) like how druids have to find and kick the ass of some specific other druid in order to level up at all--I would avoid that. The idea isn't that you can't level up unless you go someplace or do something, merely that if you want a variant option then you'd have to visit some new and different land and have an adventure to get there.

The idea here would be to formalize and standardize it enough that it was a basic feature of every place in the campaign world. Each place would have some special talent attached to it and whatever kind of skills were available there would say something about the kind of place it was and provide adventure hooks. Why is it that only the mages of Arglobgoon know how to teach 5th-level biomagic? Why is it that only the monks of Orgorf know the art of the Four-Finger-Demon-Dispatch?

It also lets the DM slowly slip in customization options to a relatively simple system slowly over time--as the world gets explored and as s/he figures out how the new fiddly bit works--rather than having to make decisions early on about what's in and what's out and then risk being unfair by moving the goal posts later.

This makes it so that rather than having a pre-requisite number of levels or ability scores in order to get a fancy class (a la traditional prestige classes), you have to have some sort of pre-requisite adventures.

Or: it makes the later-level character-build options work more like magic items. Which is pretty much what they are anyway.

You have some good ideas. I'm going to use this one for sure.

Definitely, I've said likewise in the past and was thinking about it the last few days, too.

This is how I would want to permit new races/classes... uncover the secret city of Sss'thkk and now members of your party can create lizard-men PCs. Or, have a contact at the High City of Freefalcon and now your party can roll up new PCs starting at 3rd-level (to help a high-level campaign along).

Seems clear the 3E prestige classes were meant the same way, but got drowned in the business case for "hunting around products".

This is awesome (but you know that or you wouldn't post it.)

One thing I would avoid is 3.x's chain of prerequisites. Having pre-reqs are part of what made character building a specialized skill and not a role playing choice. One thing 4e got right is that the paragon paths have practically only class membership (some race and class, some race, etc.) as a pre-req.

Removing the long range planning required would give both players and DM more freedom in placing the locations of these cool setting power-ups. They would be options that the players could encounter or search for on the adventure's time table, not a schedule of "I need to find X before I get to level Y so I can have option Z in time for blah blah blah."

The amount of character imbalance I had to account for DMing a long term game of 3.x was headsplitting.

You see this kind of thing in a lot of console rpgs; you can only buy certain spells, weapons, skills etc, in certain locations in the game world.

The problem in many of these games is that there's often no reason to do this kind of shopping around unless you're a completist, as new story content isn't often added, but that's not an issue with a tabletop rpg.

I've been thinking similar thoughts lately with regard to Apocalypse World and its various hacks. The modular structure of AW makes it especially easy to do this, but you've got some great ideas here!

Another burst of genius. I think I might try tying the insane 1e training costs to this sort of "special" levelling up. Give the players the choice of levelling up BtB and saving their money or going to some remote monastery (spending a weeks and a fortune getting there) and learning something special while levelling up.

Of course, the onus is on the DM to actually populate/design his world. Some of us do that anyone and sigh whenever our players ignore the background we've created.

And if the players want a certain feat/skill, well, you have to find the right mentor. :)

Alright, that's it. I'm gonna have to steal some of the essence of this for my own games at some point. I just can't resist.

This is how I would have preferred the feat system and certain of the various subclasses and prestige classes in latter editions to work. The knowledge of said abilities would come about through roleplaying and interacting in the world the people lived in, and as they traveled they would encounter different options for their characters. This also encourages the exploration theme I like so much in my games. Then it wouldn't just be about the treasure, it would be about how you learned and grew as you traveled.

It's also strong discouragement to those whose immediate action is always "I slay him!" for anyone they dislike even a little bit.

If that was the master of the four ways of feeling freedom's favorite nephew, well, I hope you have other plans for learning that feat/skill/ability.