Here are a pair of entries in the Thought Eater DIY RPG Essay Tournament.

If you're new here, these are not by me--they're by a pair of anonymous DIY RPG writers who were both assigned to write about: Uses and Abuses of Realism for the contest. 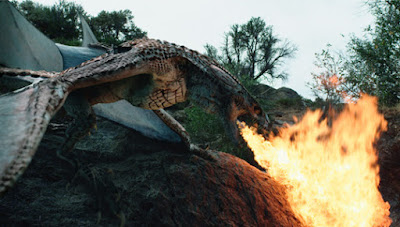 If you like this one better, send an email with the Subject "REALISM1" to zakzsmith AT hawt mayle or vote on Google +. Don't put anything else in the email, I won't read it.


It's difficult to talk about abusing reality without first discussing the nature of reality.  That particular topic is very large and the range of approaches to it are very wide.  I will do my best to cut it up into some smaller and more chewable bites.  It's a bit of a rough draft, so please try to bear with me.  For the sake of getting to a manageable point, lets go ahead and assume that there are two basic types of reality.

#1
There is essential reality.  This is an idea from the Greeks that eventually gave us modern physics.   Essential reality is the ground we stand on.  It is our planet going around a star, due to gravity which pulls various dusts and gasses into a warm ball.   It is the reason that rocks are hard, sunshine is warm, and the sky is blue.

This idea of things having an essential form works very well for describing the physical but it starts to break down when you deal with social reality.    Things like Justice and Happiness aren't concrete enough to pin down with this sort of thinking.

#2
There is a socially constructed reality.  Social constructivism is the most common approach for the modern social sciences to take when trying to suss out the nature of reality.  Humans use language to come to a consensus on things in the world around them.  The sky is blue instead of green, because some humans a while ago agreed on the set of criteria that make Blue blue, instead of Green. ( see example: https://en.wikipedia.org/wiki/Ao_(color)  This approach is much easier to use when tackling topics that aren't concrete.

An example of abusing reality #2:

Sitting down at the game table is (as Ice-T accurately put it) "some of the most crazy, deep, deep, deep, nerd shit ever invented.", because we entertain ourselves by socially constructing a reality that is an alternative to the one we walk around in every day.   People outside of that social conversation have no idea who or what the fuck its participants are talking about.   If you show up to your family reunion and talk to your grandma about how a Glitter Boy's Boom Gun hits for 3D6x10 she will look at you (rightly so) like you're speaking a different language.

Within this abused reality, the participants in the social construction still have a very basic need to intellectualize and understand what exactly is going on.  If you tried to play a game where people pretended to be energy based life forms floating in the upper atmosphere of a gas giant, it would not go smoothly.  There has to be a baseline of realism for comprehension of the social reality within the game to be built up from.   You stand on the ground in the game, just like in real life.

This leads to the codification of storytelling, through a reality emulator.

An example of abusing reality #1:

Video games are a great example of a reality emulator.   To illustrate this point, I'll use the popular indy game Goat Simulator.  https://en.wikipedia.org/wiki/Goat_Simulator
Go google up some short YouTube videos if you're unfamilliar.

So, in Goat Emulator the fun comes from the tweaking and abuse of essential reality.   The set dressing for the game is drably real.  There are gas stations with cars, suburban homes full of average citizens, streets paved with asphalt,... a goat.   Bland, bland reality.  Just like the stuff you see when you step outside.  The difference is very slight, and completely under the hood.   Physics in the game are just a little bit whacked.  That one change to a single part of essential reality takes a boring thing, and makes it immensely entertaining.

Game systems are also a form of reality emulator.
Just as video games have code working under the surface to generate a recognizable world, paper and dice games have their system.  Gravity causes falling damage.  You can die from drowning.  You can starve to death without enough rations.   The fun comes in the same way as the Goat Emulator.   Tweaking things here and there throws the participants off balance enough to make it fun.

The best example of abusing or tweaking reality inside of the paper and dice reality emulator is Magic.  Magic uses language, the tool of reality#2 to rearrange reality#1.
As such, fantasy magic can act as a sort of social shorthand.  It can create spells that resemble other real things in a faster and simpler form.   A fireball spell in the game has much the same effect as dropping an incendiary grenade in reality, minus the factories armies and materials needed to explain the existence of an incendiary grenade.   A charm spell enthralls a character in much the same way as a charismatic leader gains converts, but without the time investment of multiple gradual brainwashing sessions.

The system you choose can give you a good grounding in simulated reality, either substantial or social and choosing how and where to abuse it will dictate, in part, the shape of the fun.
-
-
-
Second One

If you like this one better, send an email with the Subject "REALISM2" to zakzsmith AT hawt mayle or vote on Google +. Don't put anything else in the email, I won't read it.

There is a reason that combat was originally written as an abstract idea in the beginnings of our great hobby.  Part of our job as grand schemers behind the screens is to paint a picture for our players.  To do this one must on occasion bend and break and sometimes completely alter the rules of the real world.  I must ask you to open your eyes and really see the world around you, for the first time.

Take a coin out of your wallet, and drop it on the floor.  Keep your eyes open, and watch it fall.  How long did it take for the coin to hit the ground once it was released from your hand?  One second perhaps? Possibly two if you’re a bit taller than I.  Now swing an imaginary sword in a few daring manoeuvres, feinting a bit, and parrying.  We have been told in the past that there is a certain amount of time that is elapsed within a round of fighting.  If you watch a sparring matching between two professional fencers a inordinate amount of blows, glances, parries will happen within a very short time frame.  Relaying the above statement has taken me a bit of time to write correctly, however I've attempted to paint a picture for you.  Rather than confirm exactly how many times that you were in fact hit, or how many times you in fact missed within that obviously very short time frame.

Below the balcony is a large hall occupied by your companions and vile monsters.  You decide to grab a rope swing it over around a chandelier at the centre of the room.  With one great throw you manage to hook the rope around, and position yourself to land into the midst of the fight.  Drawing your sword you call out to whatever gods are listening and jump down.  As you descend you hit a few monsters.  You tuck and roll, coming up about eight feet away from the chandelier, with one might heft you pull the chandelier down on to the monsters.  The very idea of the heroic deed is part and parcel of playing out our fantasy, the essence of role playing.  To water down the experience to a series of dice rolls, which take a lot longer than ten seconds seems like a waste of time.  For that matter a waste of dice rolling.  The above scenario was an abstract view of combat.  Granted the whole scenario could have been played out over a series of rounds and checks.  It can and should be played out with one roll, one round.

Riding across an open expanse of a field, you see a lady in a red dress from far off.  Between the lady and yourself are hundreds of well-dressed Cats that look all very similar.  There are two ways to get through this.  We can proceed through the process of explaining every single step you take, everything you see, everything that you fight or evade.  What will also happen is that both of us will become bored with the never changing scenery, the obvious references to certain black cats that appear to look alike.  All in an attempt to make our way to the lovely woman in the red dress.  The other option is to tell a story.  What happened, when? Who? Where? Did She? Did they? Did you?

The fantasy worlds that we inhabit and bring to life are inherently just that, fantasy.  From the sword fight to the hero saving his friends, to you riding across a barren expanse attempting to rescue the fair maiden.  All of these examples are based on a fantasy world, one that isn't always based on the rules of the real world.  Combat should never be an extended set of dice rolls; it should always be an abstract idea, brought about by great role-playing and descriptive enthusiasm.
-
-
-