...not the poem about alegorically eating snatch by Christina Rosetti, the actual grand bazaar in the goblin city, Gaxen Kane. 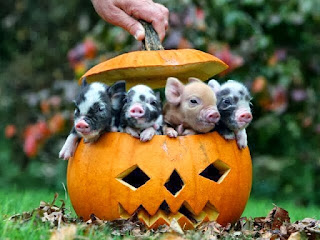 - So basically there's a lot of things in the Goblin Market so if the players are looking for specific items you can just offer a base chance a thing that sounds "Goblin Markety" is there coupled with whatever random tables you have around for weird potions, magic items and oddities you've got.

- In addition to this, random merchants will just shove things in players' faces while they look for whatever they're looking for and try to hard-sell them to the players with goblin sales pitches. It's no fun unless you do this. Here's what they had last night:

Tongues: You cut out your own tongue (irreversible) and stick in one of these. The merchant doesn't know where each is from but they are educated and speak 4d6 languages each.

Grinding beans: Small roasted brown beans that can be ground to make a dark powder. Dripping hot water through it makes a beverage that supplies energy and alertness. From the West.

A human girl, fully functional, w/cage: Age 7, stolen from Vornheim, a merchants daughter. She cries a fuckton and wants to go home.

Oil of Bislee: Makes a pair of warriors into berserkers for a turn, they must remain chained together though.

Fleshflies: They fly off toward the nearest living thing other than the party. One use.

Deed of ownership to a massive home in Gaxen Kane. Respected by local authorities.

Small grig (cricket-legged fairy) paladin in a cage fashioned from an emptied lantern.

Hollowhog: Basically a Pig of Holding. Acts otherwise as an ordinary pig of slightly below-average intelligence.

Crossbow bolt that can anchor in stone or any other substance and cannot be removed. Stolen from some dwarves who made it.

Imperial Foo Creature: From Gaxen Kane. Might be a trained Foo Dog from Oriental Adventures. Might just be a shih-tzu with baubles in its hair. Hard tosay. Your call.

Faerie Curse Removing Nut (someone else made this up) Let a cursed person sleep with the nut in their armpit on a new moon's night and the nut will turn black as it sucks out the curse. If the nut is then eaten by someone before the next dawn, the curse will transfer over to them, if it's not eaten by anyone by that time the curse will return.﻿

-The big theme of the Goblin Market is everything can be had For A Steep And Perhaps Terrrrible Price. If the item itself isn't already a double-edged sword, roll d12 for an appropriate price for any given item:

1. Piece of luck (Next Natural 20 or critical success is taken by the merchant)

2. Ten minutes of your life (Goblin picks which, shows up for a random ten minutes some time in the next adventure while you end up living in some goblin merchant sitcom for 10 minutes)

3. Shadow or part thereof, like say just the arm. This makes Hide In Shadows harder.

5. Your right to wear shoes. Spiritually speaking, that is--this isn't just legally binding, the gods themselves will not allow your PC to wear shoes once the deal is made.

7. A unique item of sufficient value or novelty you might have to trade. Interesting magic items are accepted, but also anything real weird.

8. An hour of your dignity. Last night the PC was placed on stilts terminating in turtle feet, fitted with in an unflattering dress and made to wear a hat of meat. Also a rude phrase was written across his back in the tongue of Gaxen Kane. It wasn't such a big deal until he tried to steal some striped hats.

9. Your help acquiring a pair of striped hats. Probably worn by some civilians in the market over there. Getting caught results in an awful goblin trial using some freakshow legal system that makes Vornheim's look like a model of stately prudence.

I really want to buy that Hollowhog.
Seems so useful, yet so prone to disaster.

Oh, nice! Now I know what to put in that abandoned mine in the south east!

Any chance you will ask on G+ to make a d100 table of items and another one for prices?

Excellent bacon my new retainer, now let me stow my spare armor in my magic pig and we'll be off! ...