Ok, so a thing about the second edition of the game Chill which is also about other games, too: 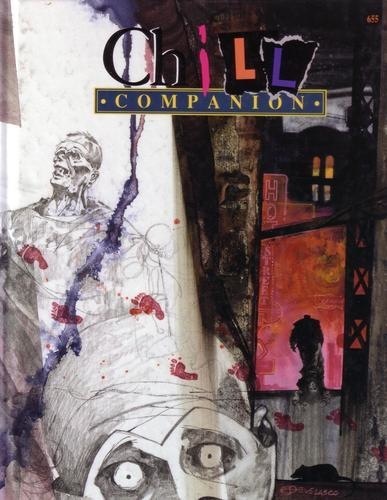 -Start out with addressing what Chill 2e was not:

-Chill 2e was not Chill 1e, that is: not a light-hearted Universal Horror RPG. So it took its monsters seriously.

-Chill 2e was not Call of Cthulhu, that is: it couldn't just say "Monsters are like go read Lovecraft or else make something up".

-Chill 2e was not Vampire or any other World Of Darkness game where the player was the monster and so, therefore, the monster had to be intelligible, fully describable and described to the player, and had to be within an arm's reach of what a person would want their own in-world player to be and act like.

-Likewise it was not Warhammer--where the existence of the Warhammer Fantasy Battle and 40k lines meant the that mythology of the monsters of chaos was fleshed out in such a way you could take the chaos side of chaos in a tabletop battle.

-Chill 2e was not D&D or the Marvel RPG or any other fantasy game or superhero games: that is, it didn't assume a world of magic operating on magical rules which the monster was part of. It was a horror game: magic is evil and operates as disruption. Monsters are not ubiquitous scenery that we can just assume show up now and then, each monster is a distinct mystery. Horror has to take its monsters one at a time.

-Chill 2e was not Dread or even Night's Black Agents, both of which have enough new school in their blood to constantly remind the GM that the monsters and world as presented are not canonical and there would be no point to doing that, these are just options anyway, pick what you like best.

-Add all this up and it suddenly becomes clear that the second edition of Chill had to do something that no other game I have played quite had to do. It had to present it's monsters as:

*Complete and original enough to form the setting of the game.

*Rare and shadowy enough to be a mystery the players must penetrate. 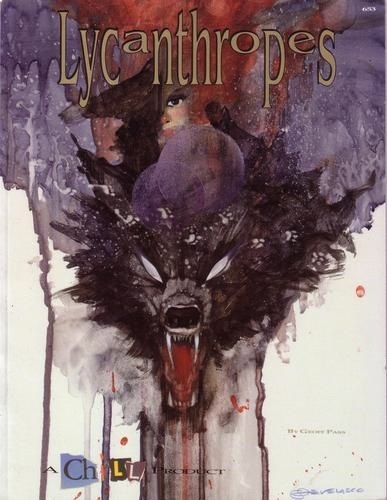 The way Chill 2e uses monsters is the template for how the current wave of RPG bloggers (and the products they make) has most productively used monsters: as secret worldbuilding, hidden from players until they adventure into it. A compelling but wholly GM-facing fiction that only needed to be nuts and bolts enough that players could fight it in the last scene.

The monster is no statblock or character class or random-encounter collage element--it is a piece of a new mythology, known to the GM, that the players slowly penetrate.  D&D only did this once a monster got a module about it--Chill 2e took it for granted: they don't give you a monster unless they can give you a backstory for it, and the backstory (the silver bullets, arctic hideouts and running water) needed to be penetrated to defeat the monster.

Chill was all about committing to the monsters, reworking them into something new and spooky no matter how cranky or cliche they were. Using the mythic resonance and building on it rather than taking it as read that it needed to be replaced. Which I think is a very OSR thing.
-
-
-

I'm a big fan of this kind of worldbuilding, essentially a twisted trope. It's familiar enough that you'll be tempted to take for granted that you know everything you need to, but if you do you'll be blindsided by what's changed. But if you go in with your presumptions as starting points, it gives you hooks to understanding the setting that a completely new setting element wouldn't have.

Knowing that the monster is a "werewolf" gives you hypotheses to test ("what does silver actually do, if anything?", "is there a lunar relationship?", etc.) and the yes or know on them will lead you to the setting the GM is trying to present. Just some kind of completely new beast that was explicitly not a werewolf would require the players to create all their assumptions from scratch, making it harder for them to develop a hook into the setting.

I sometimes still use Chill 2e as a resource when I'm drawing together game ideas. It has, hands down, the best and most accessible monsters: Tupla, Mean Old Neighbour Lady, Gamin and Brain Worms etc. are all gold.
Chill, for me at least helped to challenge the stereotypical B-Movie monster approach other games of that era offered. But then the whole book is rammed with horror stuff to play with. I think that whole product line is sadly overlooked in its importance in influencing later games. It certainly made me a better GM.

I love this kind of monster and love using it as a DM. I would go as far as arguing that something that is fully comprehensible and understood isn't even a real monster, just another creature.

In my home-brew vampire-hunting game (where it's usually a team of player-characters against one or only a few vastly superior vampires) the players always run into questions that are usually never answered: What animates these corpses? What are their limitations? How can they clearly break the laws of physics? Is there anything human left in whatever moves them?

That's cool, and makes a more convincing case for at least beginning with the old saws than has been made to me thus far - and yet, by some quirk of fate, I have never heard of it. Much obliged to you.

I don't think Chill's approach really justifies using old saws by itself. I think a more important reason to use mythic/familiar imagery is the imaginability issue:
http://dndwithpornstars.blogspot.com/2009/10/imaginable-monsters-sci-fi-monsters-etc.html

Fair dos. Nothing else to say. Plain speaking doesn't come naturally to me (it's either neurodivergence or asshattery, take your pick) and your linked post covers everything else I might bring to the conversation. Disengaging.