The Metapsychotic System of the Aboleth

Still redoing my Monster Manual...
I never really liked the old aboleth, they seemed like ham-fisted attempts at Lovecraftiana, but I like the new illustration, especially when I added in a tiny guy for scale.

-Beefed up the physical stats across the board and added a swallow attack to reflect the increased size.

-I never liked the "covers people in slime to enslave them" gimmick--it made it seem too much like the aboleth A) Gave a fuck either way about people B) Had physical tasks they actually needed people for--neither of which seems too Lovecraftian.  You don't want them to be just mean psychic whales. The Manual, however, has a schtick which suggests being unable to breath air is just a disease transmitted as a side effect of being near the aboleth-- which I like very much. I also decided that it drains color out of nearby fish.

-The manual has some good "regional actions" and "lair actions" (things you'd expect to happen around an aboleth)--slime everywhere and delusions--I transferred these from the next page so I could see them all at once plus added a few more.

-I gave the pools in the aboleth's lair the ability to dissolve people into liquid memories--stolen from a Legion of Super Heroes comic and Genesis Pits--stolen from the Invid. 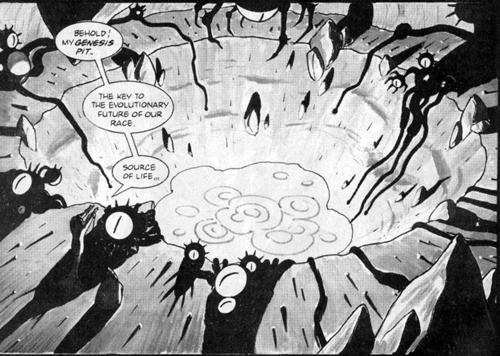 -I added 4 kinds of possible lairs and some allied species--cannibal mermaids and sea elves.

I figure aboleths are some kind of lesser Old One or spawn thereof, not actually the big cahuna but something close. They probably each have names and take slightly different forms.

Interpreted as Lovecraftian, Aboleths (and, no matter how you interpret them, the next creature in the Monster Manual--Angels) introduce the concept of belief systems. 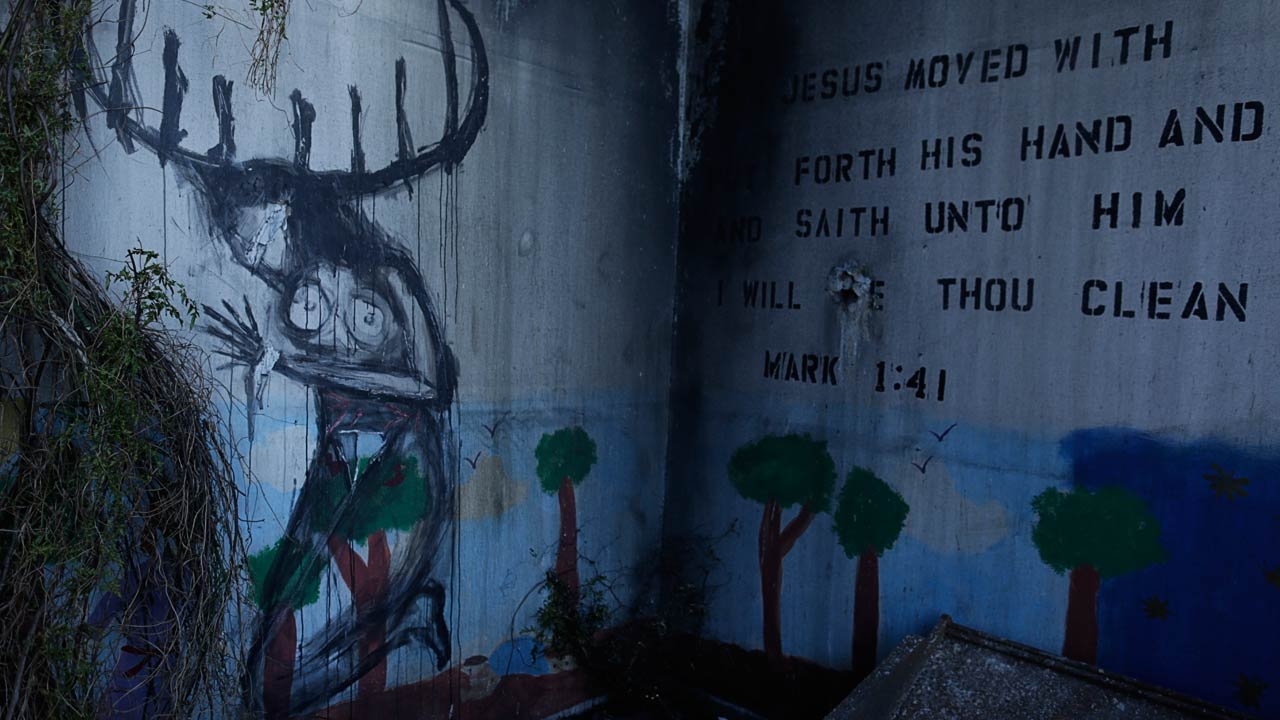 There is a terrifying difference between strings of random phenomena and systems.

Marty: Shit, man, this dude in New Orleans cut up his girl, felt remorse, tried to piece her back together with Krazy Glue.

Rust: That's just drug insanity. Ah, that's not this. This has scope. Now, she articulated a personal vision. Vision is meaning. Meaning is historical. Look, she was just chum in the water, man.


I believe there's a plastic sack of thick and greyish liquid hanging from a steel pole at the foot of the bed. That's a belief.

I believe it's the nutrient gunk the doctors gave Mandy when she came out of the hospital and when she has her feeding tube in, she has to have it or she'll die. That's a belief system.

A belief just sits there. A system makes demands. You put in an input and out comes an output and you have to do it. So a bad system is very bad.

So they find the dead girl in True Detective, she's been systematized: 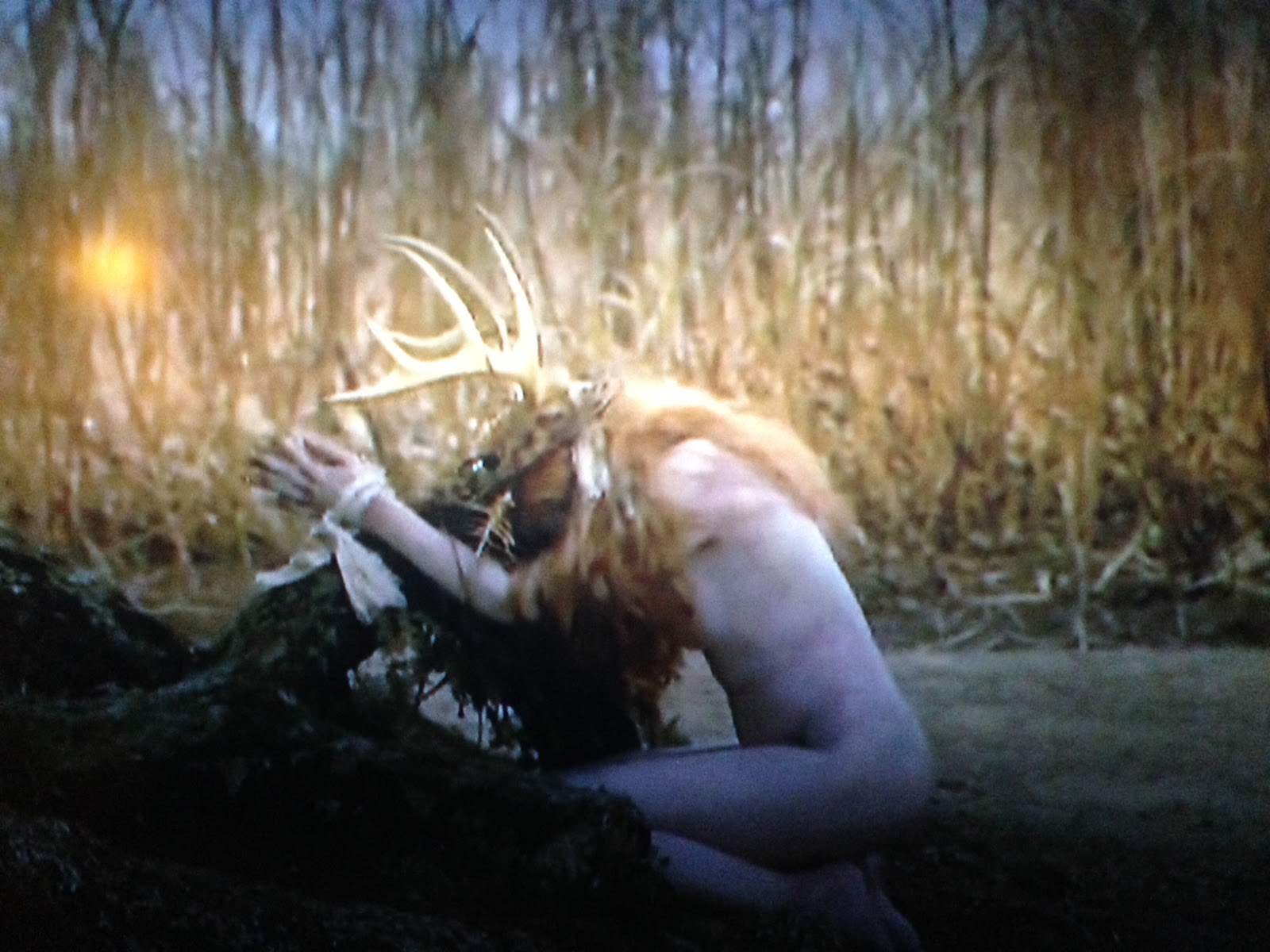 "Ideas what any of this means? [Scoffs] I don't know."

"And it's all primitive. It's like cave paintings. Maybe you ought to talk to an anthropologist."

"I don't think so. Was iconic, planned and in some ways, it was impersonal. Think of the blindfold."

…and that's why it's scary. The system the psychotic is working on here is bigger than a personal reason to kill one person. And that system is enigmatic. It implies two scary things:
-This could happen again
-You may have walked into the system and not even know it

What happens when you're in an enigmatic system? Well suddenly everything you do has a secret meaning you don't know about. Your every action is suddenly loaded with potentially awful significance. As is everything around you.

This is Lovecraftian--and Lovecraft was, as is often noted, not real great about recording or modelling the variety of human personalities. His creatures and intimations doom us all equally.

Kenneth Hite's remarks on such systems:
"…the purest form of cosmic horror, what Lovecraft summed up as the 'idiot god Azathoth,' or what Tim Powers evokes with the djinn in Declare— an intelligence so foreign, so inaccessible, that it can only appear mad or idiotic to us despite its immensity. "

The aboleth, being the closest thing in the Manual to an Old One, has to incarnate this immensity. This is much harder in D&D than in Call of Cthulhu. In Cthulhu there's already an implied understanding of the relevance of psychotic systems to the players: the players know they will discover a murder or a distortion in reality, the players know this will be the work of a thing or the agents of a thing, the layers know there will be knowledge (books, cryptic markings) and these will relate to the thing, and they know the thing, when confronted, will be terrible. A paranoia about being embedded in an awful system is right there on the character sheet from the moment of character creation: Cthulhu Mythos: 1%.

In D&D, the intimations that surround a Lovecraftian leviathan are cheek by jowl with intimations of marauding goblins and intimations of Tiamat and intimations of Loki and every other horror-myth-complex around. If the clues don't all point to Cthulhu, the cosmic horror loses its totalized and totalizing quality--its underneath-everythingness--which is the source of the horror.

And these systems don't match: Loki cares about humans (tricking them), so does Satan (temptation)--Cthulhu doesn't.

I can't think of any easy answer to write into the entry--the only answer would have to be in the GMing. The GM has to build up the alienness slowly, with attention to where the players are at, moodwise.

Metaphysically, I have maybe the beginning of an idea--In A Storm of Wings, M John Harrison creates the Sign of the Locust, which seems to be an insect cult.

The Sign of the Locust is unlike any other religion invented in Viriconium. Its outward forms and observances - its liturgies and rituals, its theurgic or metaphysical speculations, its daily processionals - seem less an attempt by men to express an essentially human invention than the effort of some raw and independent Idea - a theophneustia, existing without recourse to brain or blood: a Muse or demiurge - to express itself.

Which turns out to be what it is: there are alien insects from another world who are slowly supplanting our incompatible human reality with theirs--re-dreaming the whole world so it always was a different way.

True Detective also suggests the killers believe themselves to be in contact with another world--rather conveniently, Carcosa--which we have a supplement all about.

So the aboleth--unlike the demon, devil, quasit--does not belong. Not just to the planet, but to this version of history. It's an intrusion from a completely different interpretion of the planet--from a Carcosa-Earth or a Kadath-Earth.

The Old Ones are non gods, from the wrong Earth, and they are in a war of philosophy. The realm of their adherents--the sea elves and cannibal mermaids--is the water and there is more water than land. The sea is different, and divisions disintegrate there. The total incompatibility of the story of the aboleth-reality with what happened here in ages past during the long wars between all the bearded, spear-carrying gods is real--but they're working on it.
-
-
-

Good. I gotta say I'd never part with slime slaves nor consider them unLovecraftian; take inspiration from Glakki and Insmouth cultsts.

I think I agree with Claytonian. If you view the enslavement less as "I need someone to lug stones from A to B" but as a corruption of thought processes to be more in tune with the un-reality, it works pretty well even in your version of the aboleth. Especially if they are not really slaves per se. They act within the logic framework of the unreality, meaning weirdly or even nonsensically to outside viewers, which leads to them being categorized as mindslaves or cultists, something the normal mind can wrap itself around. That thought-corruption could even be one of your regional effects, making the aboleth sort of a cancer on reality and/or reason.

Hm. Slimecovered aboleth, slime on their surroundings, slime on beaches, jellyfish minions! Jellyfish plagues as a sign of aboleth presence, close to an aboleth jellyfish stings don't poison, they alter flesh and/or minds towards The Other.

Oh, that links nicely to the fish-decolouring ability. Maybe the jellyfish minions were once fish, mermaids or other sea dwellers ... maybe then also change 'turn grey'into 'turn translucent'