First, obligatory Red & Pleasant Land preview. It is actually back from the printer... 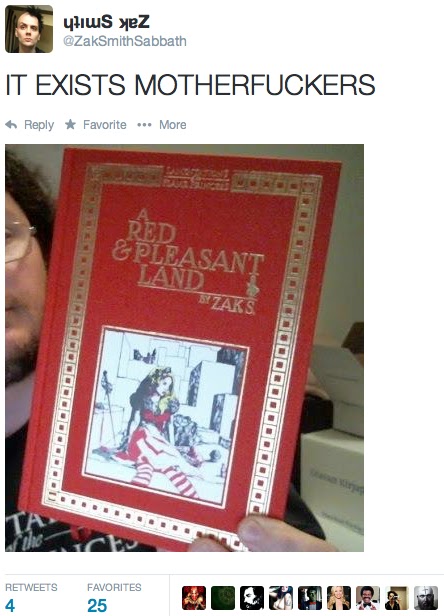 …not quite available to order yet--but soon. Soon. Sooooon.

Anyway, on with fucking up the Monster Manual...

They're big boring insects, in every sense. Unlike real animals or mythical monsters, it hasn't got a stable, imaginable core and unlike other totally made up Gygaxian monsters like the beholder it's never had an illustration that stuck this particular image and not that one into anybody's brain. It's a handful of minor gimmicks glued to a pair of awkwardly mated syllables. 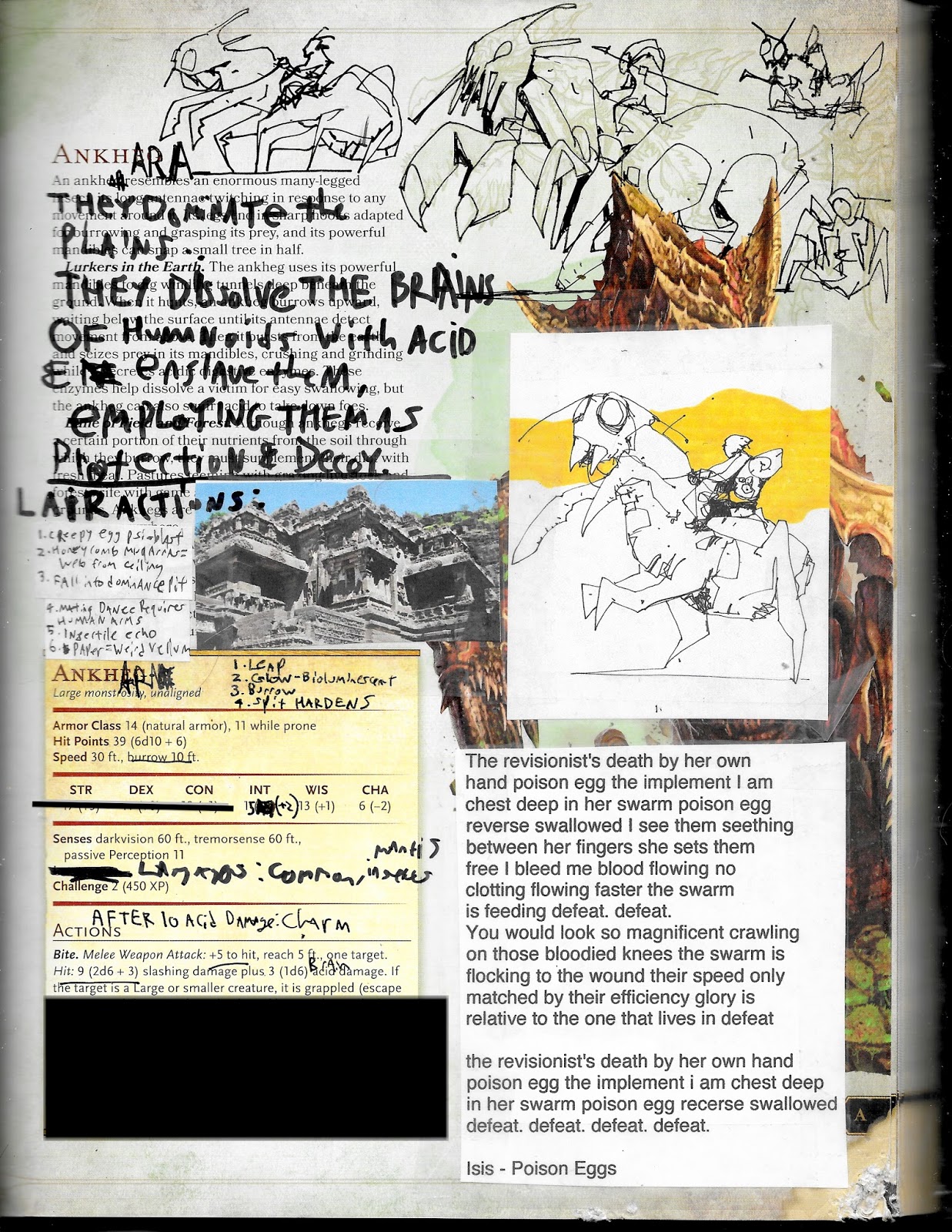 So I changed the name because "ankheg" sounds like the last name of a session keyboardist in an 80s band with a yellow and dark blue album jacket. Rick Ankheg from the Wild Shoulder, y'know, the guys who did "Domes of Passion"? No? Anyway now it's Ankhara.

I made them non-boring so they'd be less boring and obviously redrew them as riding beasts which you can see and why am I even telling you that. But ok, here's the main thing:

The riders are not masters of the beasts, nor even are they Bravestarr-and-Thirty Thirty-like equals: the ankheg controls the rider. Like so many insect empires, they seek to enslave humanoids--uniquely, however, they don't want anyone to know.

So for all your party knows, there's just a ranged panoply of warriors striding boldly across the weatherbeaten plateau atop their chitinous mounts, rearing headlong at the face of a twisting column of  bleak, grey dust. And a violence rings out as the party and the strange cavalry join and mutually assail each other. Then the party slaughters the warriors smugly, but are left tired, bleeding, needing aid. Then and only then do the insects reveal they were the masterminds all the time.

They drag you back to their immensely-sophisticated cave-temple (they can't do the fine carving, so they rip human arms off and slide them over their own pokey arms like gloves) and then let their young batter you psychically by turning your own spoken language into awful insect reverberations (like  locust sounds in a night that only happens between your own ears). If you escape you might walk into sticky honeywax muqarnas falling from the ceiling or a pit where rival subqueens fight using only the limbs of men or find the precious paper they make from spit.

I would steal additional ideas from M. John Harrisons Viriconium novel A Storm of Wings.