Out of the A's in my 5e Monster Manual, and onto: The Banshee.

Made some minor changes (I took a sharpie to the original illustration, stuck some hooks in her hair, threw on some random legends from wikipedia) and some bigger changes:

-The banshee wail breaks all glass and crockery in the area. So your potions will dribble all over your scrolls--though you may not notice right away and when you get home from the dungeon (do you have a home?) you'll be like "Fuuuck", and your roomate's like "What?" and you'll be like "I fought this Banshee and…""And all your sandwiches have Fire Giant strength now." "Yyyyyyyup".

-…or maybe you won't because maybe you'll just be dead because I changed it so you hear the banshee howl once and save or you're unconscious and then again and save or you're dead. Like Silver Banshee in the Superman comics it has to know who you are in order to kill you.

-Now Banshees do not suck: they are fine, gothic and creepy--but ghosts and ethereal undead in general suck in D&D because basically you just hit them with magic or magic weapons and that's not spooky. So I gave a lot of thought to how you'd deal with something ephemeral and semi-real

I put together that idea from the Silver Banshee about the banshee having to know who you are to kill you with something I got while I was reading Heidigger about how things only definitely exist relative to a perceiver and how the banshee is a kind of ghost so that means it's there but not there at the same time and so it's only relatively extant and we can only say we understand a thing's existence to the degree and in the ways we can test it…ok anyway:

Any quality of the banshee only exists so far as the first person in the party to test that specific quality is concerned.

So, very likely, you'll have the party having to cooperate to fight a foe they aren't certain is there--and the banshee can only focus on one party member at a time.

This lasts until the next night (only goes out at night, natchrly) or until one of the characters dies (the condition persists while a PC is unconscious)--in which case the next PC to test the creature can interact with it on the "taken" level.
-
-
-
In othier news, f you liked hearing Mandy's Warhammer army of choice yesterday, Mandy did a post on her tumblr about what she wants to see more of in video games (nsfw)... 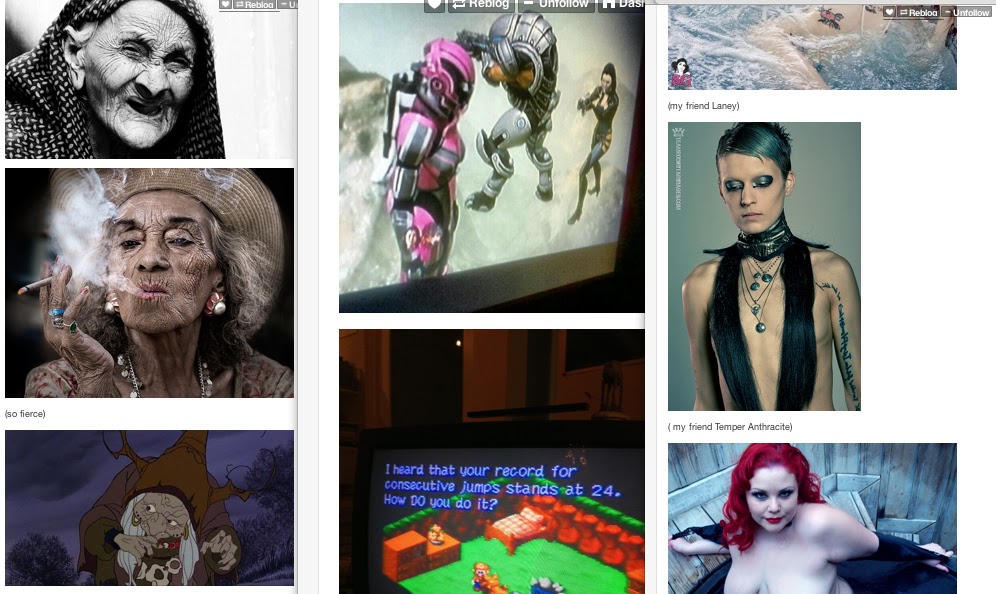 I *really* like the fixed-first idea, especially for how that will cause parties awkwardness.

This. This right here. This is why I read this blog. This is going to happen and my players will hate me for it. Thanks killer.

Clever idea, the "first taken aspect"-thing. Really like it.

Also, should teach players to store potions in metal containers and such. Fragile glass in a fight? Should be lots of breaking all the time.

Hearing Heidegger mentioned in a DnD blog makes this philosophy student more than a little happy.

Tried Heidegger for one semester. Gave me headaches all the time. (But passed the class...)

What I really like about your take on the Banshee, is that she is really a different challenge when you accidentally stumble upon her or when you know it is there and prepare for the battle. Very well done.