I like when new players have to be recruited to rescue old players from ingenious goblins.

I like when everybody thinks they won but then the last beastman standing drags an unconscious PC into the forest saying "Any closer and I cut her throat". 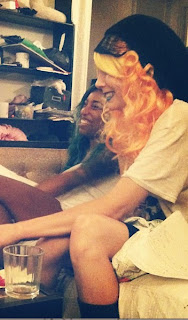 I like being there when it's the first time a girl casts Summon Monster and she closes her eyes and reaches down into the box full of dozens of monsters and pulls out a fucking unicorn. 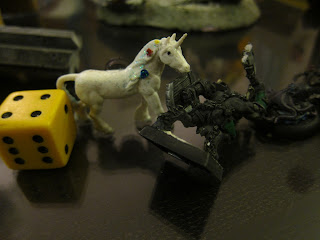 I like getting to describe Cobalt Reach to people for the first time. 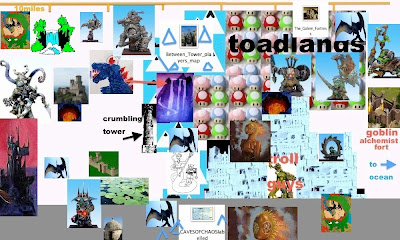 I like when they save the pope of Vornheim from a cage and I get to do his voice.

I like when they get to the shores of the Sea of Ignorance and Pain and I roll to see if there's a ship and there is, and it's full of bards and they get them drunk and they steal their ship.

I like when the druid turns into an octopus. 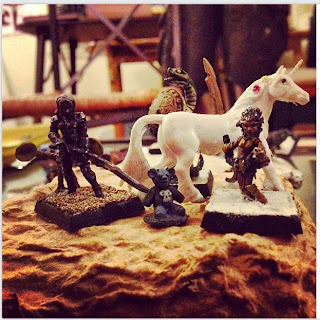 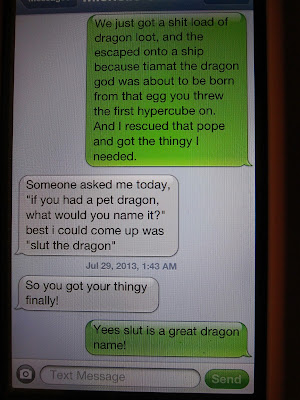 I like the videos the girls made...
One
Two
Three

so, the mini's go into a bag or box? and then they no-look draw one and *that* is their summon monster? brilliant. I like it when I steal tech from Smith.

I'm envious because I've never had a new player to the game to run for (I've run for the same veteran group for two decades), much less three to win over so successfully. Sounds like a great session.

I thought about doing that but I don't have enough mini's . . . and a random table doesn't seem to compete. How would you handle later Summon Monster spells, though? Simply more HD?

I just assume the monster has hd commensurate with the level of the spell.

That Summon Monster idea (with HD commensurate to spell level) is radical. I have tons of minis so I think there's a lot of fun to be had. :)

I like it how you and your crew are so enthusiastic about playing games. It's very refreshing.