So WOTC's Hired Me To Work On 5th Edition 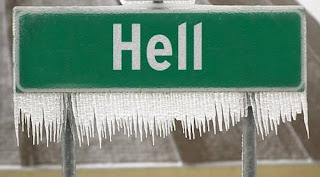 Yep.
Monte Cook reads the blog, Mike Mearls reads the blog, I suppose it was only a matter of time.
So they send me things and I make my computer read them to me while I paint and then I write an email back telling them what I think and how I would've done it and they make me sign stuff and I then I get a check.
Obviously there's this nondisclosure agreement but I can probably say this: half the stuff The Internet thinks is in 5E is stuff the Internet made up. But, y'know, to be expected.
Hellllo Marilith.
___
EDIT: Yes, this was posted April 1st. Still not a joke though.

Glad to hear it! I really hope it's a great product.

I want this to be true so badly, that if it's an April Fool's, I'm gonna be super-pissed.

It's the 2nd where I am which means it's not allowed to be April Fools anymore so there you go. SCIENCE.

Man, I forgot it was April Fools too - there was a momentary flash of optimism. Easy come, easy go.

For the record... WOTC would do a lot for their image and their product if you did join in on project 5e.

They Co-Opted the rpg pundit who was a vocal critic. I guess I could see Zak being involved.

DAMN April 1st! I would absolutely love to see you on the team for 5e xD Would be such a better game, haha!

The question is, does Zak have any ideas for Edition 5.5? No longer sorry to be cynical.

To quote Agent Dale Cooper "a storm is coming.."

If this is April Fool's I'm going to shake fist at screen in in ineffectual tantrum.

The sad thing is I could believe this and at the same time have no hope for 5e.

This is due to almost every single Mearls/Cook column being "Here is a good way to do D&D and here is a shitty way to do D&D but we can't tell the difference so we may just put them both in without telling anyone what the shitty way is."

People put way too much stock in those columns.

Something wicked this way comes?

Greetings, sir - just discovered your enchantingly named blog (the banner photo is top notch, I must say), and have spent time reading through several of your posts. Great stuff. I especially enjoyed the tale of your flight sat next to a 19 year old Navy gal. Looking forward to reading more.

At least change the art direction, Zak. Some of your paintings or some rotoscoped photos of Mandy and the girl torturing an ork. The rukes will please some and deter others regardless of what you guys do.

I doubt they could afford to have me paint something.

funny enough..I sent monte cook a message about a month back giving him some feedback. In that message I told him about Vornheim city kit and how THATS the kind of book i use almost every session. Then I went on about how they should probably take some cues from you.. etc. Alas I wish they'd hire you.

"Artists with taste/class outside of D&D's art budget.."

I hope for the best.

D&D5e will be invested with the spirit of Rhodopis the Hetaera! I suppose I should add "Blessed Be!" or the more propo "Kalo Pasca!".