VIEW THEM THEY ARE PICTURES! 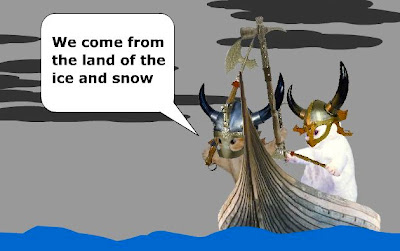 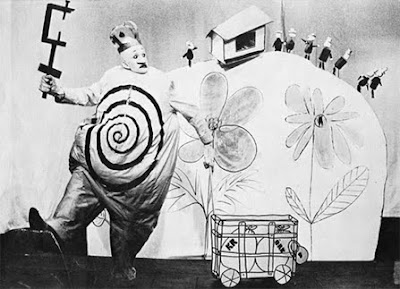 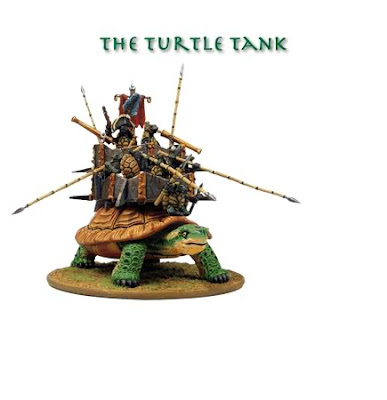 Self explanatory. Or maybe it isn't: THIS IS AWESOME MAKE MINIATURES LIKE THIS. 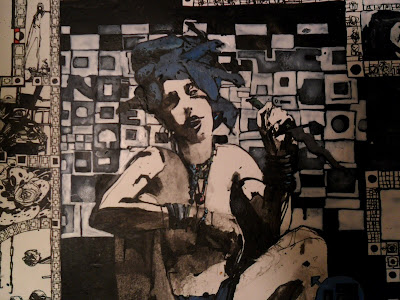 Blue medusa. One of mine. Acrylic paint on paper. 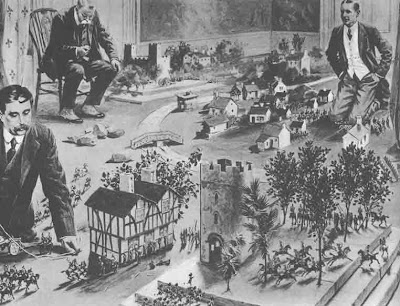 "We got two forces of toy soldiers, set out a lumpish Encyclopaedic land upon the carpet, and began to play. " -HG Wells 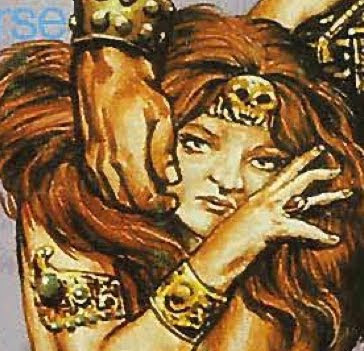 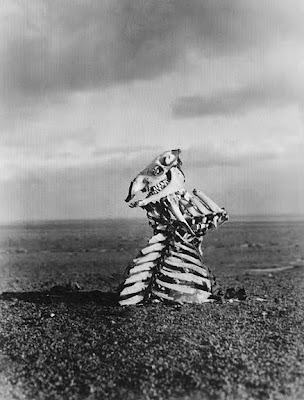 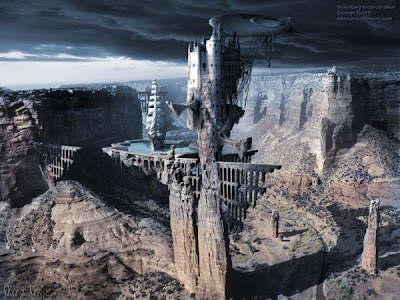 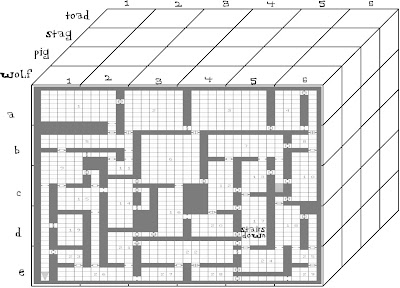 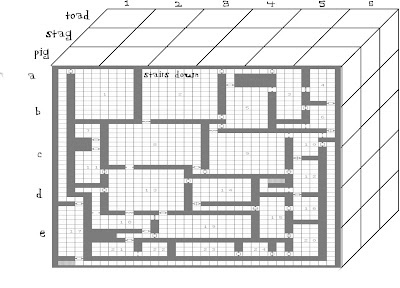 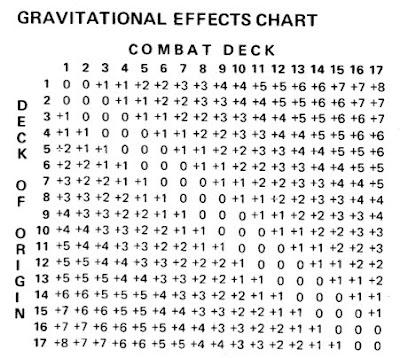 Good crunch from Metamorphosis Alpha. The further you are from your native gravity the more it affects combat. 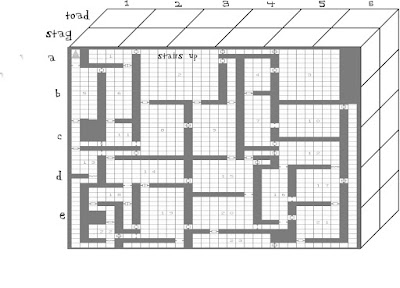 Now that Go Make Me Repetitive And Intolerant is over, there's no go-to aggregator for sexy female D&D pix. Anyone want to start a tumblr called Female Fighters In Unreasonable Armor? 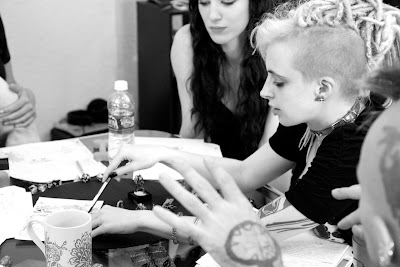 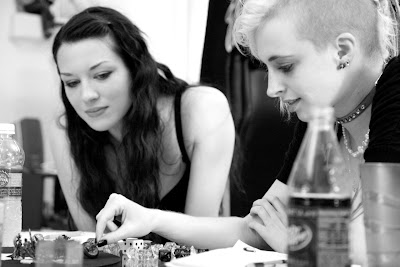 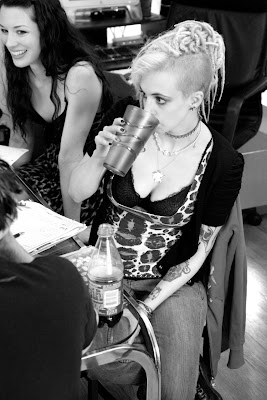 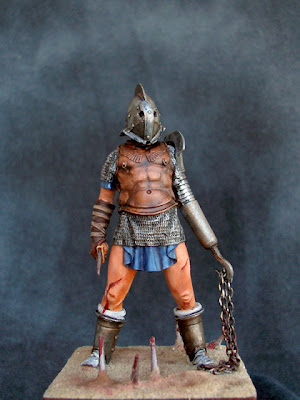 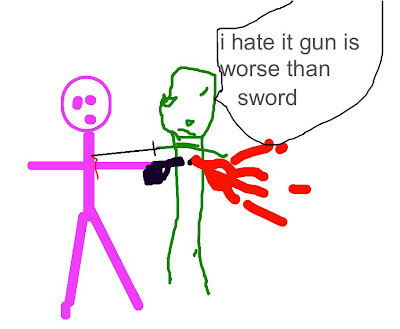 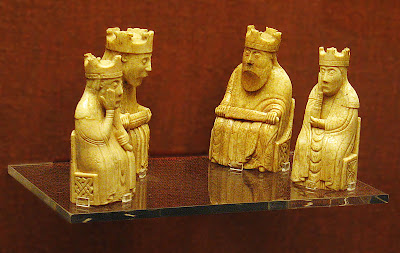 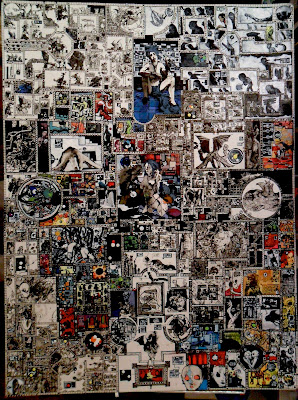 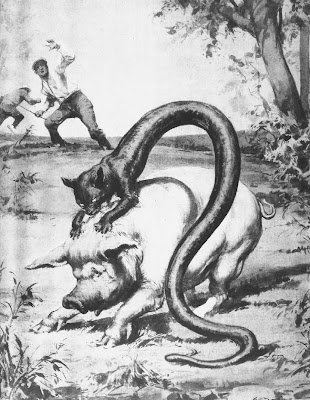 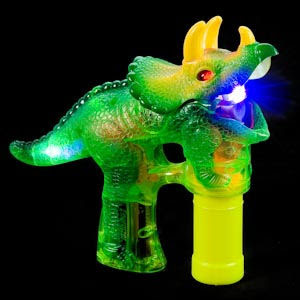 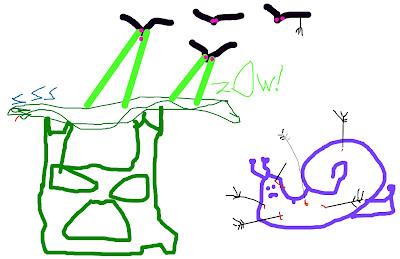 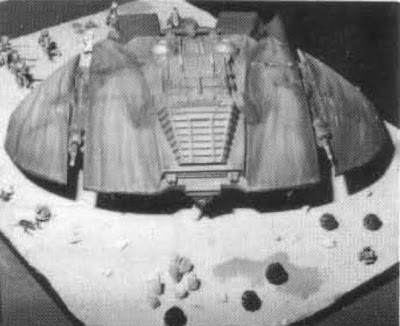 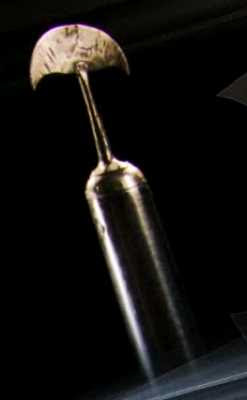 The scissor. An old gladiator weapon. 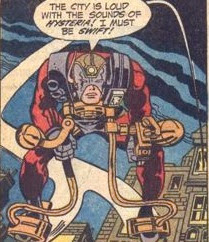 I been there, man. 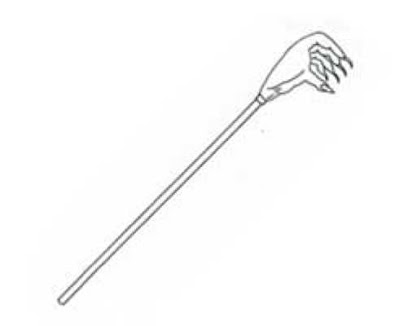 I guess Ubu Roi is something else I need to learn about after I'm done with Three Kingdoms.

H. G. Wells: Greg Costikyan, one of the original writers of Paranoia, has a good writeup here.

Gravitational Effects: Those charts always annoy me because you could just say "Subtract smaller from larger, divide by 2 and round down".

The flying dude is, of course, Orion, son of Darkseid...just in case anyone might not have known...

I still want a magic Zhua.

The Thing That Should Not Be said...

You know the spaceship from White Dwarf is a Cylon ship from the original Battlestar Galactica right?

I am such a massive nerd.

Cool stuff. Where did that panthersnake attacking the pig come from??

BTW, the "roadsign" is a camel skeleton road marking from the Black Gobi desert:

Speaking of gladiators & "scissors," there is a model by the same people who made the gladiator model you posted-- Pegaso?-- with the "scissor" that I have always been fond of.

Also, that panthersnake picture-- & others like it, because this is the internet & of course there are pictures of kitten heads on snake bodies-- was the basis of my friend Maggie's very first familiar.

Also, if you like cute little things in chainmail bikinis, retro space suits and the like then swing over to Reaper and check out their mouseling minis. Perfect for any female geek.

Anyone want to start a tumblr called Female Fighters In Unreasonable Armor?

Thank you SO MUCH for using the proper word! I become filled with massive grammar nerd rage whenever people use the noun "women" as an adjective whenever they mean "female".

Ah, i know how to make links work: Female Fighters In Unreasonable Armor

Walking into a radiation zone and growing a second head, tentacles, or becoming albe to shoot lazer beams out of your crotch == Plausible

FWIW, the spooky chess pieces are from the "Isle of Lewis" medieval chess set. http://en.wikipedia.org/wiki/Lewis_chessmen

Some day, when I have $100 or so to spend on a set of chess pieces, I'm getting a set of IoL replicas.

This is the best example of a woman in Unreasonable Armor.

where should we send submissions to Female Fighters In Unreasonable Armor?

Criminy, that map is beautiful.

If you can make a poster/giclee/whatever out of that painting, I'll pay $150-300 depending on dimensions plus shipping to the Land of Lost Parcels.

hey Fishlemons!
Feel free to reblog stuff off of my Tumbr; the earlier months of this year have a lot of terribly unreasonable armor.

I'm trying to envision the kind of dude who would a zhua as his main weapon.

Seems scary enough, but it also seems like a one way ticket to a wuxia ass kicking and a headfirst fall into a pigsty while the villagers you've been terrorizing gather around to point and laugh.

I guess body part themed weaponry doesn't tend to throw off "hero" vibes to me. There are probably counterexamples...

Although I guess if a guy was coming at me with a mace shaped like a pancreas he'd get a +1 to hit just from confusion...

I agree, though for some reason a zhua with a claw on each end seems more heroic. or the king on the end of a chain

@Zak S
Perhaps I'm not parsing what you said properly, or perhaps it is a typo, but anybody who uses a king on a chain as a weapon has stepped up from heroic to epic cosmic badass. (I suppose the king he or she was using to beat their enemies to death with would probably be pretty badass too if they wanted to get more than a single use out of him.)

but the mistake was better than what i meant

I thought as much, but I concur about the typo's potential...

Perhaps once could link two kings together and have kingchucks.