I Always Imagine Monsters As Being Terribly Lonely 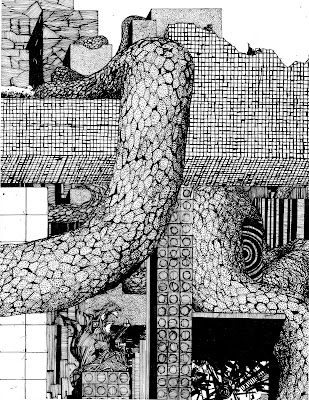 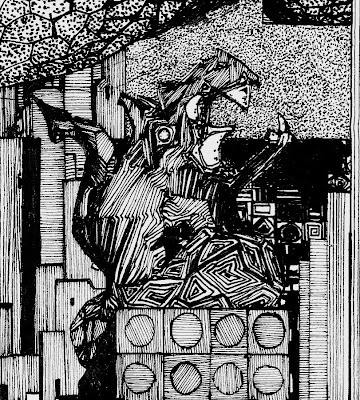 May the gods help the poor adventurers if that thing is NOT lonely! I imagine running into a whole gaggle of castle spanning serpents (flock? swarm?) would really ruin my day if I was just in it for the loot.

- Okay, what is going on... did you rig your word verification? For my first post it was "fogie" (as in we're not all a bunch of old fogies playing D&D) and this one was "thong".

Wasn't there something floating around the blogosphere a while back about true monstrosity being a function of uniqueness. I want to blame E.G.Palmer (Old Guard) for it with his weird ideas about random dragons, spontaneous generation and the like...

I really like these drawings...they have a really Edward Gorey feel to them.

@Chris; spontaneous generation is the best excuse for populating a dungeon, & lets you get away with ALL kinds of stupidity: "oh well the iron golems were around, some broke, rust mephits spontaneously generated, the rust monsters moved in, & that paved the way for bigger predators..."