Are You Twittering? There's No Twittering in D&D! 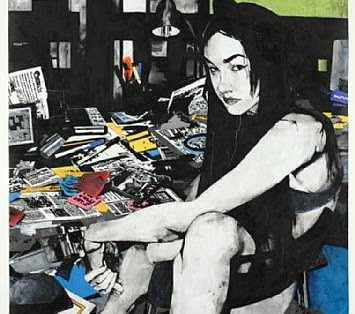 Last week me and Mandy and one other person were over at Sasha's big house watching movies and she said "This is the most people we've ever had over here."

Point being: Sasha Grey is a workaholic.

So anyway, we managed to get Sasha to take a break between Paris and editing her upcoming book long enough to learn to play D&D on the first episode of this D&D T.V. show someone's paying us to make. Details in the future.

Frankie:
o hai, just sitting across from you playing d&d!

KimberlyKane:
@SashaGrey Your not really playing your just snickering! LOL

Connie:
Shit! I just got a critical hit to my head and fell down a 60ft shaft. I'm Fucked! 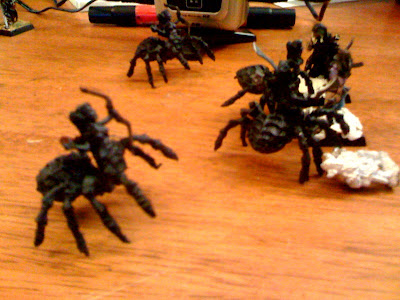 Kimberly:
@sashagrey and my character sheet 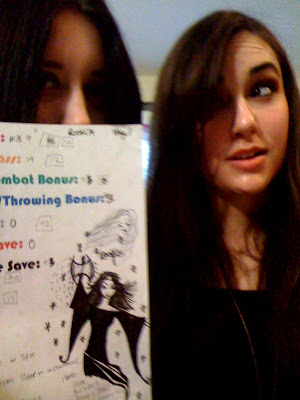 Kimberly:
Zero will save

(they had gotten into the wine by this point)

Connie:
We killed the dark elves and spider ladies. We have entered the goblin palace. Game over.

Any chance of a scan of Kimberly's character sheet?

Excellent, yes no twittering during the game and booze must be freely available. Some of my best DMing done under the influence.

Excellent. What a magnificent coalescence of rich and varied aspects of our culture. Long may it endure.

Sasha Grey's beena favorite of mine for a while now (OG, baby!), but to hear that she's played D&D? I think I just had a small heart attack.

I confess I've tried to log my D&D game on Twitter twice with marginal success, but I chalk that up to tapping it out on a Nintendo DSi. But I do try to stay focused on the game, and it helps me do so at those times when my character is on the sidelines. I certainly wouldn't think it would work the same way for everyone.

At least it's not as bad as two other players in my group who bring their laptops and play WoW between their turns.

I have a strict two drink minimum at my table. This is rigidly enforced and not up to debate.

Awesome post, though again I must protest the distinct lack of mentioning (only once!? bah!) or showing pics of Frankie.

@Sir Allen: I have a similar rule. Whether it's beer or the harder stuff, I've noticed that alcohol past a certain point only gets in the way of the game.

But I've seen "that green herb" turn okay gamers into masters of the art after a few tokes or five. Again, as long as they don't get smashed or whatever it's okay.

In agreement, sometimes alcohol can make or break a session - it's all about balance. Snacks can be a problem too - too crunchy and nobody can hear anyone else speak.

@GrimJesta: You misread my post. I have a two drink MINIMUM. The drink maximum is enforced only by the player's CON score and how early he has to work the next day.

Ditto on Sasha Grey. I happened by some of her work while browsing a certain on-line library and I was quite, um, pleased. She sounds like she's living my dream life - Zak's description of her pretty much sums up everything I wish I'd done with life. :)

Does Sasha Grey still not know about Taylor Swift? How about NetHack?